The Hopfield Neural Networks, invented by Dr John J. Hopfield consists of one layer of ‘n’ fully connected recurrent neurons. It is generally used in performing auto association and optimization tasks. It is calculated using a converging interactive process and it generates a different response than our normal neural nets.

Discrete Hopfield Network: It is a fully interconnected neural network where each unit is connected to every other unit. It behaves in a discrete manner, i.e. it gives finite distinct output, generally of two types:

The weights associated with this network is symmetric in nature and has the following properties.

Fig 1 shows a sample representation of a Discrete Hopfield Neural Network architecture having the following elements. 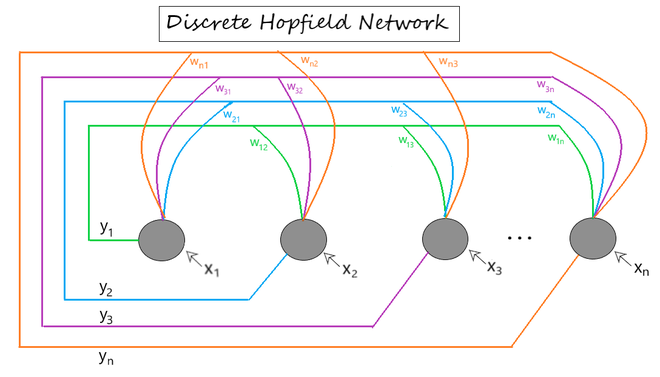 (i.e. weights here have no self connection)

(where θi (threshold) and is normally taken as 0)

Consider the following problem. We are required to create Discrete Hopfield Network with bipolar representation of input vector as [1 1 1 -1] or [1 1 1 0] (in case of binary representation) is stored in the network. Test the hopfield network with missing entries in the first and second component of the stored vector (i.e. [0 0 1 0]). 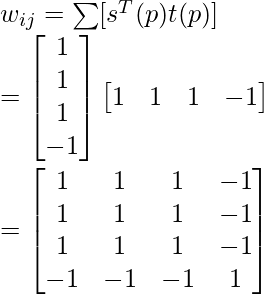 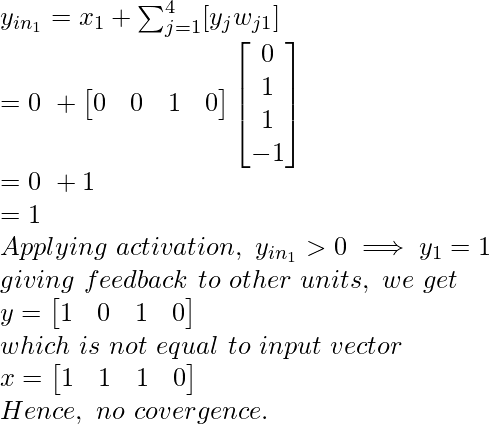 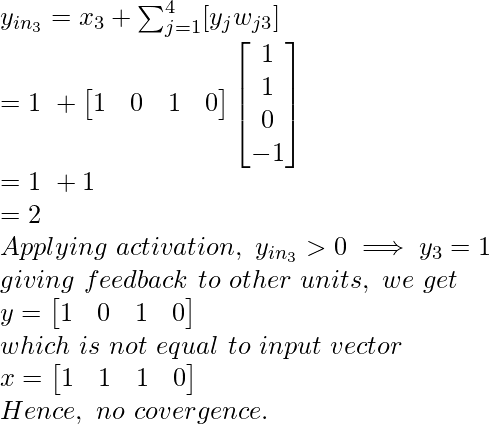 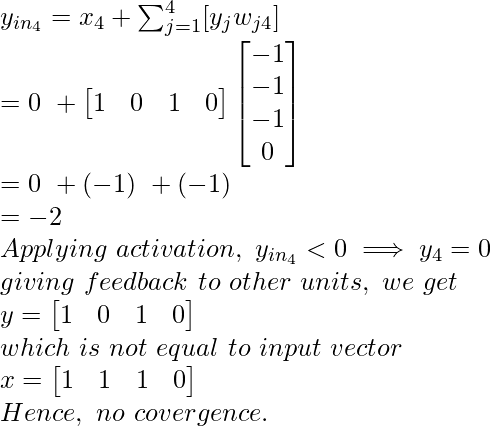 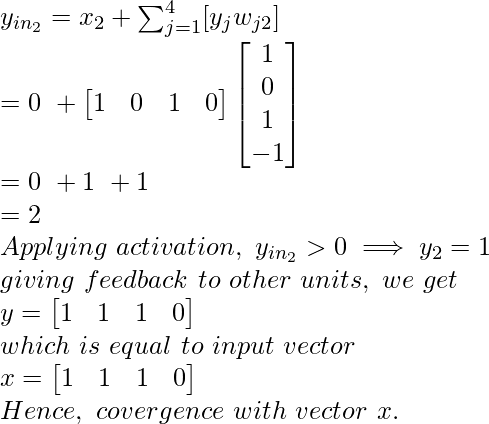 Continuous Hopfield Network: Unlike the discrete hopfield networks, here the time parameter is treated as a continuous variable. So, instead of getting binary/bipolar outputs, we can obtain values that lie between 0 and 1. It can be used to solve constrained optimization and associative memory problems. The output is defined as:

To determine if the network will converge to a stable configuration, we see if the energy function reaches its minimum by:

The network is bound to converge if the activity of each neuron wrt time is given by the following differential equation: