In Hierarchical Clustering, the aim is to produce a hierarchical series of nested clusters. A diagram called Dendrogram (A Dendrogram is a tree-like diagram that statistics the sequences of merges or splits) graphically represents this hierarchy and is an inverted tree that describes the order in which factors are merged (bottom-up view) or clusters are broken up (top-down view).

The basic method to generate hierarchical clustering is

1. Agglomerative: Initially consider every data point as an individual Cluster and at every step, merge the nearest pairs of the cluster. (It is a bottom-up method). At first, every dataset is considered as an individual entity or cluster. At every iteration, the clusters merge with different clusters until one cluster is formed.

The algorithm for Agglomerative Hierarchical Clustering is:

Note: This is just a demonstration of how the actual algorithm works no calculation has been performed below all the proximity among the clusters is assumed. 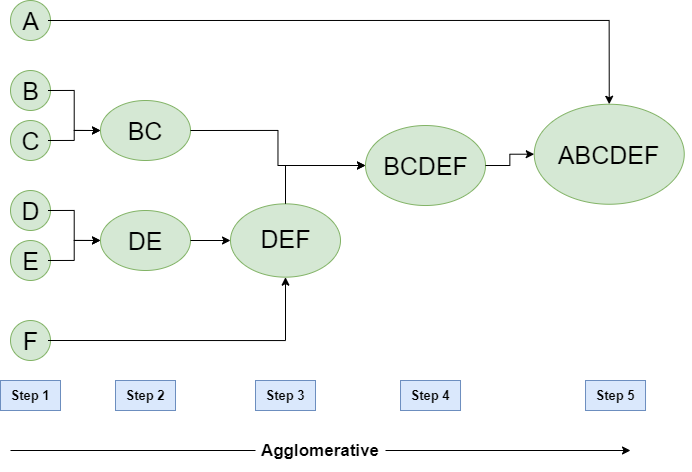 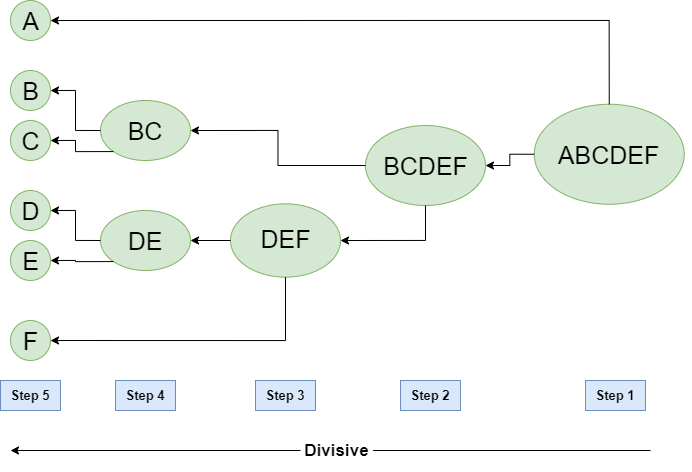