Wireless LAN is used to transmit data from one device to another without using connected medium. There are normally several problems in wireless LAN. One of them is Hidden Station Problem (HSP).

How to prevent HSP?
Hidden Station Problem (HSP) can be prevented by using handshake frames.

In the below shown diagram, RTS message from B reaches A bot not C. However, both B and C are within range of A. CTS message containing duration of data transmission from B to A, reaches C. Thus C knows some hidden station is using channel and does not transmit until that duration is over. 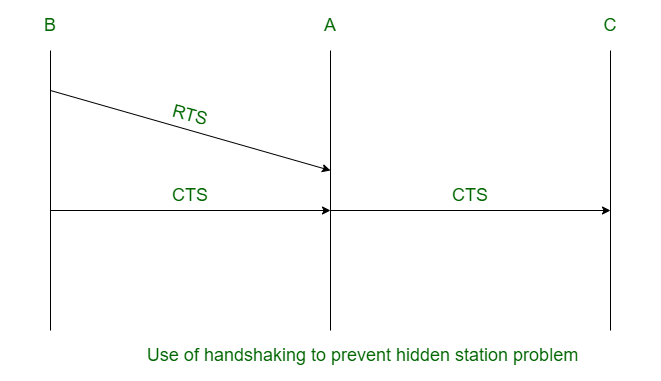