These were the modules for which the tool uses the publicly available data to get information about the target. You don’t need to do much because it will automatically configure itself using the bash command. The interactive console provides a number of helpful features, such as command completion and contextual help. Hawkscan is a web reconnaissance tool written in python. It has so many modules, database interaction, built-in convenience functions, interactive help, and command completion, Hawkscan provides a powerful environment in which open source web-based reconnaissance can be conducted, and we can gather all information.

Installation of the Hawkscan Tool

Step 1: Open your Kali Linux operating system. Move to desktop. Here you have to create a directory called hawkscan. In this directory, you have to install the tool. To move to desktop use the following command. 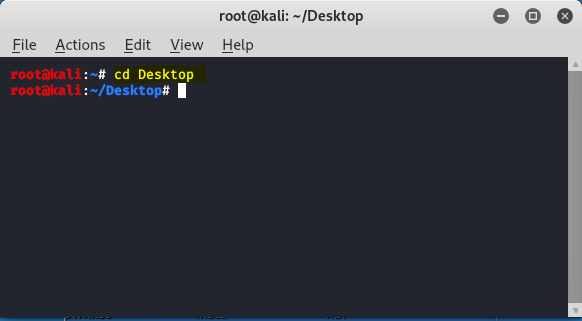 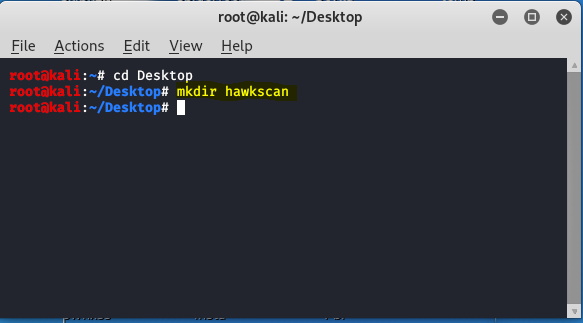 Step 3: You have created a directory. Now use the following command to move into that directory. 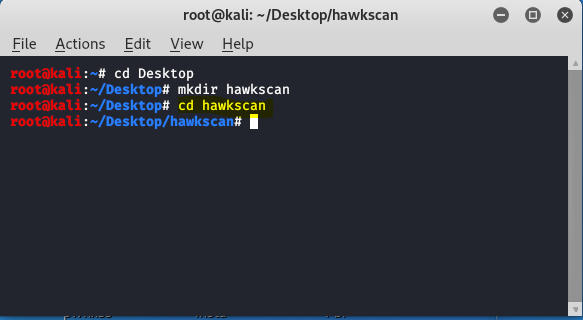 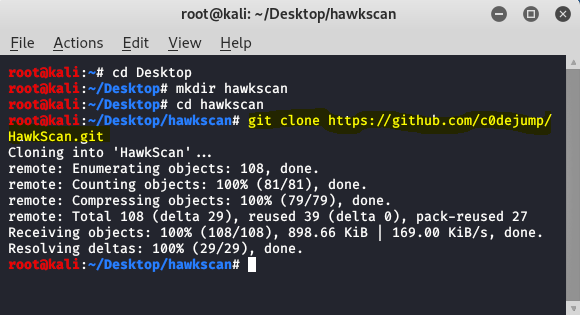 Step 5: The tool has been downloaded to your system now use the following command to list out the contents of the directory. 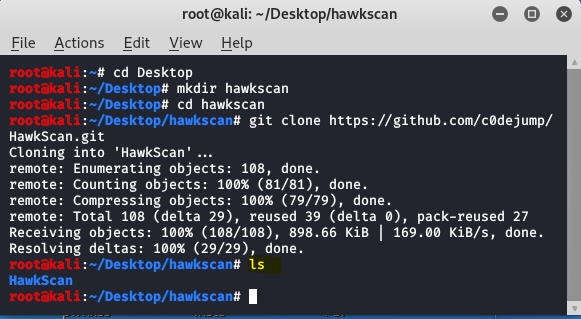 Step 6: You can see there is a directory called HawkScan. Move to this directory using the following command. 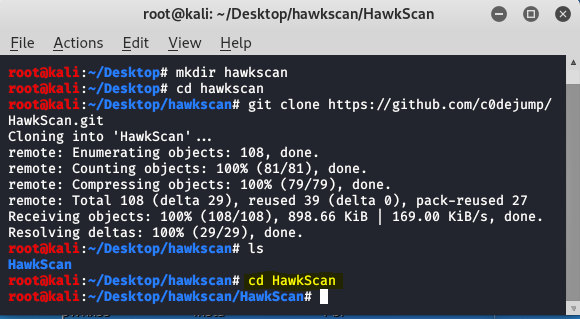 Step 7: Now you are in the directory HawkScan. Use the following command to list out the contents of the directory. 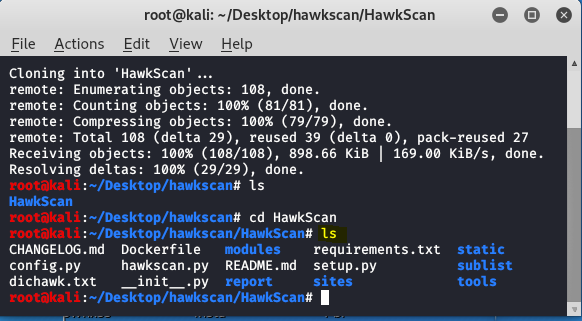 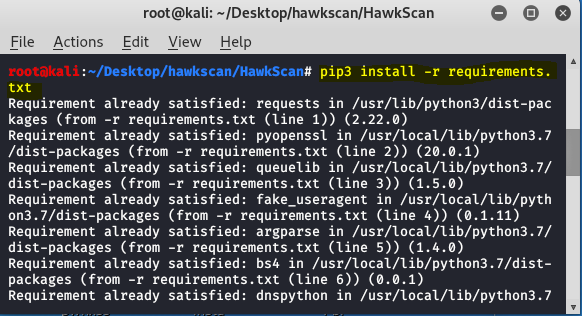 Step 9: Now you have to give the permission of the execution to the tool. Use the following commands to give permissions. 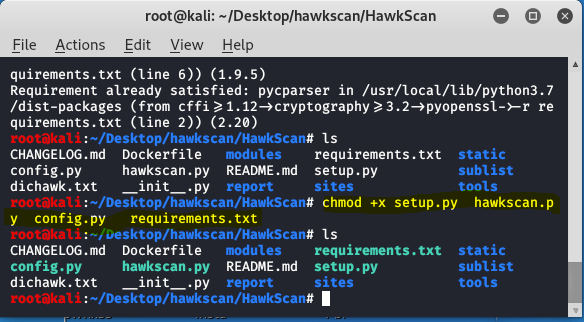 Step 10: Now to run the tool along with the help menu of the tool use the following command. 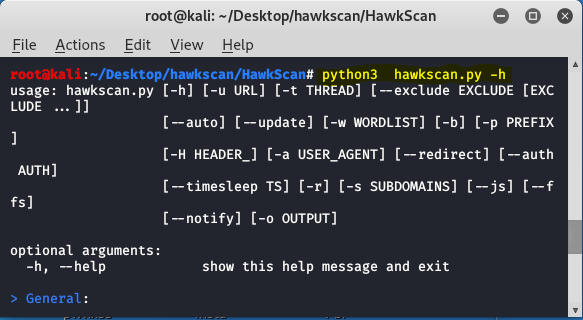 You can see that the tool is running successfully. Now we will see some examples of how to use the tool.

Use this command to scan a website. We have taken testphp.vulnweb.com. 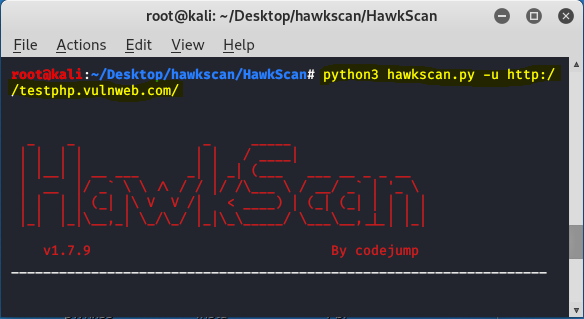 These are the details we got from scanning the test.php.vulnhub.com. Similarly, you can do on your target.HawkScan interface is very similar to Metasploit 1 and Metasploit 2. HawkScan provides a command-line interface that you can run on Kali Linux. This tool can be used to get information about our target(domain) website and IP address.