Hashing is a cryptographic method that can be used to authenticate the authenticity and integrity of various types of information. It is widely used in authentication systems to circumvent storing plaintext passwords in databases but is also used to authenticate files, documents, and other types of data. This makes the communication between sender and receiver more secure. Although it’s not totally secure, there are various tools that can crack the hashes and get the results in plain text format. Hash-Buster is an automated tool developed in the Python Language which cracks all types of hashes in seconds.

Hash-Buster tool can automatically detect the type of hash also tool can identify hashes from a directory, recursively. Hash-buster tool is available on the GitHub platform, it’s free and open-source to use. 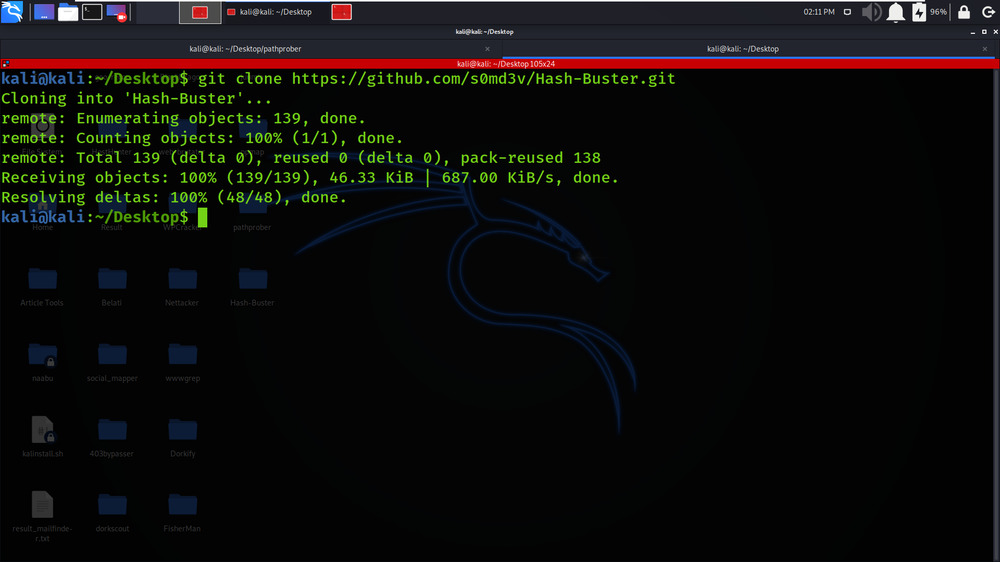 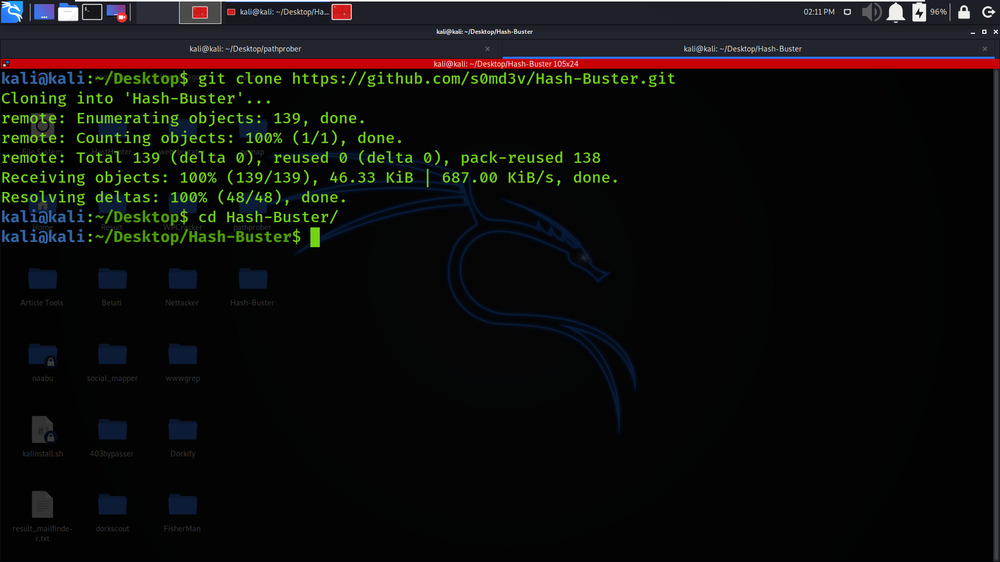 Step 3: You are in the directory of the Hash-Buster. Now install the tool by using the following command. 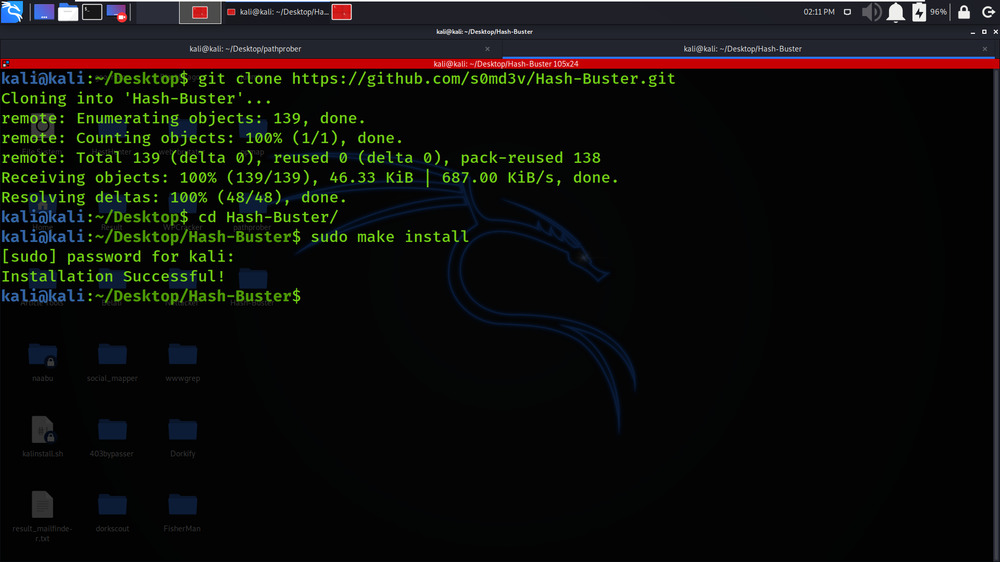 Step 4: Now use the following command to run the tool and check the help section. 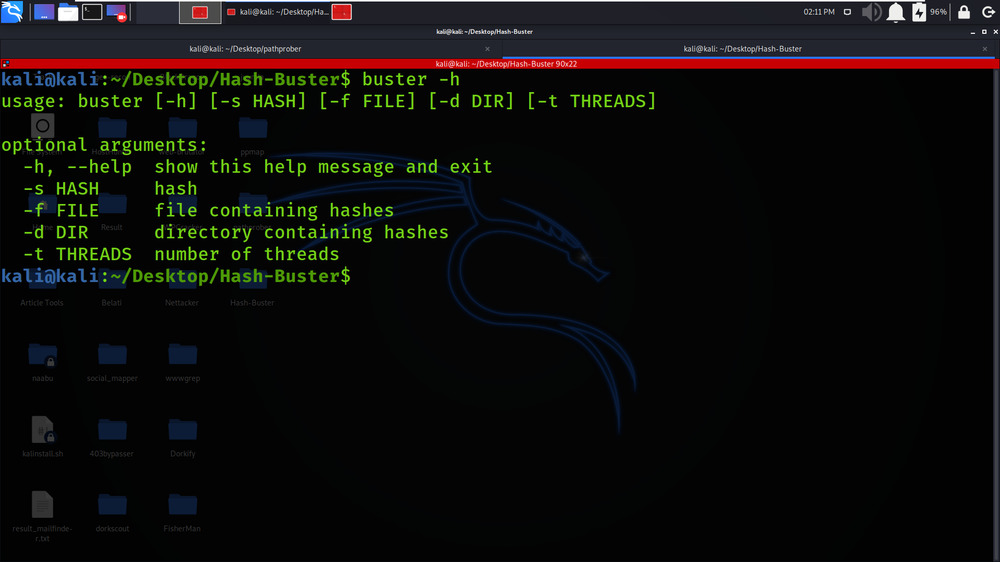 In this example, we are cracking the single hash which is inputted by using the -s tag. 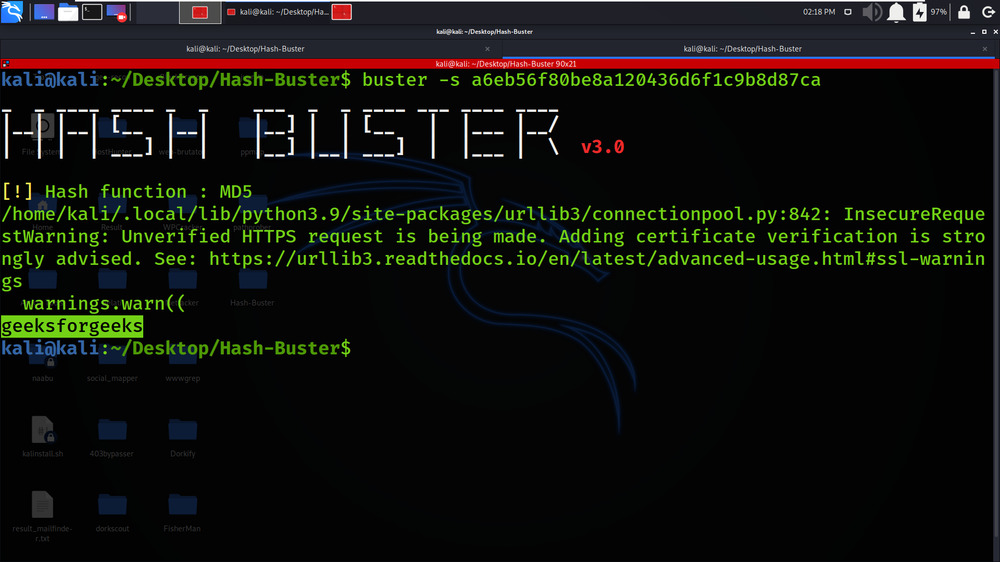 Example 2: Finding hashes from a directory

In this example, the tool will search the hashes in the directory and it will be cracked. 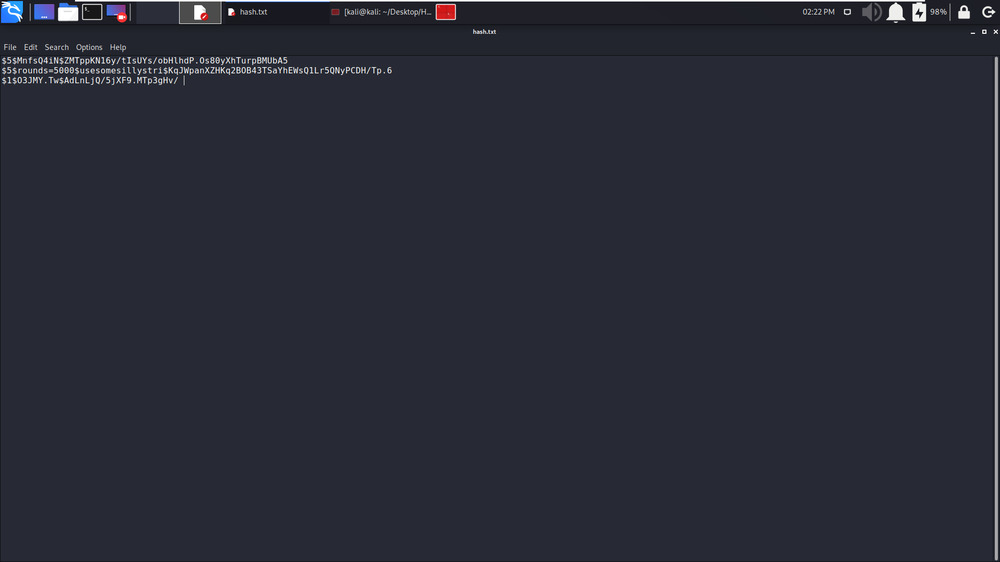 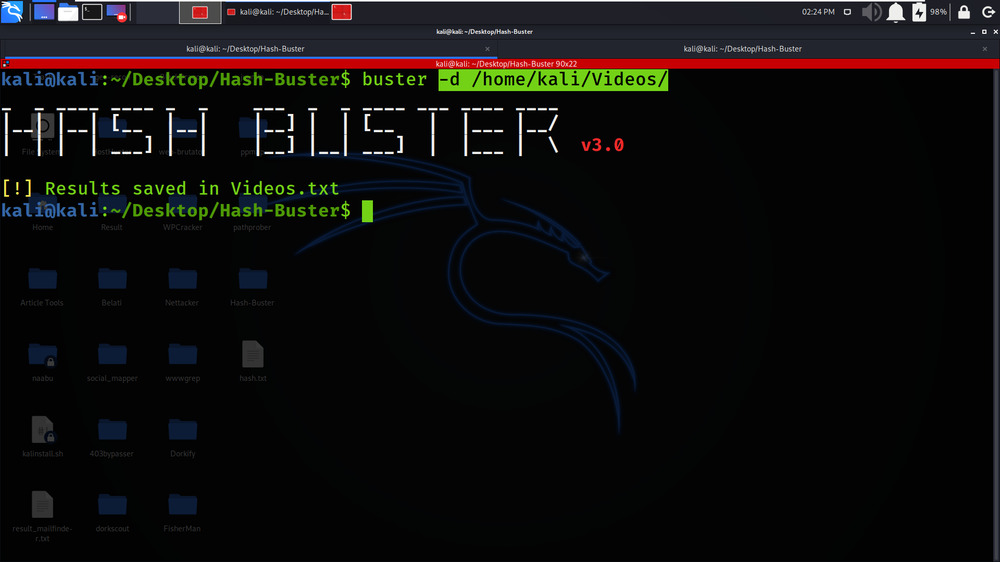 Cracked hash results are displayed in the below screenshot. 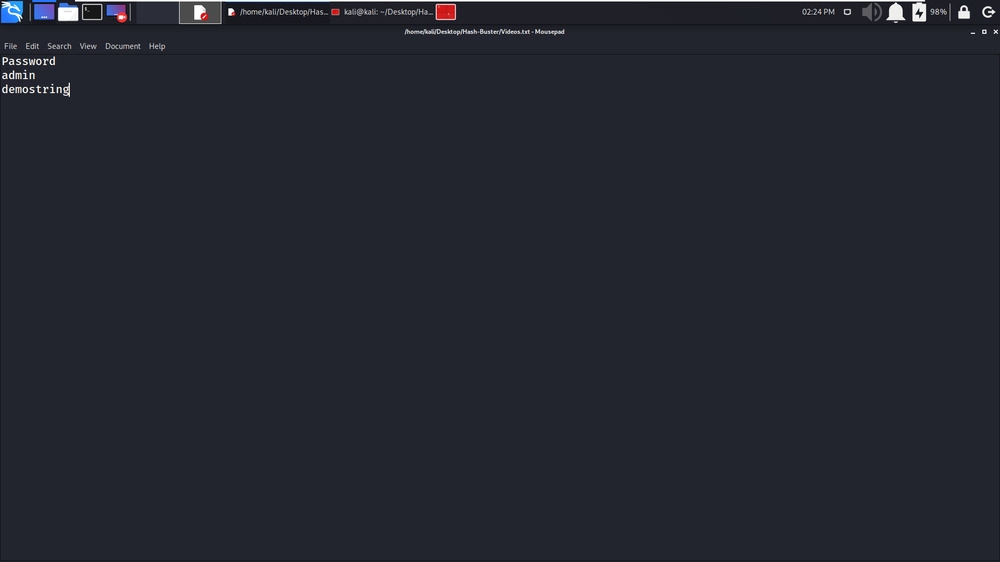 Example 3: Cracking hashes from a file

In this example, we will be cracking multiple hashes which are specified in the hashes.txt file. 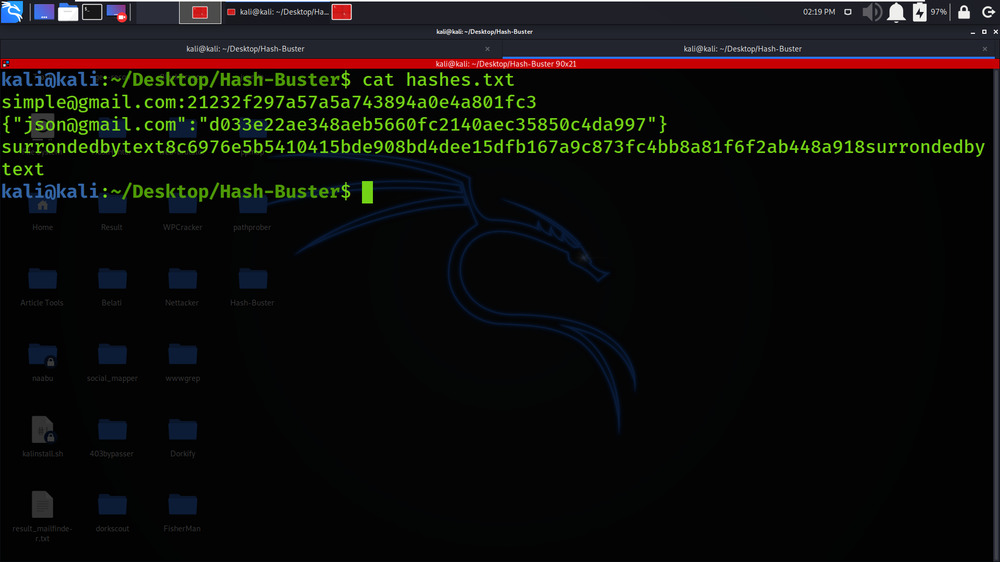 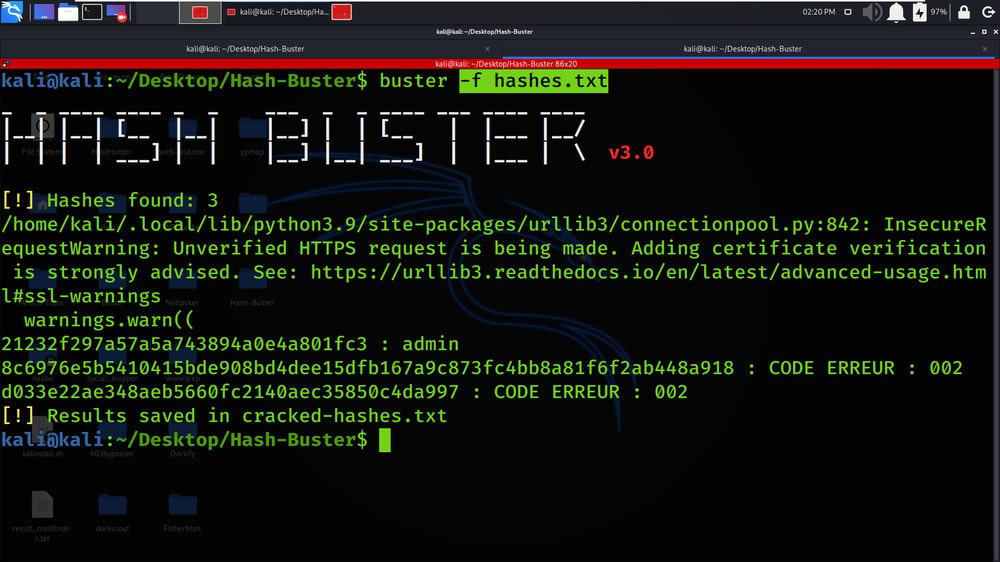 Results are displayed in the below screenshot. 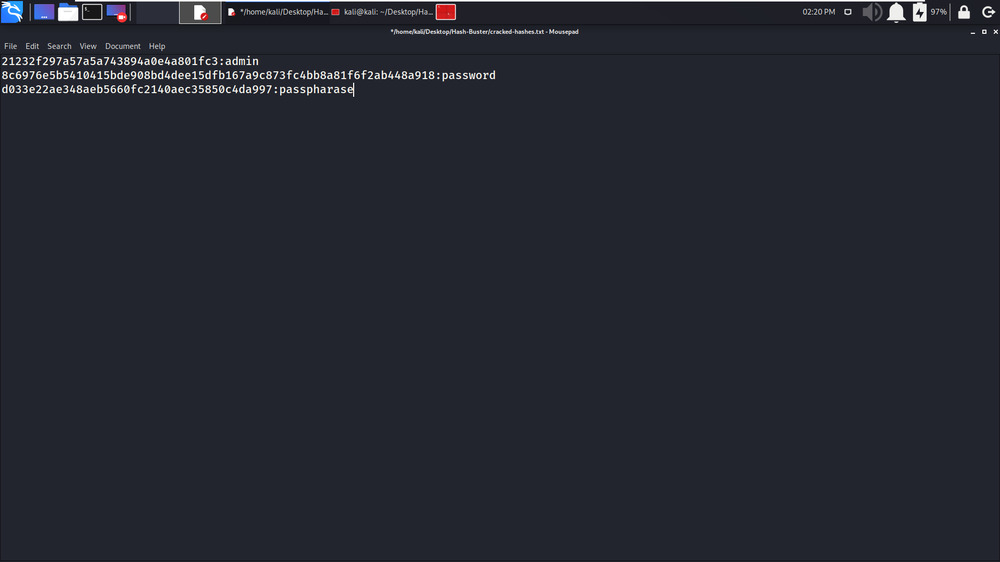 In this example, we are specifying the value of threads for faster execution. 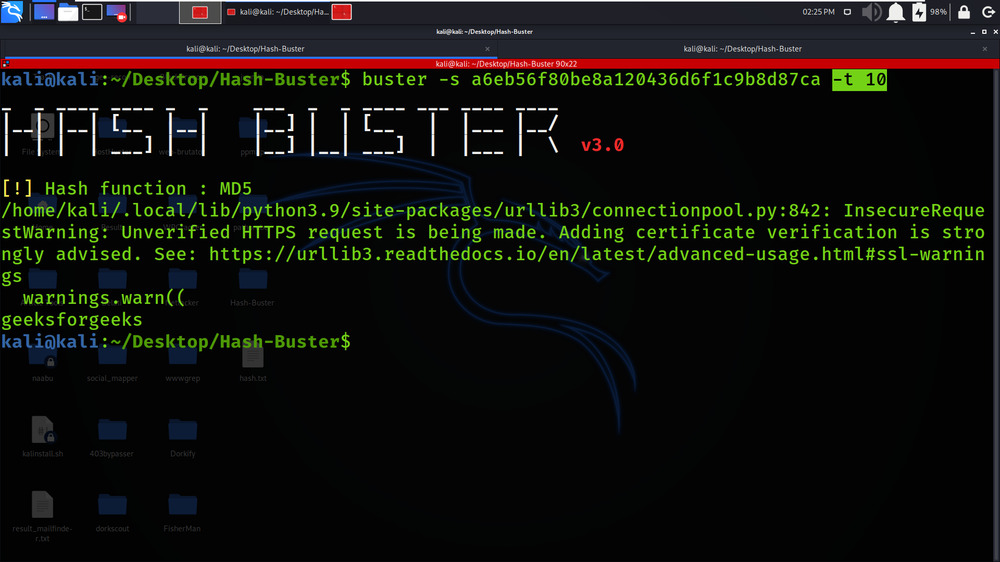 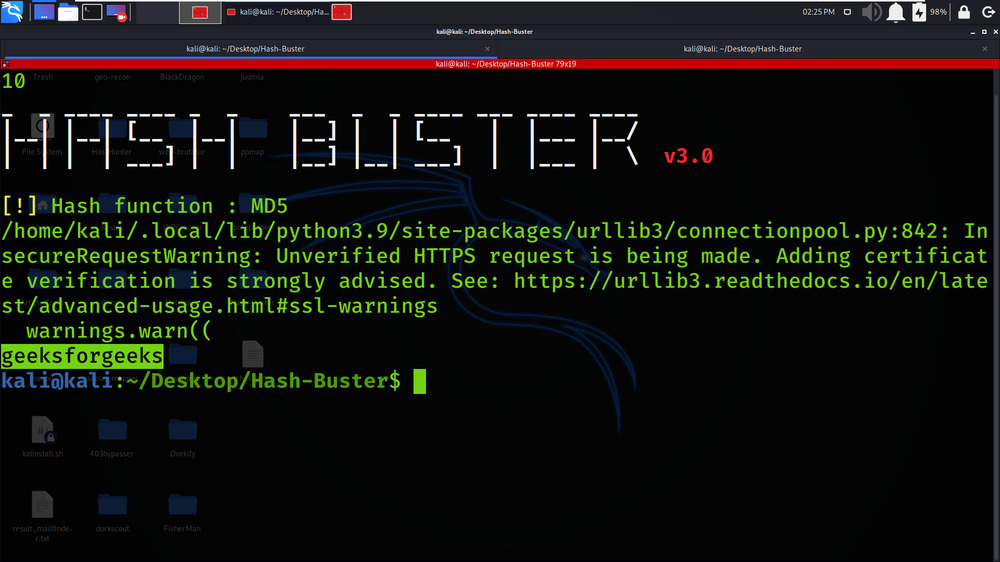