In Terms of Hardware security, It is a malicious modification of the circuitry of an IC chip. It is done during the design or fabrication of chip (i.e. The chip is modified without the possible knowledge of the person who designed it. )

A Hardware Trojan (HT) is categorized by two things –

Properties of a Hardware Trojan –

Whenever the HT wakes up , the entire activity that the Trojan performs or executes is known as payload.

Components of a Hardware Trojan –

It contains a trigger and a payload 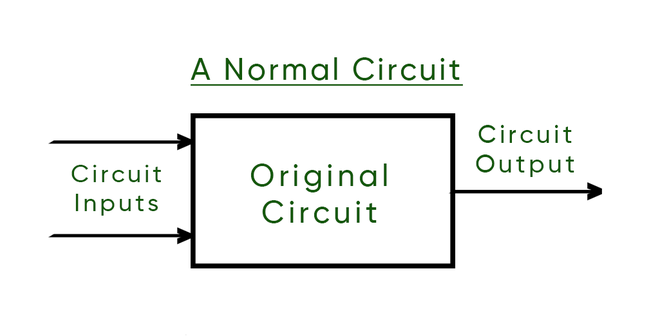 (a) A Typical Circuit 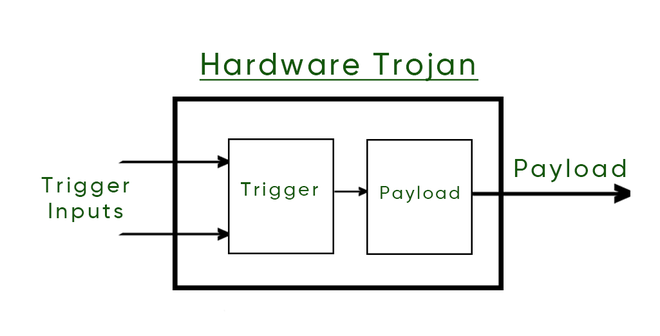 (b) A Hardware Trojan 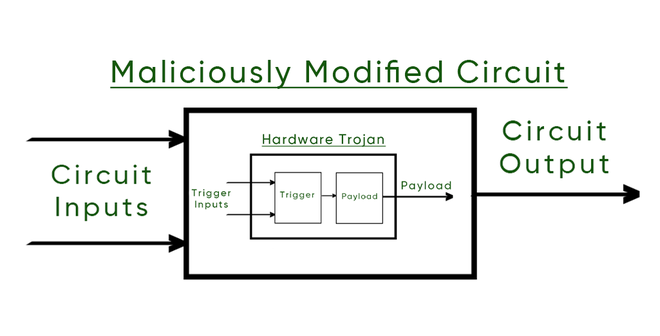 It is maliciously placed in the original circuit. User doesn’t know about this because most of the time circuit will behave normally, but sometimes it behaves unpredictably / maliciously whenever it wakes up. As shown in the above diagrams.

Reasons why it might get inserted into a chip –

But there are some evidences that they do exist –