The definition of a powerful person has changed in this world. A powerful is one who has access to the data. This is because data is increasing at a tremendous rate. Suppose we are living in 100% data world. Then 90% of the data is produced in the last 2 to 4 years. This is because now when a child is born, before her mother, she first faces the flash of the camera. All these pictures and videos are nothing but data. Similarly, there is data of emails, various smartphone applications, statistical data, etc. All this data has the enormous power to affect various incidents and trends. This data is not only used by companies to affect their consumers but also by politicians to affect elections. This huge data is referred to as Big Data. In such a world, where data is being produced at such an exponential rate, it needs to maintained, analyzed, and tackled. This is where Hadoop creeps in.

Hadoop is a framework of the open source set of tools distributed under Apache License. It is used to manage data, store data, and process data for various big data applications running under clustered systems. In the previous years, Big Data was defined by the “3Vs” but now there are “5Vs” of Big Data which are also termed as the characteristics of Big Data.

Evolution of Hadoop: Hadoop was designed by Doug Cutting and Michael Cafarella in 2005. The design of Hadoop is inspired by Google. Hadoop stores the huge amount of data through a system called Hadoop Distributed File System (HDFS) and processes this data with the technology of Map Reduce. The designs of HDFS and Map Reduce are inspired by the Google File System (GFS) and Map Reduce. In the year 2000 Google suddenly overtook all existing search engines and became the most popular and profitable search engine. The success of Google was attributed to its unique Google File System and Map Reduce. No one except Google knew about this, till that time. So, in the year 2003 Google released some papers on GFS. But it was not enough to understand the overall working of Google. So in 2004, Google again released the remaining papers. The two enthusiasts Doug Cutting and Michael Cafarella studied those papers and designed what is called, Hadoop in the year 2005. Doug’s son had a toy elephant whose name was Hadoop and thus Doug and Michael gave their new creation, the name “Hadoop” and hence the symbol “toy elephant.” This is how Hadoop evolved. Thus the designs of HDFS and Map Reduced though created by Doug Cutting and Michael Cafarella, but are originally inspired by Google. For more details about the evolution of Hadoop, you can refer to Hadoop | History or Evolution.

Traditional Approach: Suppose we want to process a data. In the traditional approach, we used to store data on local machines. This data was then processed. Now as data started increasing, the local machines or computers were not capable enough to store this huge data set. So, data was then started to be stored on remote servers. Now suppose we need to process that data. So, in the traditional approach, this data has to be fetched from the servers and then processed upon. Suppose this data is of 500 GB. Now, practically it is very complex and expensive to fetch this data. This approach is also called Enterprise Approach.
In the new Hadoop Approach, instead of fetching the data on local machines we send the query to the data. Obviously, the query to process the data will not be as huge as the data itself. Moreover, at the server, the query is divided into several parts. All these parts process the data simultaneously. This is called parallel execution and is possible because of Map Reduce. So, now not only there is no need to fetch the data, but also the processing takes lesser time. The result of the query is then sent to the user. Thus the Hadoop makes data storage, processing and analyzing way easier than its traditional approach.

How the components of Hadoop make it as a solution for Big Data?

Hadoop Versions: Till now there are three versions of Hadoop as follows. 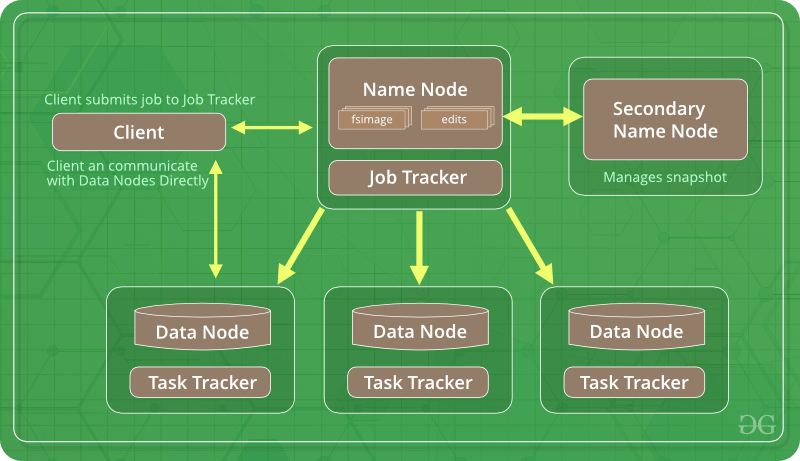 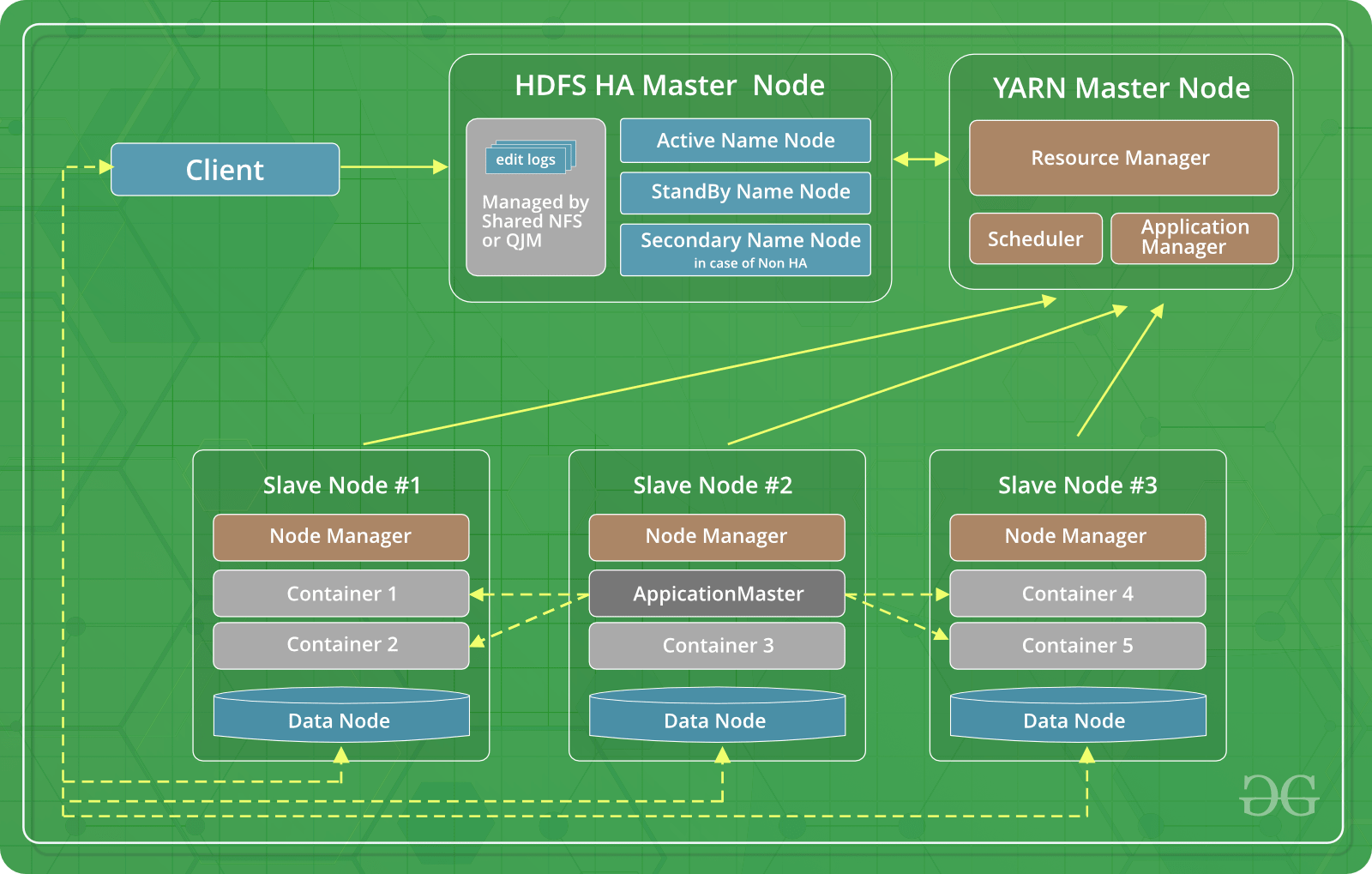