hackerEnv – A Vulnerability Finder and Exploiter

Network Scanning and Exploitation are the phases where access to the target system is performed. Many famous services can be exploited like FTP, Telnet, etc. Due to improper security checks, there can be a route to the attacker. hackerEnv is an automated tool developed in the  Bash Language that rapidly performs port scanning and also scans the target IP address for Vulnerabilities and gets the exploits to form the Searchsploit utility. hackerEnv tool is available on the GitHub platform, it’s free and open-source to use. hackerEnv tool uses other tools such as hydra, Nmap, Nikto, Metasploit and works in kali Linux and also in Parrot OS. 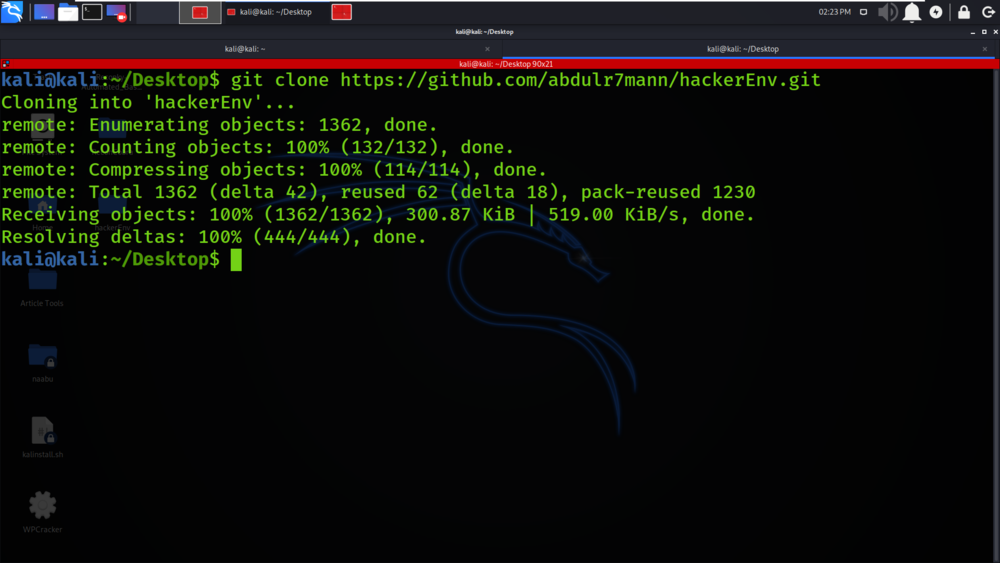 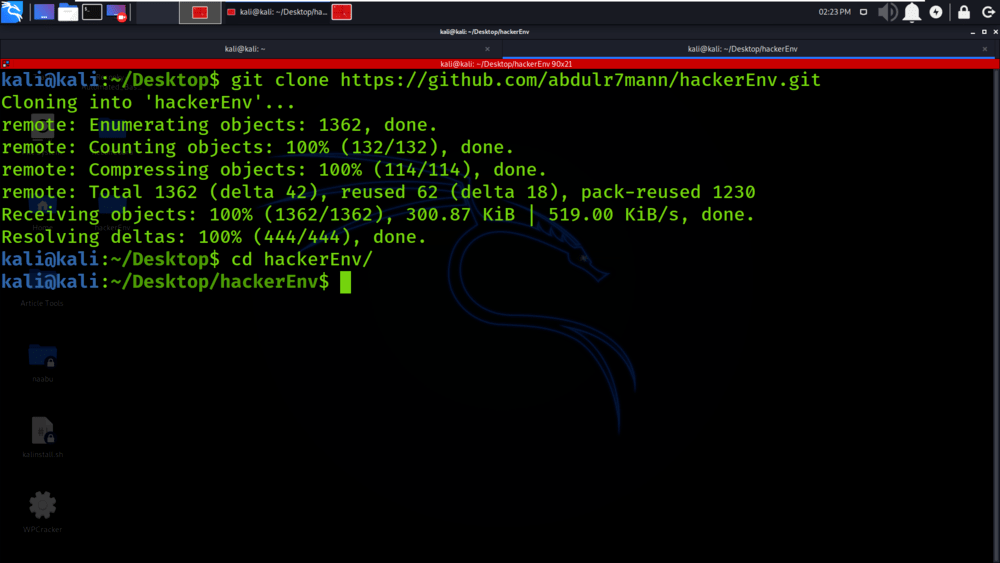 Step 3: Change the permissions of hackerEnv file by using the following command. 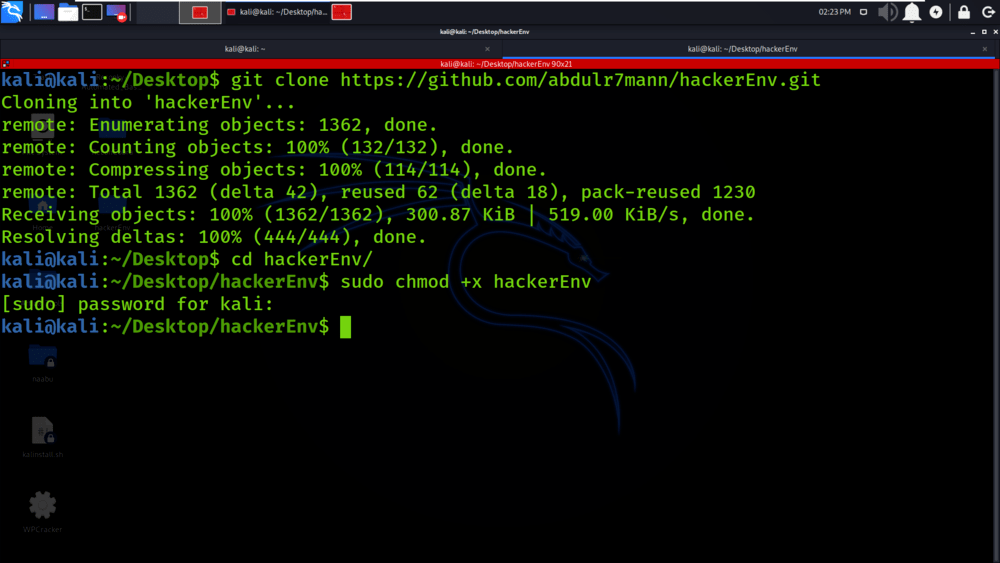 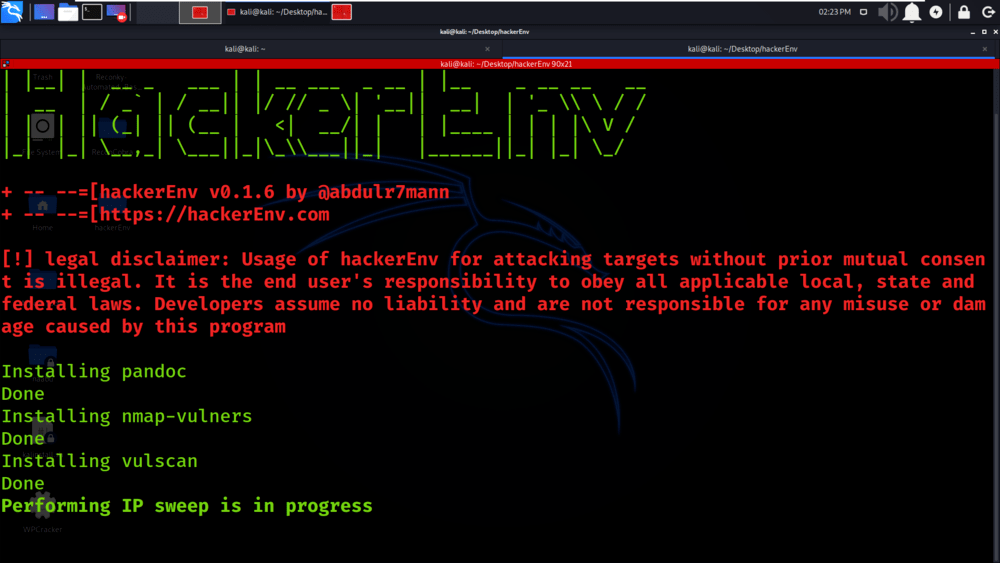 Step 5: Here is the help command with which we can see the features of the tool. 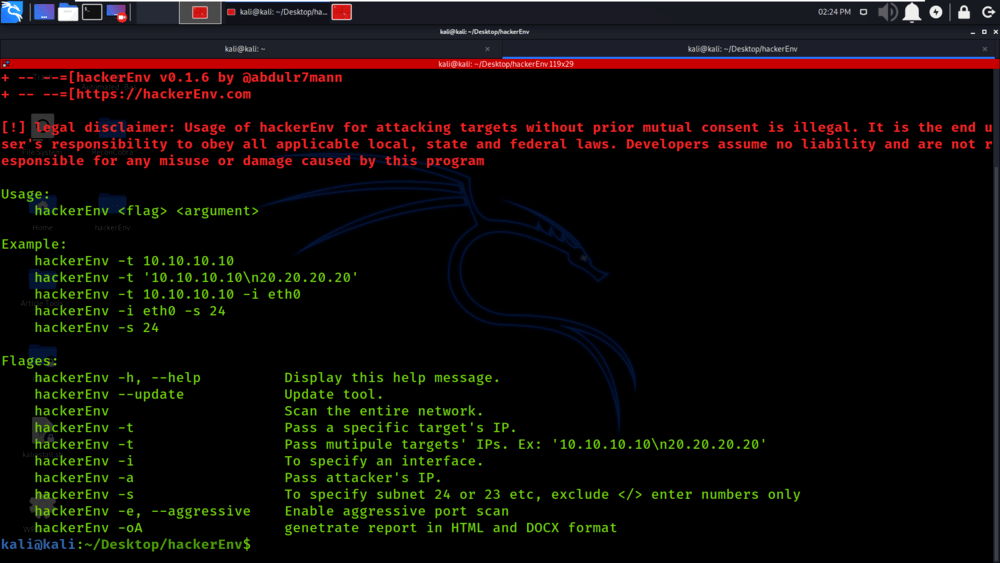 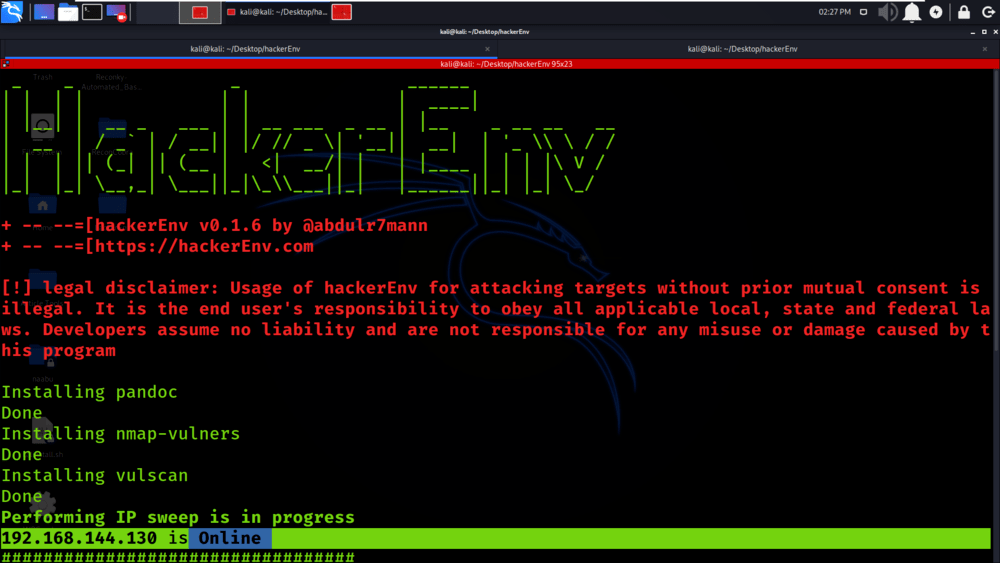 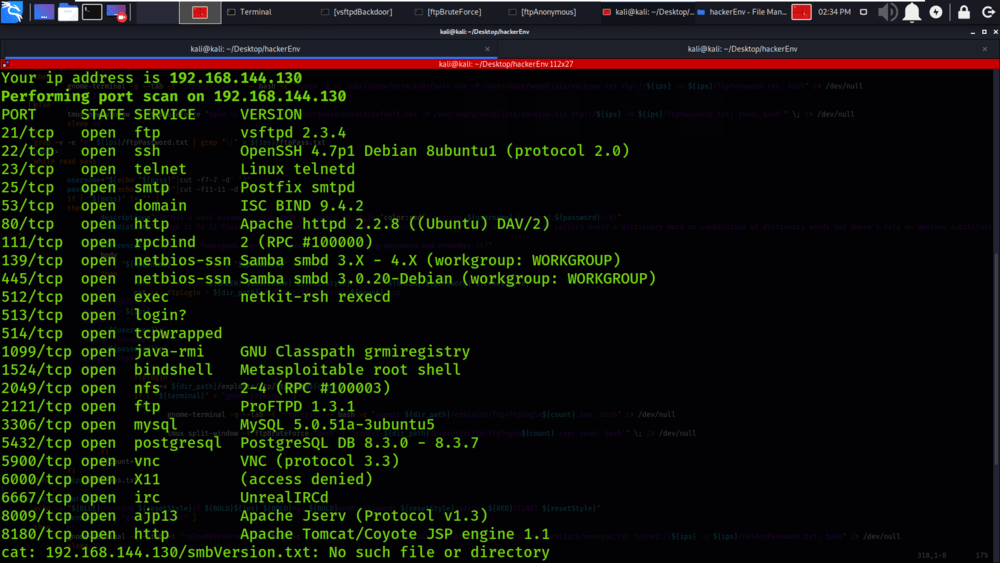 We have got the vulnerabilities that can be exploited. 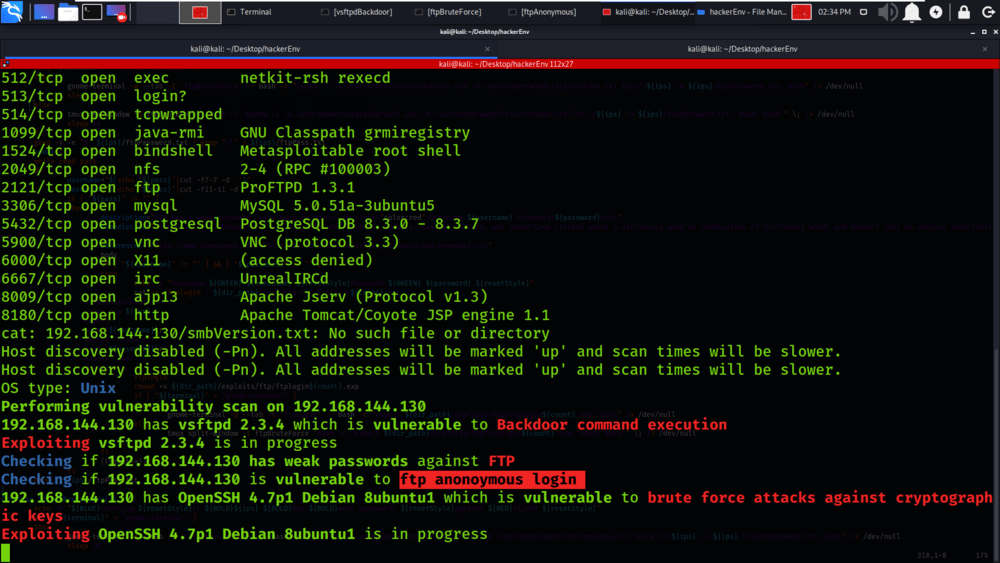 As FTP was vulnerable on the target IP, hackerEnv tool has exploited it automatically. 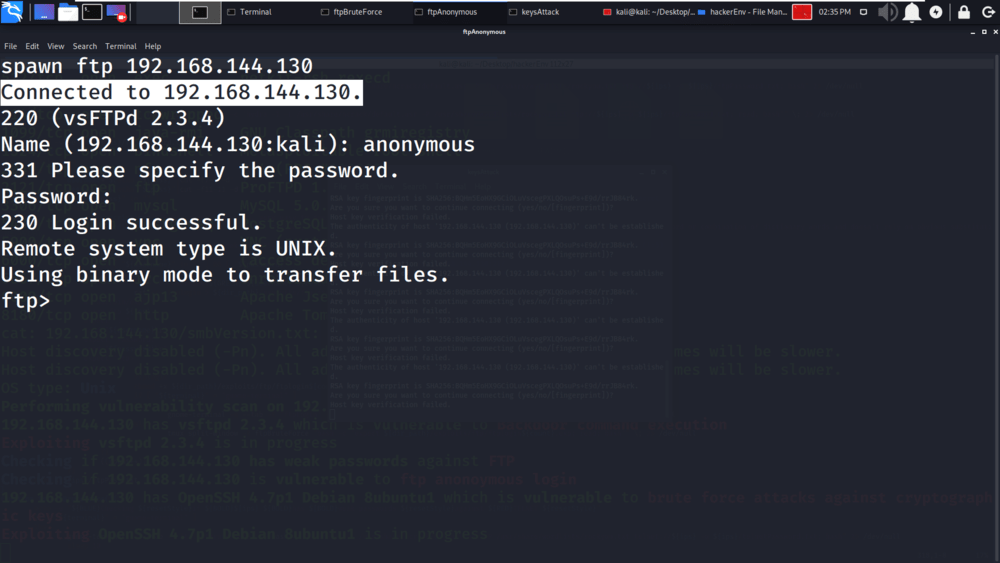 In this example, we are enabling the aggressive scan for more results. 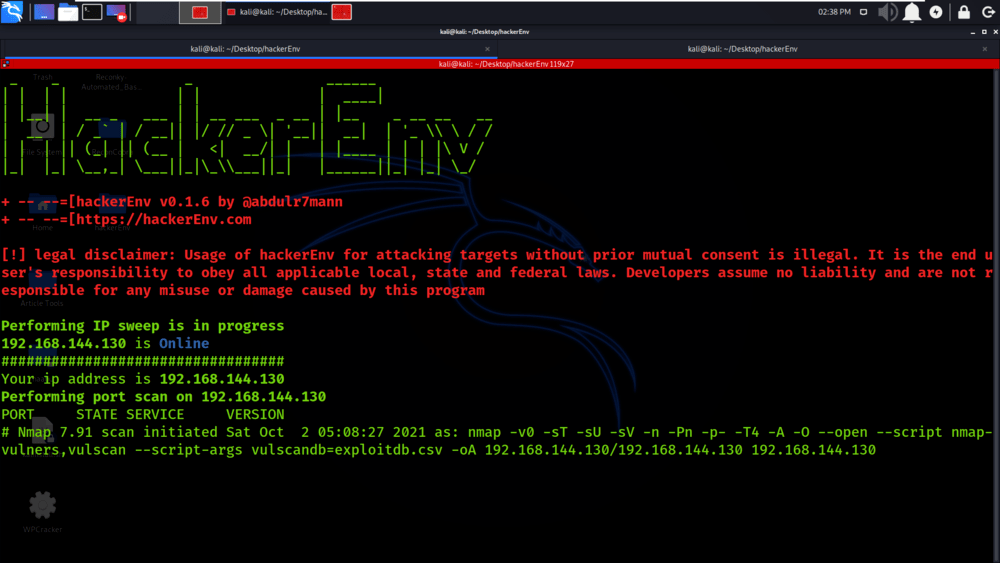 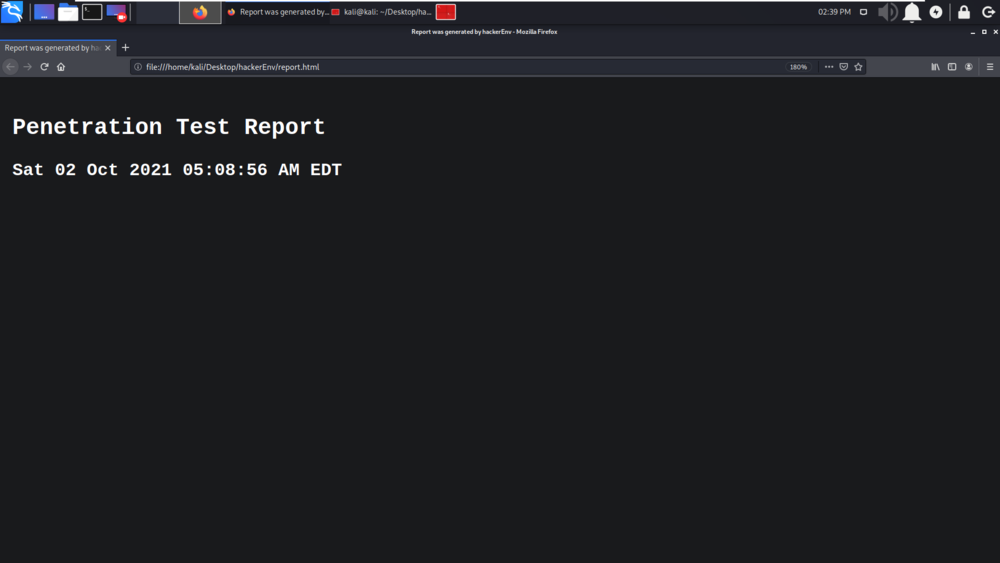