A quadrilateral is a 2 – D shape which contain 4 sides. It consist of four sides, four angles and four vertices. 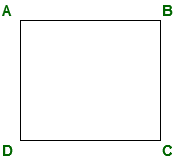 Different type of quadrilateral and their properties:

What will be the are of given rhombus if diagonal of rhombus are 4cm and 6cm?

What will be area and perimeter of given trapezium if AB is parallel to CD? 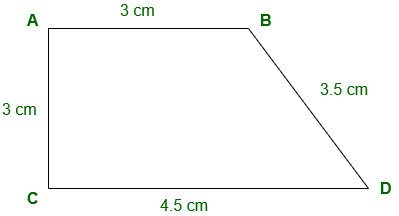