Question 1: Roman went to a stationery shop and purchased 2 pencils and 3 erasers for Rs 9. His friend Sonam saw the new variety of pencils and erasers with Roman, and she also bought 4 pencils and 6 erasers of the same kind for Rs 18. Represent this situation algebraically and graphically.

Let’s say cost of one pencil is Rs.x and cost of one eraser be Rs. y. Then the equations can be formulated as,

Let’s plot both of these on graph,

By putting them in intercept form,

The graph of both equations looks as follows, 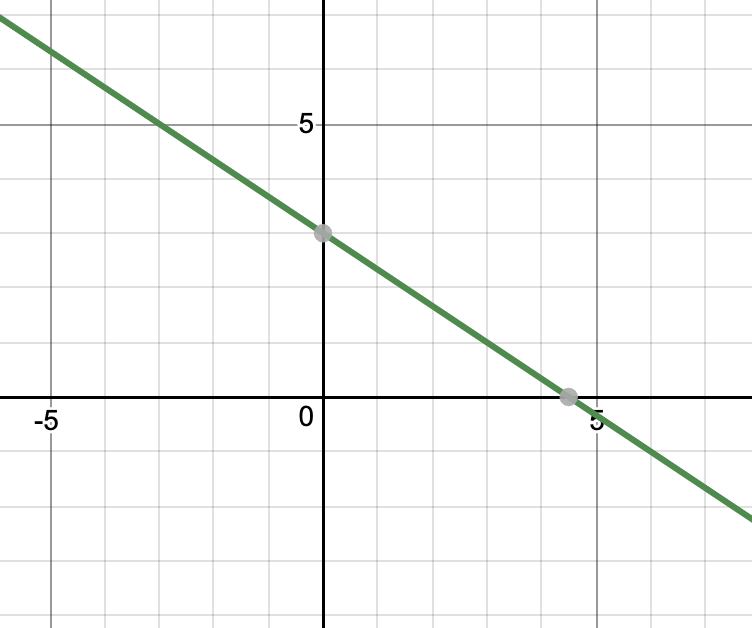 Both of these lines have same equations, and thus they coincide.

Question 2: A coach of the cricket team bought 3 bats and 6 balls for Rs 3900. Later, he bought another bat and 3 more balls of the same kind for Rs 1300. Represent this situation algebraically and geometrically.

Let’s make graph of these equations, it can be made through any of the forms that were taught, but we will stick to intercept form

Now the graphs of both equations come out to be, 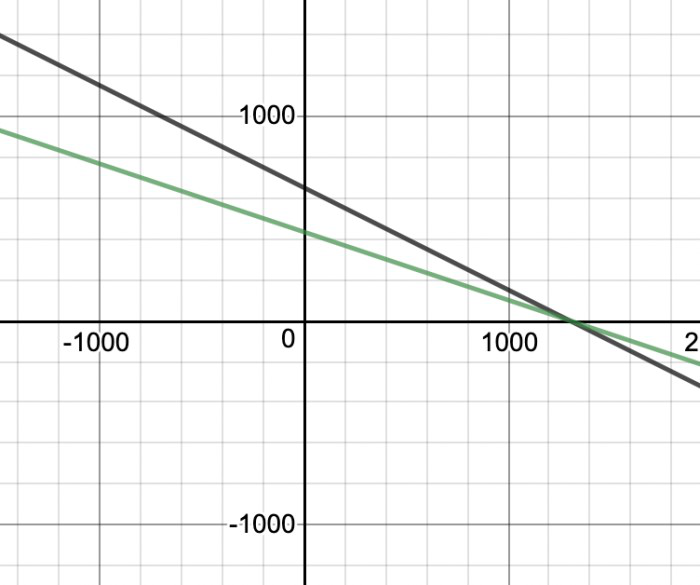 We can see that these lines intersect at one point.

In this method, we graph both the equations and then try to find the intersections. Now in graphing and finding the possible intersections, there can be three cases that can occur 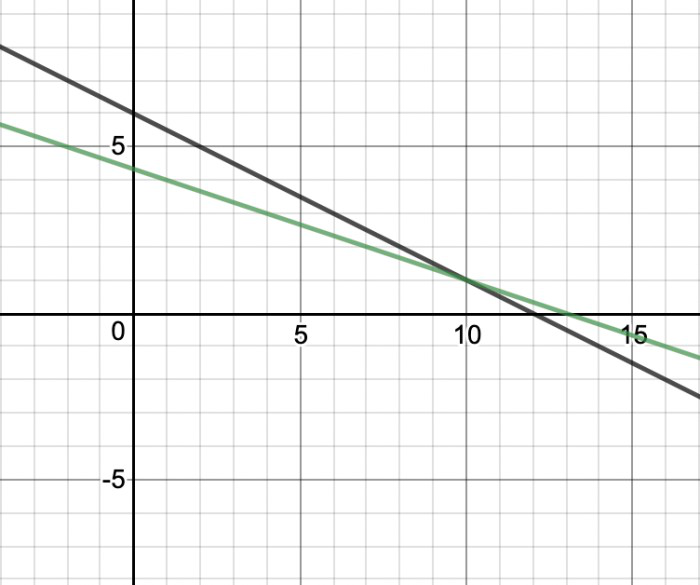 Question 1: Solve the given pair of equations with the graphical method.

We need to first plot both of them on to find the solution. Let’s bring them in intercept form,

Both of these equations can now be plotted on graph. 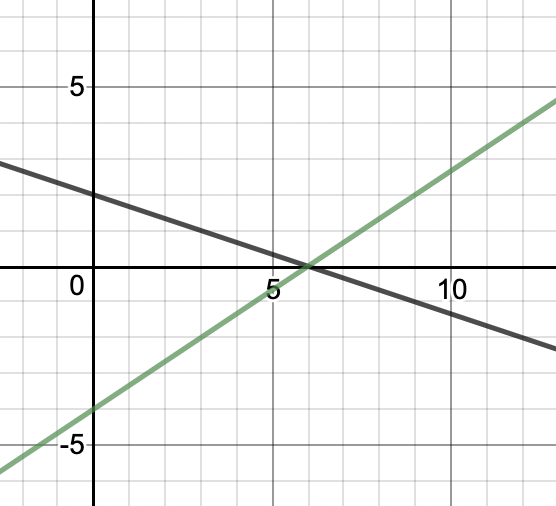 We can see on graph that both these lines intersect on (6,0) so this is the solution to this pair of linear equations.

Let’s say there are “x” number of pants and “y” number of Skirts. Then following equations are formed.

Let’s draw graphs for both the equations, 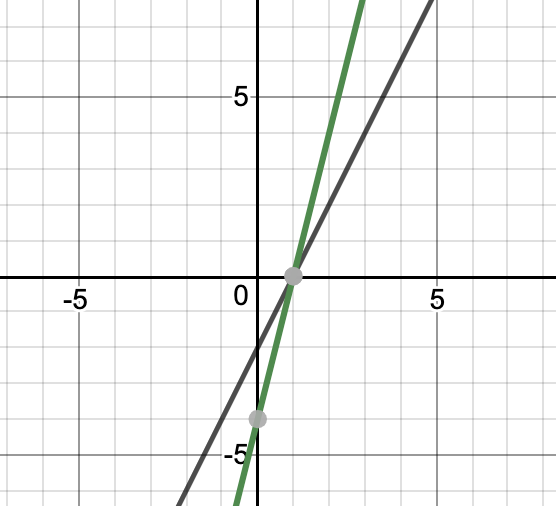 From graph, we can see that these lines intersect at (1,0). So this is the solution for this system of equations

That means that Ragini brought 1 pant and 0 skirts. 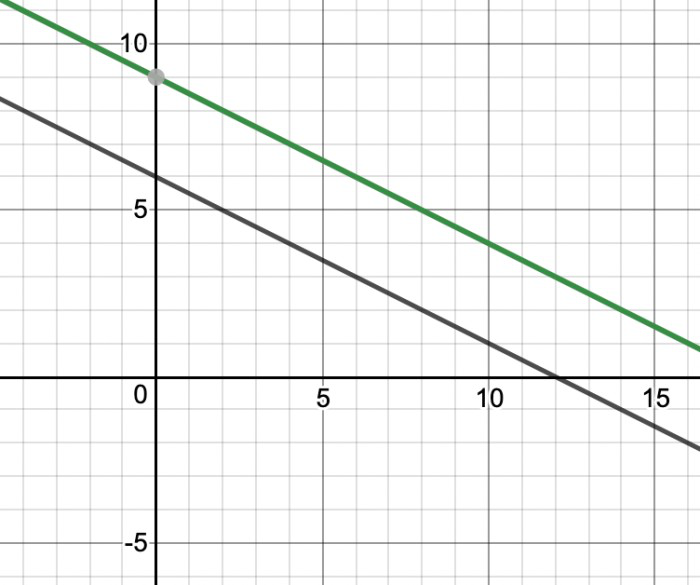 Question: Draw the linear equations on the graph for the given two equations,

The graph for the given two equations will look like,

As it is clear that the lines are not intersecting each other at any point, they are parallel in nature. Hence, there is no solution for the given linear equations. 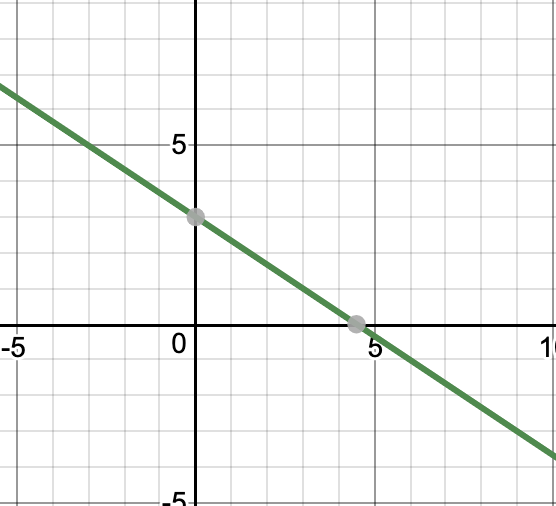 Let’s generalize the above cases, 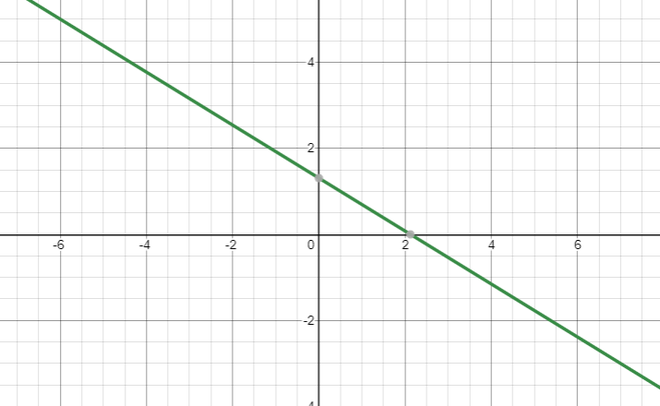 The two equations are not only parallel, they are overlapping each other, hence all the points are intersecting each other. Therefore, There exist infinitely many solutions for the given linear equations.