Glob module searches all path names looking for files matching a specified pattern according to the rules dictated by the Unix shell. Results so obtained are returned in arbitrary order. Some requirements need traversal through a list of files at some location, mostly having a specific pattern. Python’s glob module has several functions that can help in listing files that match a given pattern under a specified folder.

Given below is the implementation to help you understand how this module can be put to practice:

If recursive is true, the pattern “**” will match any files and zero or more directories, subdirectories and symbolic links to directories. Using the “**” pattern in large directory trees may consume an inordinate amount of time. 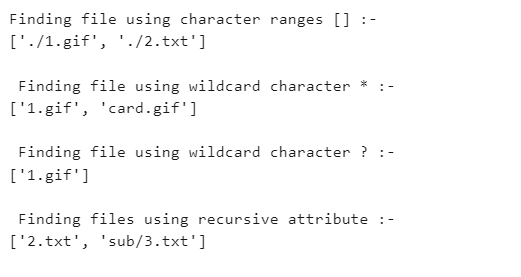 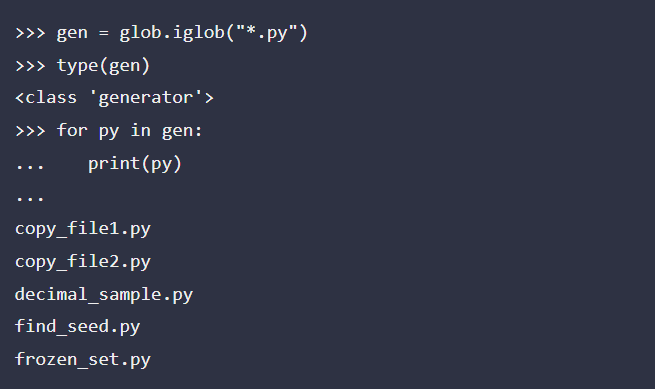 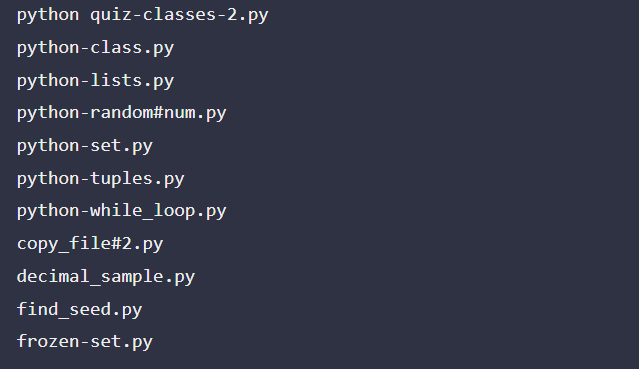