1. creating a new repository and initializing it

The above command sequence will: 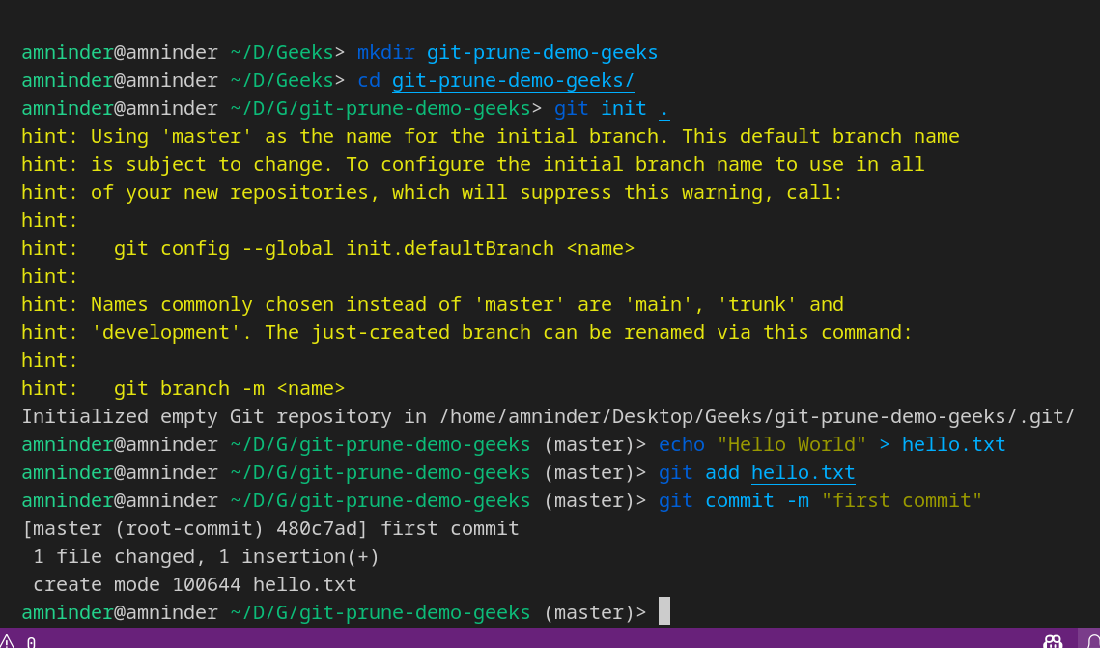 2. Modify the file hello.txt and create a new commit

echo “Hello from the other side” > hello.txt

This will add the line “Hello from the other side” to the file hello.txt and commit it with the message “second commit”. To verify the above command sequence, we can use the following command:

Here, the git log will display the commit history of the repository.

The HEAD~1 is the commit that is detached from the current branch.

Here, empty output means that nothing is pruned. Because somewhere in the repository, git is keeping the commit reference that is detached from the current branch. So git prune will not delete the commit. And to conclude our scenario, we must have to clear reflog first.

This will forcefully expire the reflog. After removing the reflog we can run the git prune command again.

This will result in displaying git SHA object references of commit and tree objects that are no longer reachable from the current branch.