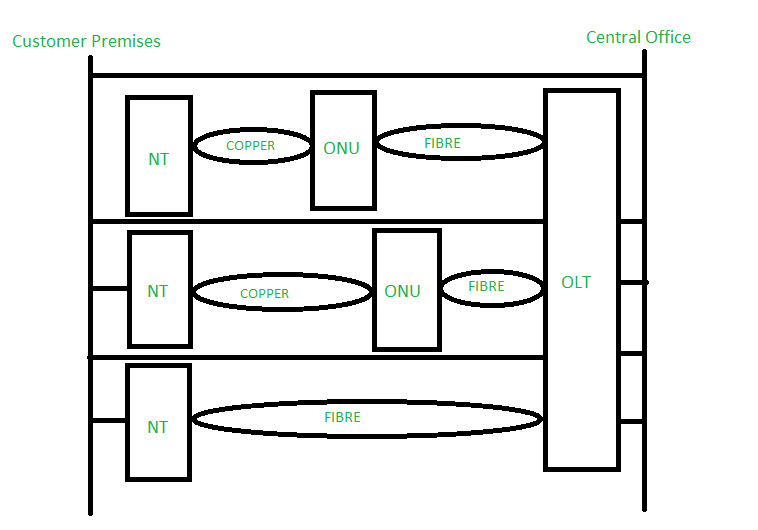 Figure 1 shown above shows a single fiber from OLT runs to a passive Optical Splitter. Its location is near user’s point. Passive word in passive optical splitter means that it does not require any power to operate. Optical splitter does work to divides optical power into N separate paths to users. It varies between range of 2 to 128. In the part from Optical Splitter, a single-mode (SM) fiber strand runs towards each user. 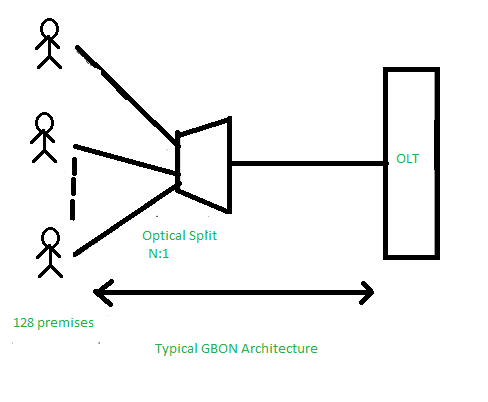 Five types of T-CONTs which can be allocated to the user are as follows :

Dynamic Bandwidth Allocation (DBA) :
The major responsibility of Optical Network Unit (ONU) is allocating upstream bandwidth to ONUs. It may also collide if they were transmitted at random times. Distance location of ONUs can be at varying distances therefore, transmission delay from each ONU is unique. To measure interval of time for upstream transmission, grant is permission is used.

Dynamic Bandwidth Allocation (DBA) is methodology that allows users to quickly for bandwidth allocation based on current traffic requirements. It is capable of managing bursty upstream traffic. Furthermore, DBA upstream timeslots to shrink and grow based on the upstream traffic loads. 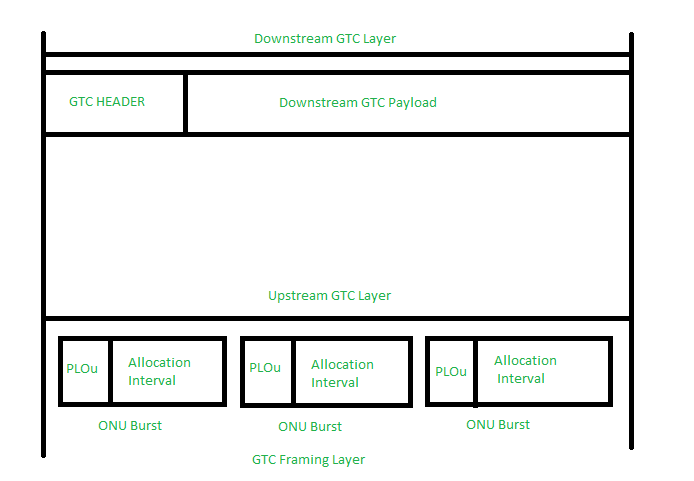