Getting Started with Paging Library v3 in Android

The RecyclerView used in the Android projects displays a large list of data to the user. However, it is not considered an efficient approach. Fetching a bunch of information from the network and loading it on an application is a vital task. Moreover, while using a mobile application, the user observes only a small portion of data at a time. To address this issue, Google updated the Paging architectural components library for Android along with the release of Android 11 beta. Google released the Paging 3 library to simplify the implementation of Paging in Android applications.

Note: The Paging 3.0 library is currently in its early stages and Google released only its alpha version. The more stable version of this library is Paging 2.

The Paging 3 library was introduced as a part of the Android Jetpack series and it is written entirely using Kotlin Coroutines. This library provides a completely new methodology to load a large set of data on an application. The approach is to fetch small chunks of data at a time, and when the user reaches the end of the list it immediately loads more data in the RecyclerView. This process is termed Paging. This Paging 3 library provides a way to load more data automatically when needed. The developers can use the Paging Library v3 to implement pagination in their app. But what’s pagination, why we need pagination? One can refer to the following diagram to get the answer. 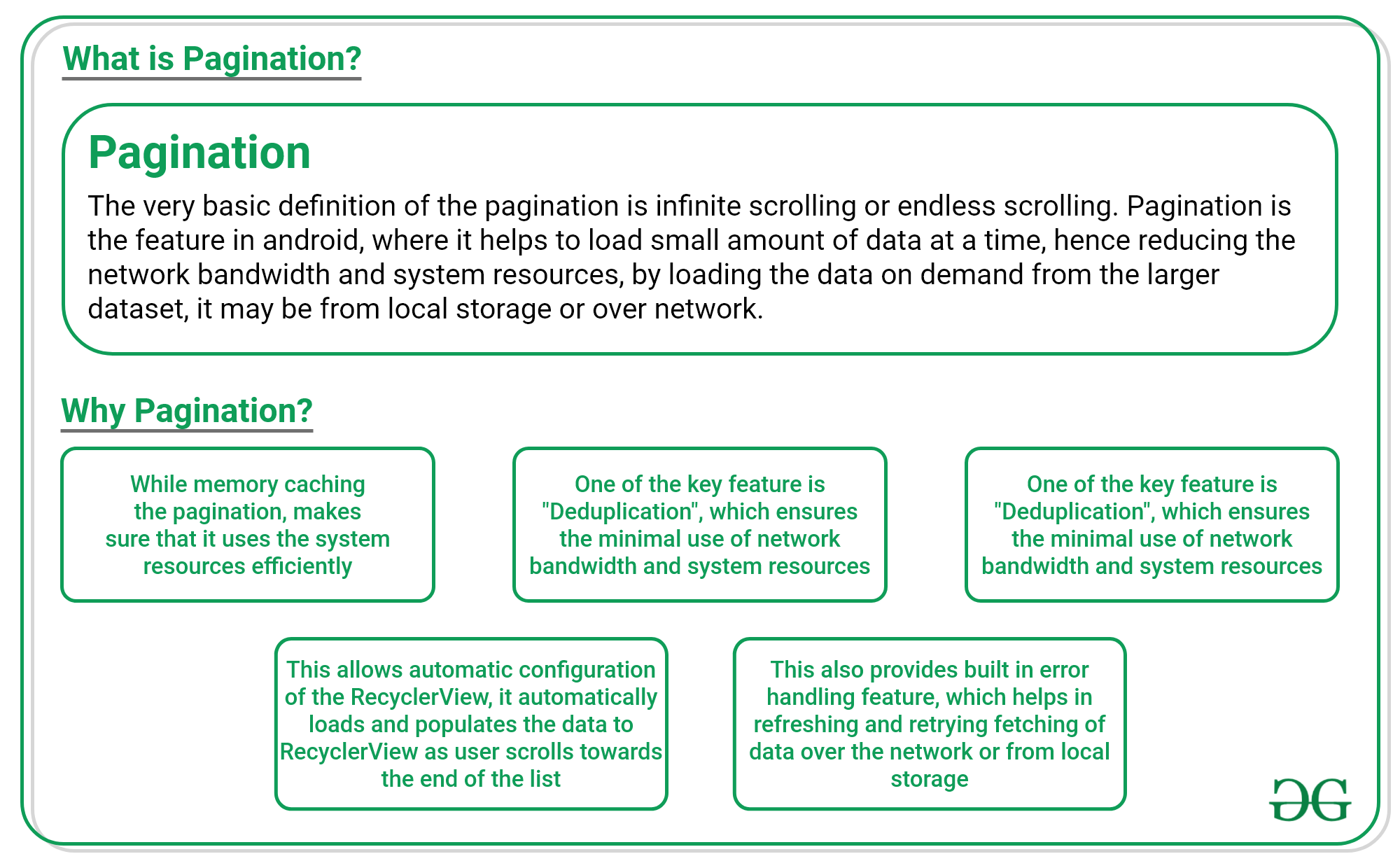 The Paging 3.0 version is very unique in comparison to the previous versions of the Android Paging library. Following are the new features and their advantages:

Apply the Paging 3.0 library in a project by adding its implementation in the app-level build.gradle file to import the Paging components.

In order to use RxJava or LiveData, one needs to add the below implementation:

The Architecture of Paging Library

Paging library requires the proper separation of the project’s concerns and thus it integrates the recommended Android architecture pattern. The components of the library work in three layers of an application: 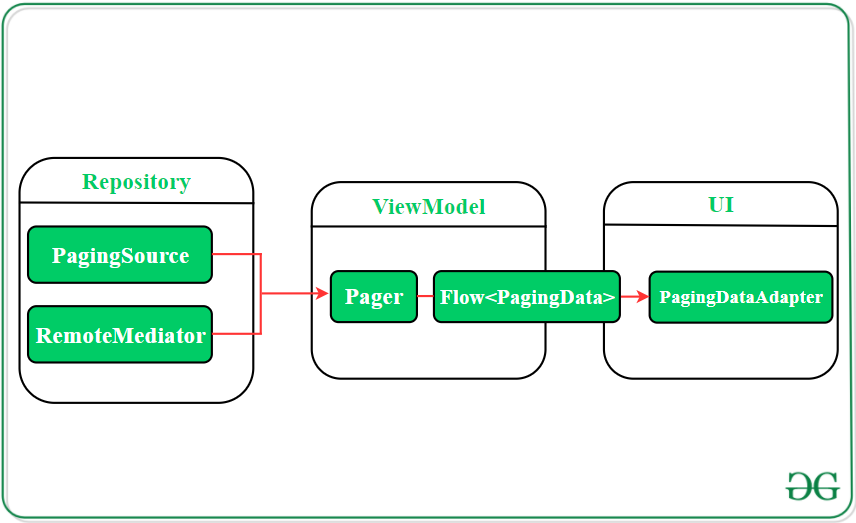