While solving geometric problems, it is time consuming to define the point class for specifying a point on the 2D Plane or the Euclidean Plane. So, this article specifies a faster and clever way to implement the same using complex class from STL in C++.
Before implementation, it is essential to understand what are complex numbers and how they can help in representing a point on a 2D Plane.

What is Complex Number?

Complex numbers are of the form 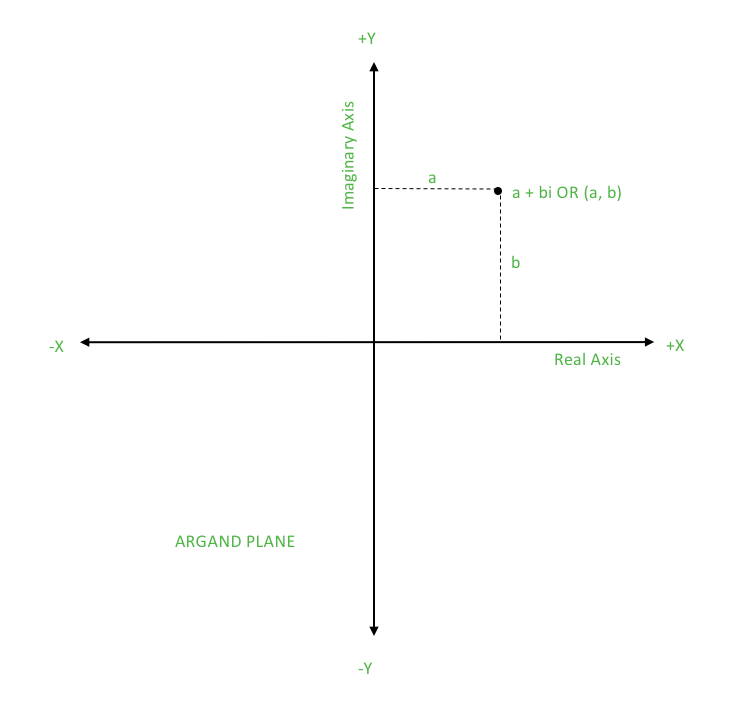 How to use Complex numbers?

Let us consider point P (a, b) on the Euclidean Plane. Now we make a complex number z = a + bi and bring out the equivalence between the two. Some attributes associated with P are:

Let us consider points P (a, b) and Q (c, d) on the Euclidean Plane. These can be basically considered to be vectors with the length equal to distance from origin and direction as made with the X-Axis. (Many attributes can be better understood if the points are taken as vectors which is one of the key idea in various geometric algorithms).
Now let us consider that z1 = a + bi and z2 = c + di.
Some attributes associated with P and Q are: