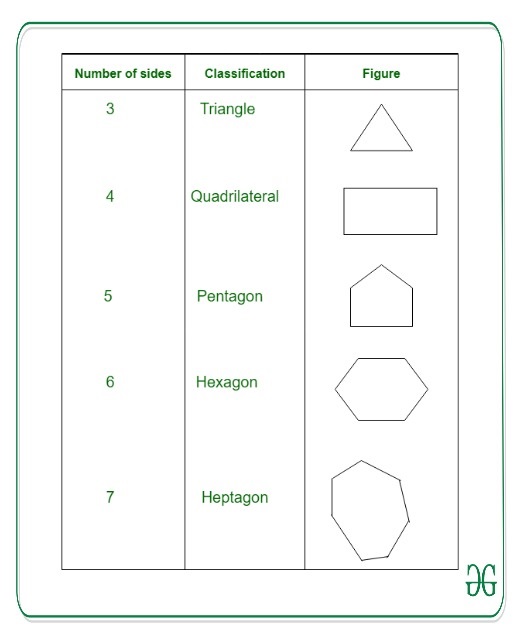 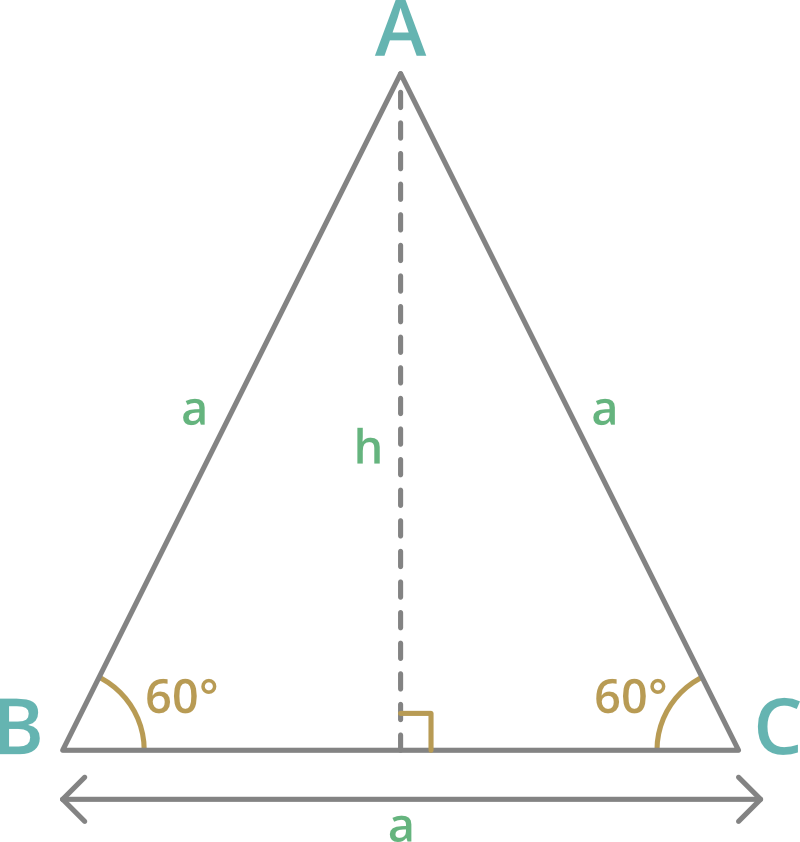 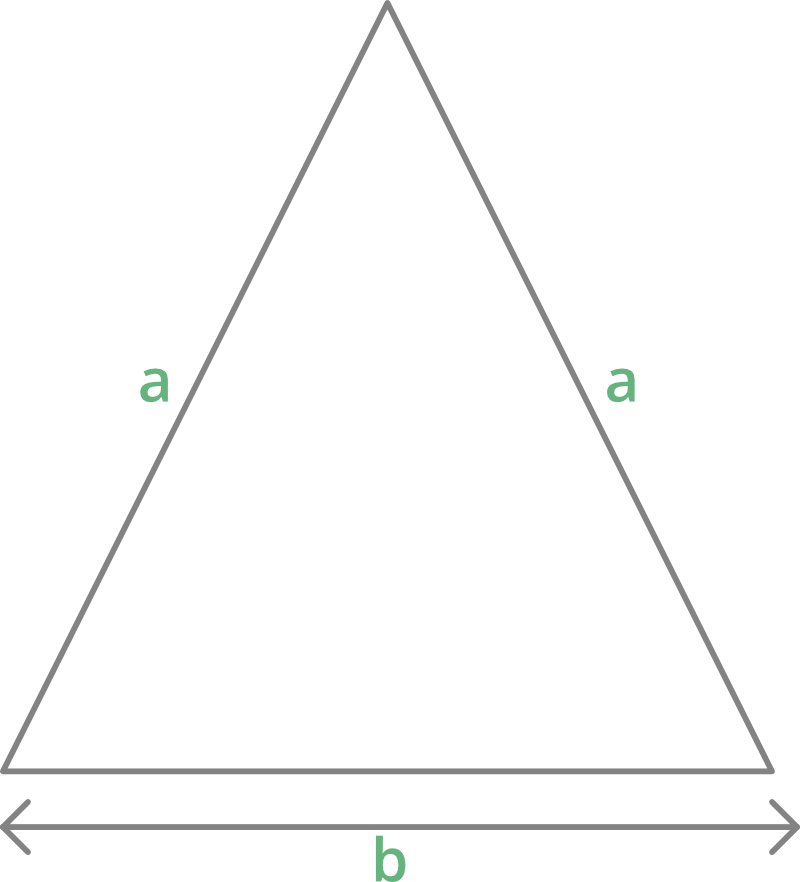 Important terms:
1. Median: A line joining the mid-point of a side of a triangle to the opposite vertex is called a radian. 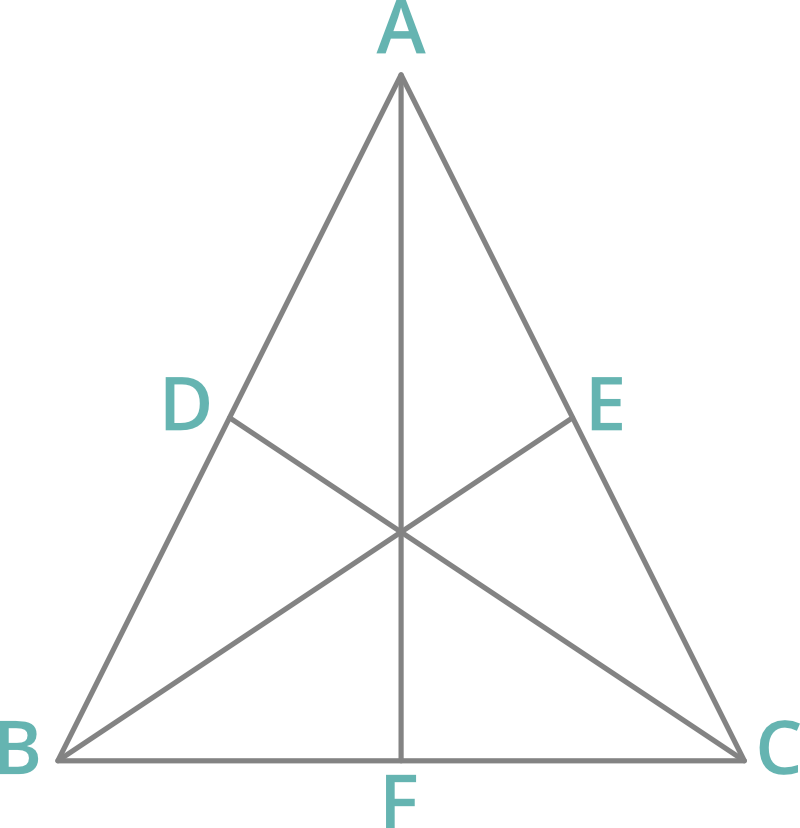 2. Altitude: A perpendicular drawn from any vertex to the opposite side is called the altitude. 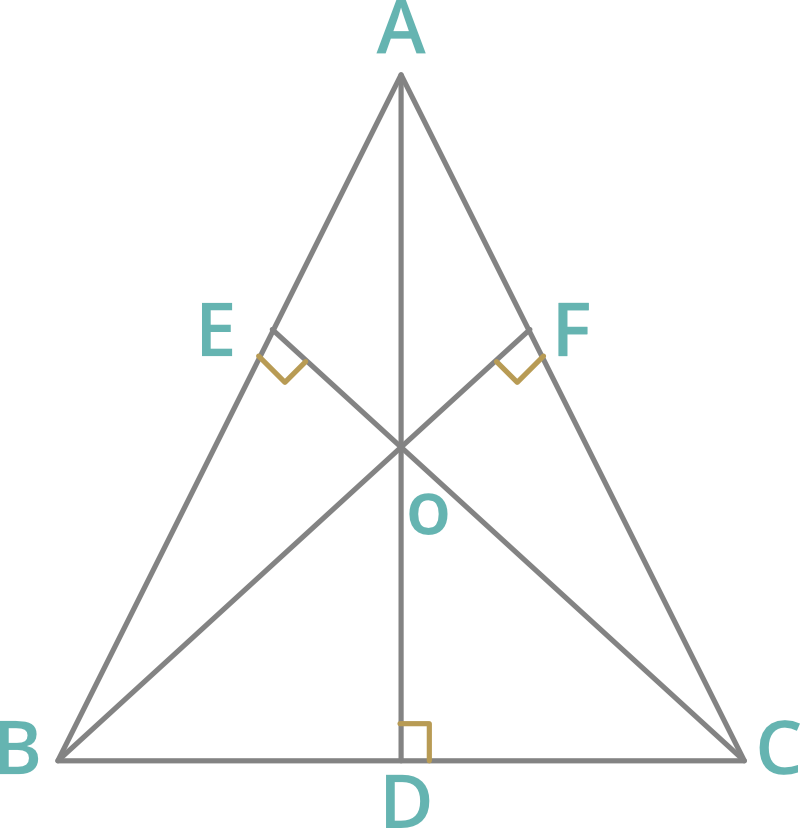 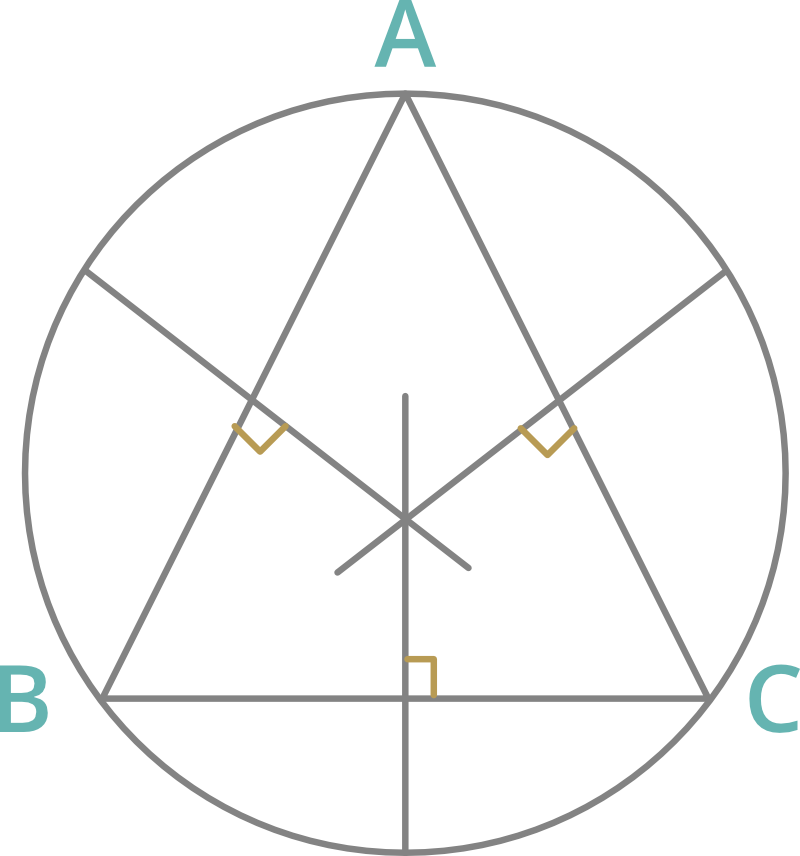 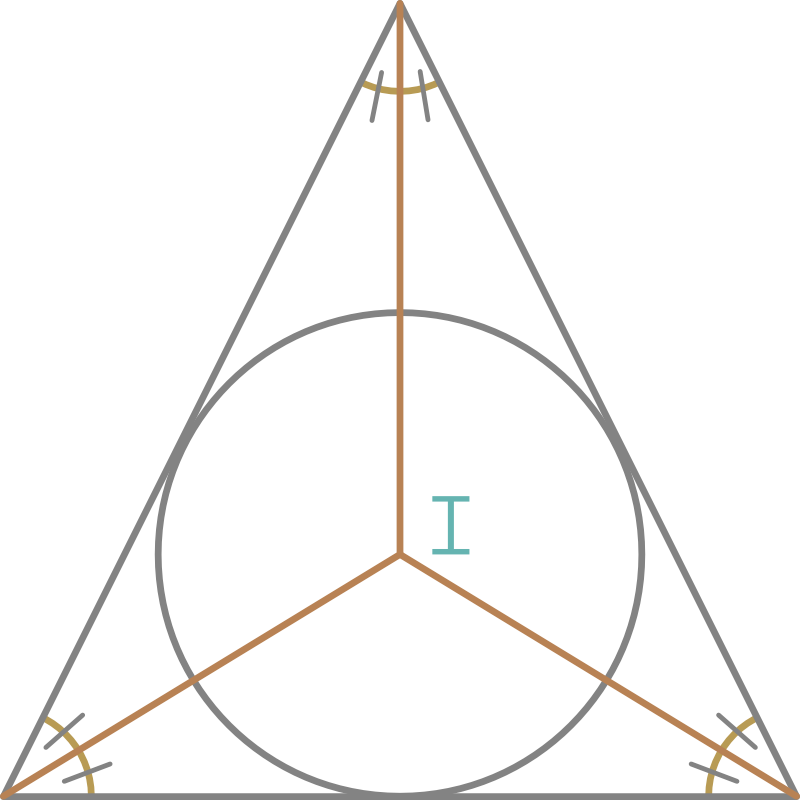 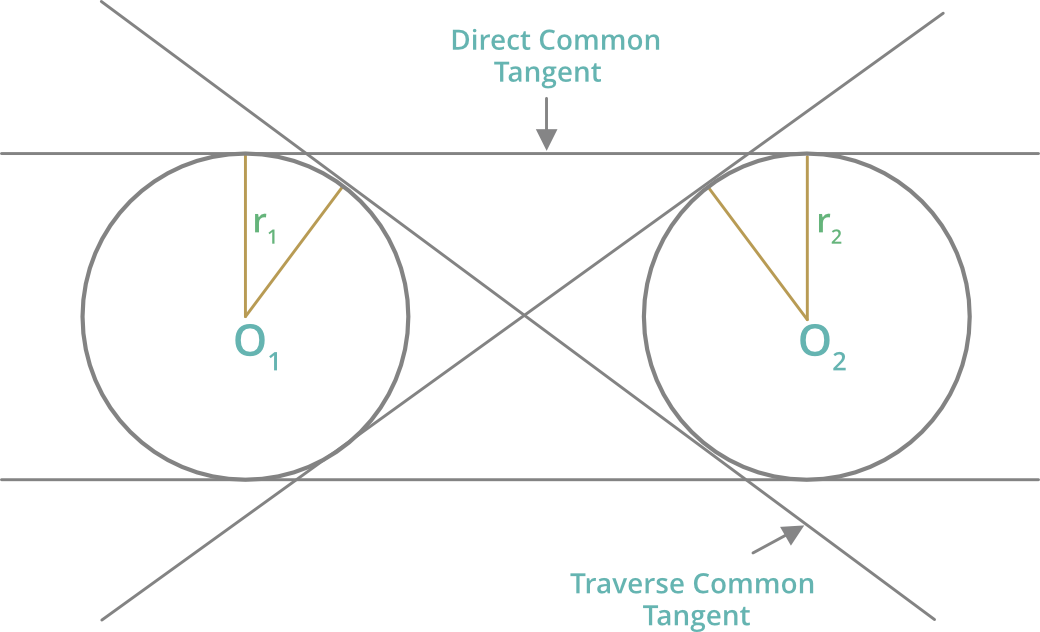 Question 3: Two medians AD and BE of ∆ABC intersect O at right angle. If AD = 9cm and BE = 6cm, then the length of BD is
Solution : 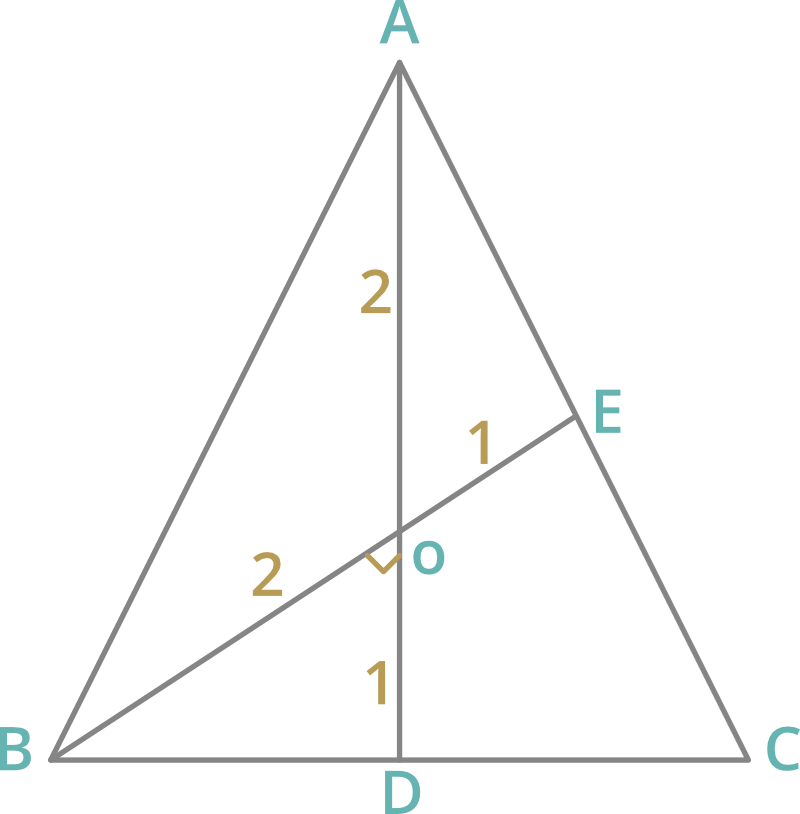 Question 4: The side AB of a parallelogram ABCD is produced to E in such a way that BE = AB, DE intersects BC at Q. The point Q divides BC in the ratio
Solution : Acc. to question 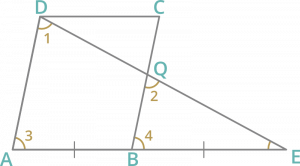 Question 5: In a ∆ABC, AB=AC and BA is produced to D such that AC=AD. Then the ∠BCD is
Solution :Acc. to question 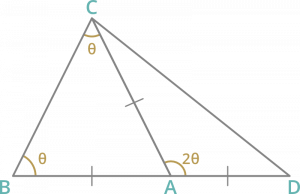 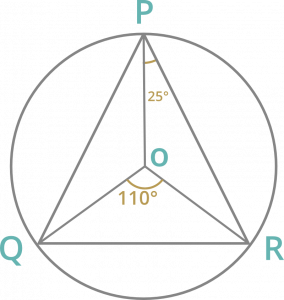 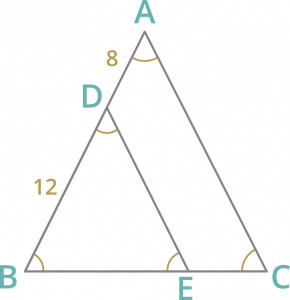 Question 8: Angle between the internal bisectors of two angles of a triangle ∠B and ∠C is 110°, then ∠A is
Solution : 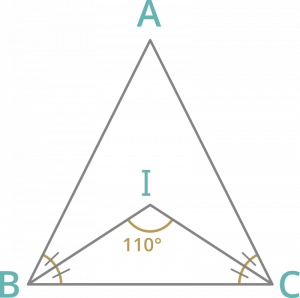 Question 9: The distance between two parallel chords of length 8 cm and each in a circle of diameter 10cm is
Solution : 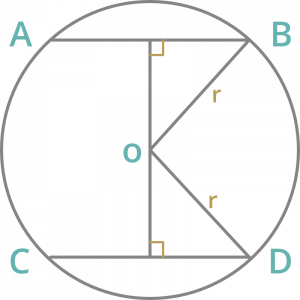 Question 10: The radius of two concentric circles are 12cm and 13cm. If the chord of the greater circle be a tangent to the smaller circle, then the length of that chord is:
Solution : Acc. to Question 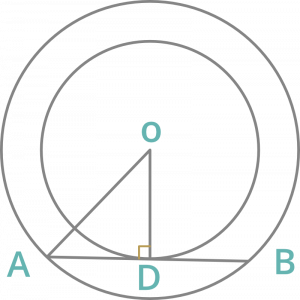 Questions 11: Two tangents are drawn at the extremities of diameter AB of a circle with centre O. If a tangent to the circle at the point C intersects the other two tangents at Q and R, then the measure of the ∠QOR is
Solution : Acc. to question 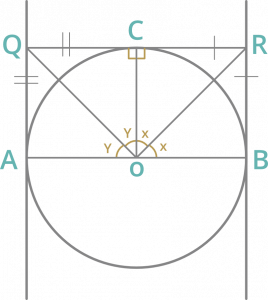 Question 12: Two equal circles whose centres are O and O’ intersect each other at the point A and B, OO’= 24 cm and AB = 10 cm then the radius of the circle is
Solution : 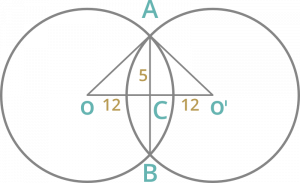