Formula of nth term of an Geometric Progression :
If ‘a’ is the first term and ‘r’ is the common ratio.Thus, the explicit formula is 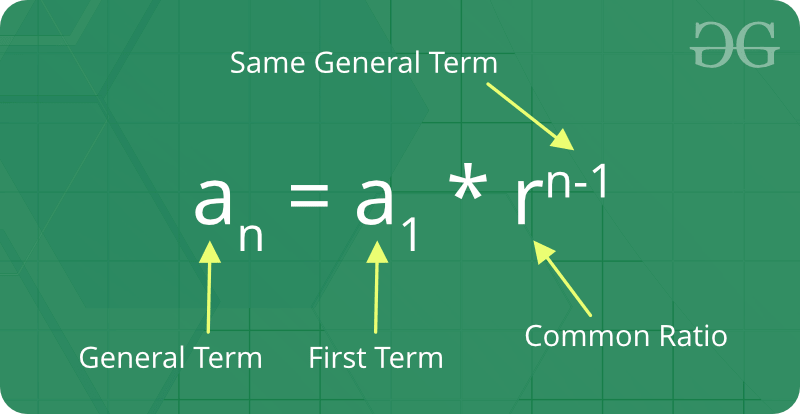 Formula of sum of nth term of Geometric Progression: 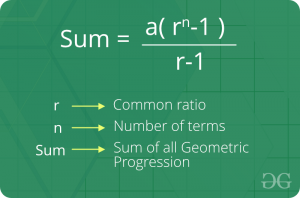