Generative Adversarial Networks (GANs) was first introduced by Ian Goodfellow in 2014. GANs are a powerful class of neural networks that are used for unsupervised learning. GANs can create anything whatever you feed to them, as it Learn-Generate-Improve. To understand GANs first you must have little understanding of Convolutional Neural Networks. CNNs are trained to classify images with respect to their labels if an image is fed to a CNN, it analyzes the image pixel by pixel and is passed through nodes present in CNN’s hidden layers and as an output, it tells what the image is about or what it sees in the image. For example: If a CNN is trained to classify dogs and cats and an image is fed to this CNN, it can tell whether there is a dog or a cat in that image. Therefore it can also be called as a classification algorithm. How GANs are different? GANs can be divided into two parts which are the Generator and the Discriminator. Discriminator – This part of GANs can be considered similar to what CNNs does. Discriminator is a Convolutional Neural Network consisting of many hidden layers and one output layer, the major difference here is the output layer of GANs can have only two outputs, unlike CNNs, which can have outputs respect to the number of labels it is trained on. The output of the discriminator can either be 1 or 0 because of a specifically chosen activation function for this task, if the output is 1 then the provided data is real and if the output is 0 then it refers to it as fake data. Discriminator is trained on the real data so it learns to recognize how actual data looks like and what features should the data have to be classified as real. 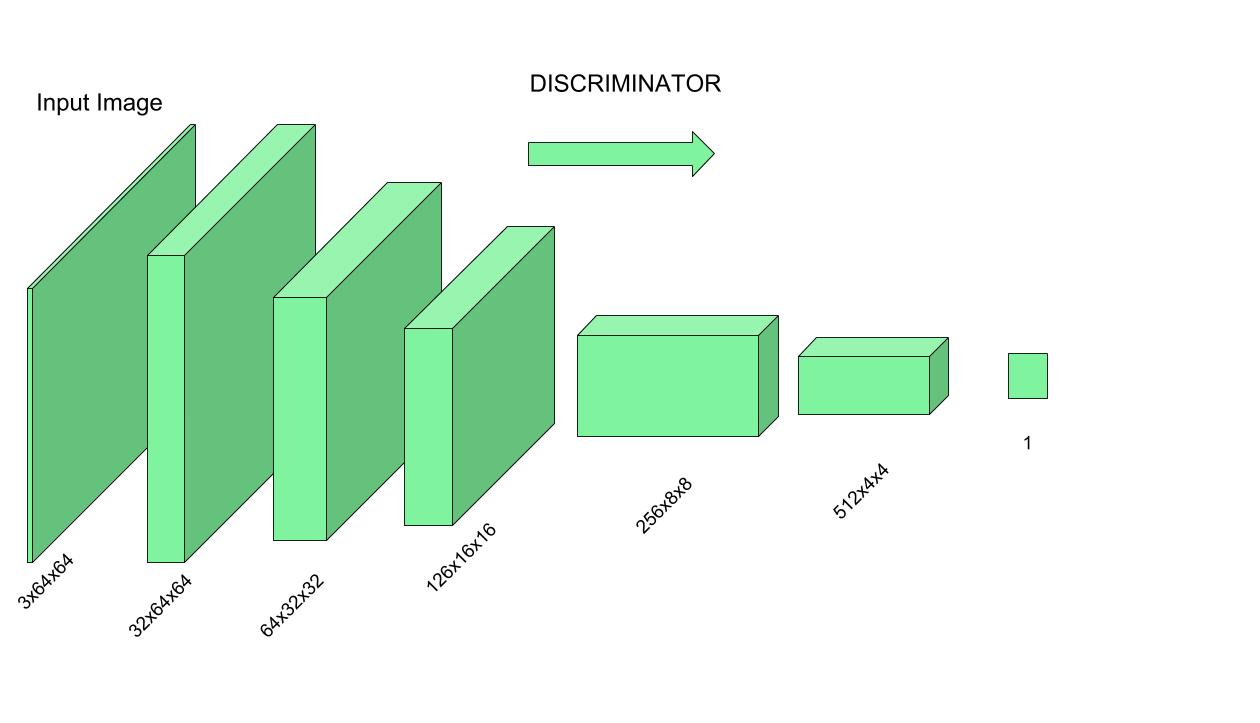 Generator – From the name itself, we can understand that it’s a generative algorithm. Generator is an Inverse Convolutional Neural Net, it does exactly opposite of what a CNN does, because in CNN an actual image is given as an input and a classified label is expected as an output but in Generator, a random noise (a vector having some values to be precise) is given as an input to this Inverse CNN and an actual image is expected as an output. In simple terms, it generates data from a piece of data using its own imagination. 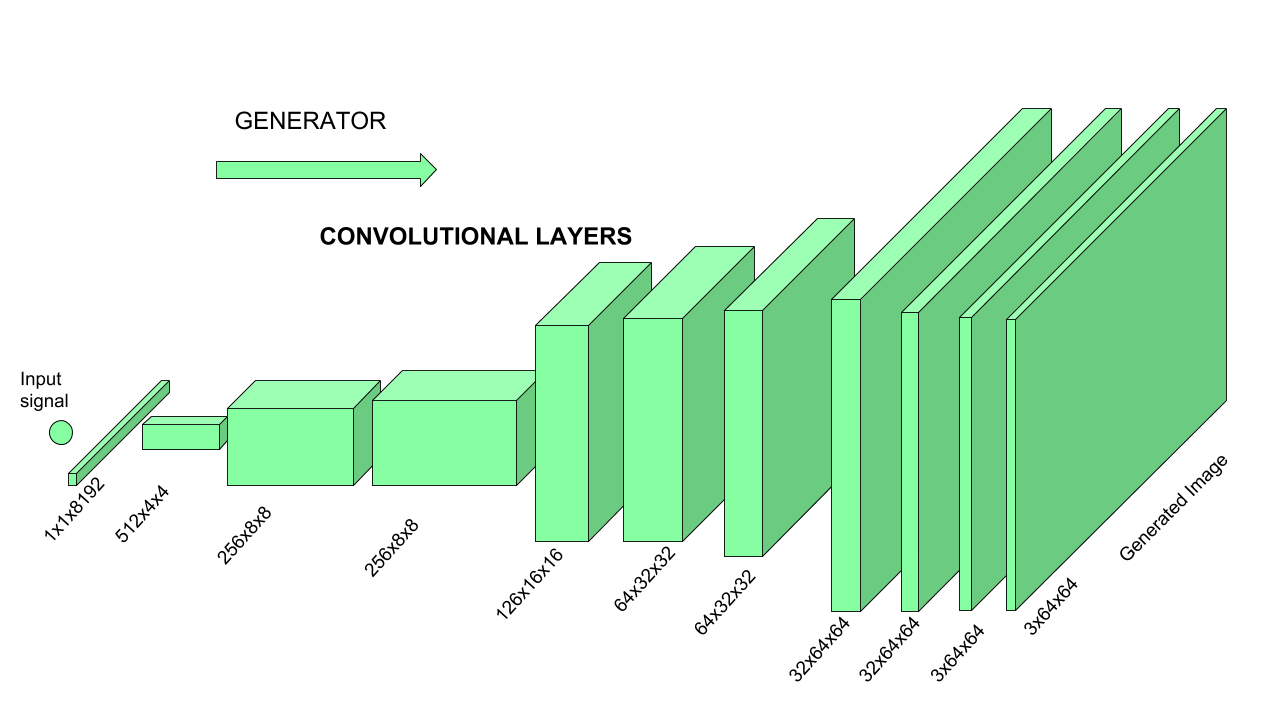 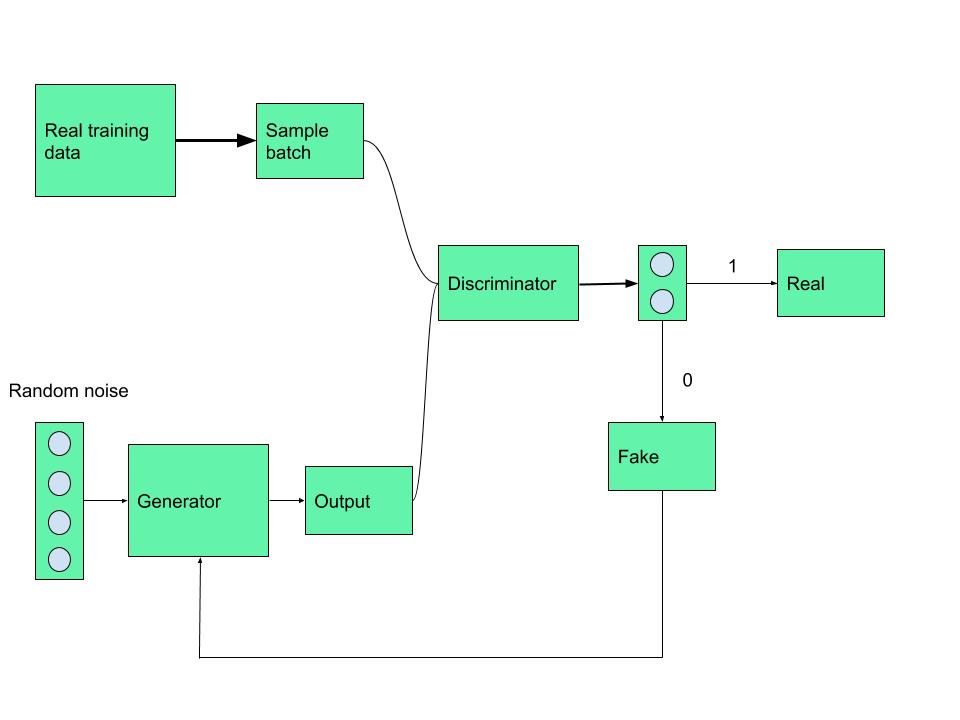 Sample code for generator and discriminator:

a. What input to pass input to first layer of generator in initial stage : random_normal_dimensions which is a hyperparameter that defines how many random numbers in a vector you’ll want to feed into the generator as a starting point for generating images.

b. Next point to be noted is that here we have used “selu” activation function instead of “relu” because “relu” has an effect of removing noise when classifying data by preventing negative values from cancelling out positive ones but in GANs we don’t wants to remove data.

4. Build and compile the GAN model :
Build the sequential model for the GAN, passing a list containing the generator and discriminator.
Compile the model with a binary cross entropy loss and rmsprop optimizer.

noise: generate random normal values with dimensions batch_size x random_normal_dimensions
Use real_batch_size.
Generator_labels: Set to 1. to mark the fake images as real
The generator will generate fake images that are labeled as real images and attempt to fool the discriminator.
Set the discriminator to NOT be trainable.
Train the GAN on the noise and the generator labels.