Plinth ’18 was conducted from 19th-21st January and one of the events conducted for the first time by Cybros was the solo coding contest Enigma. We were lucky to have the constant support, guidance and help of an established platform like GeeksforGeeks throughout the event which helped us make the event as successful as it turned out to be. The contest involved two rounds – an online round that was conducted on Codechef a few days before the fest, which included eight questions set by the regular coders of the country and saw over 1000 participants from colleges all over the world including colleges from Russia, US, Phillipenes etc. The top two winners of the online round were awarded T-shirts and goodies from GeeksforGeeks and the top 100 were invited to take part in the onsite round conducted during Plinth. The onsite round was conducted on 20th January’2018 on the platform of GeeksforGeeks and witnessed the participation of 70 students who battled it out for three hours to solve a set of mind-triggering questions in the limited time span with the most efficient solution. The contest ended with the contestant from IIT Roorkie winning first place followed by IIT Indore and IIIT Jabalpur. All the winners were awarded T-shirts and goodies from GeeksforGeeks, and also a cash prize of Rs. 8, 000 sponsored by GeeksforGeeks.

The event overall was a very rewarding and learning experience for both the organisers and the participants and we hope to keep collaborating with GeeksforGeeks to conduct more such successful events in the future.

Some snapshots of the event: 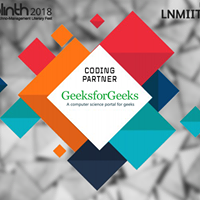 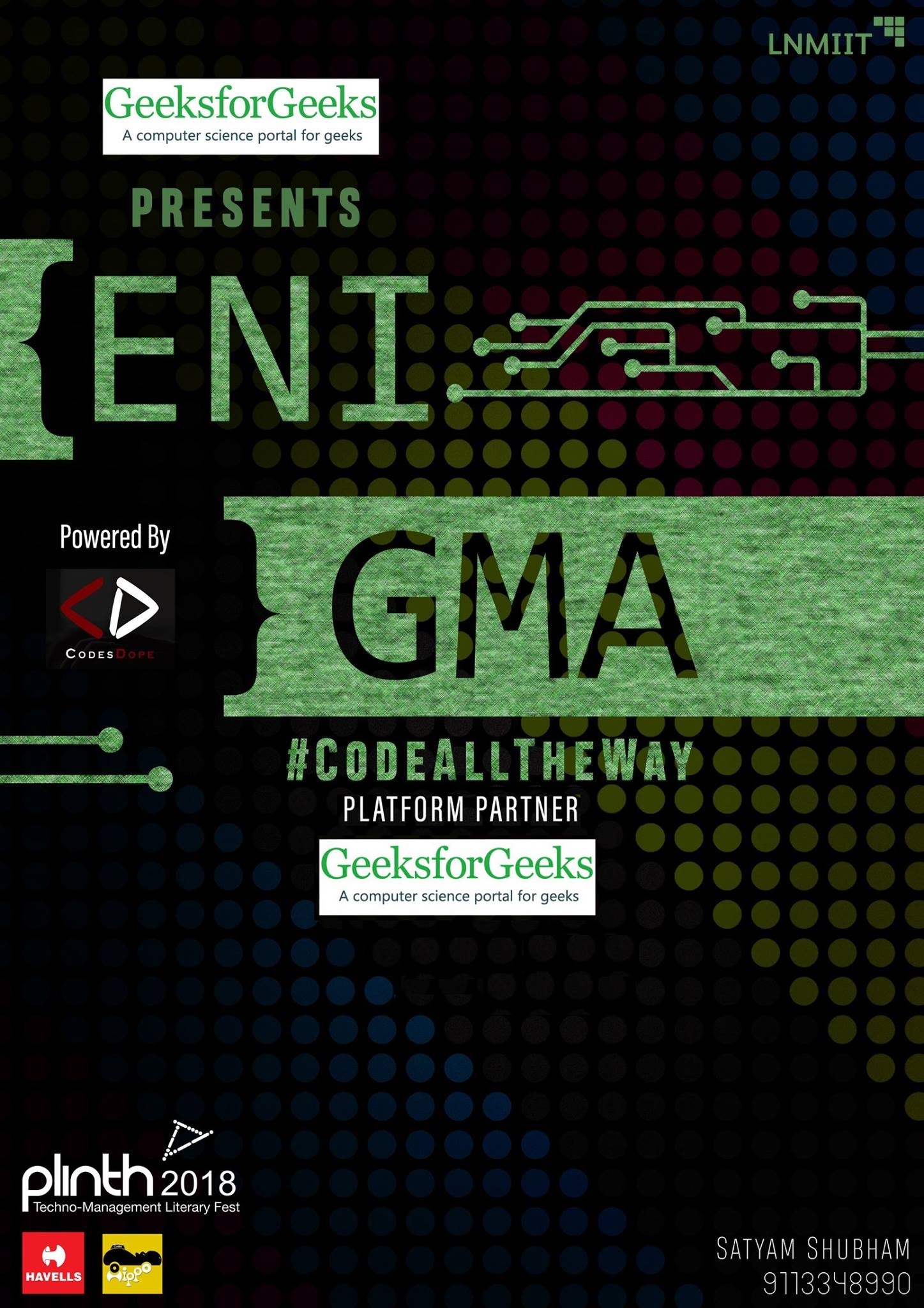 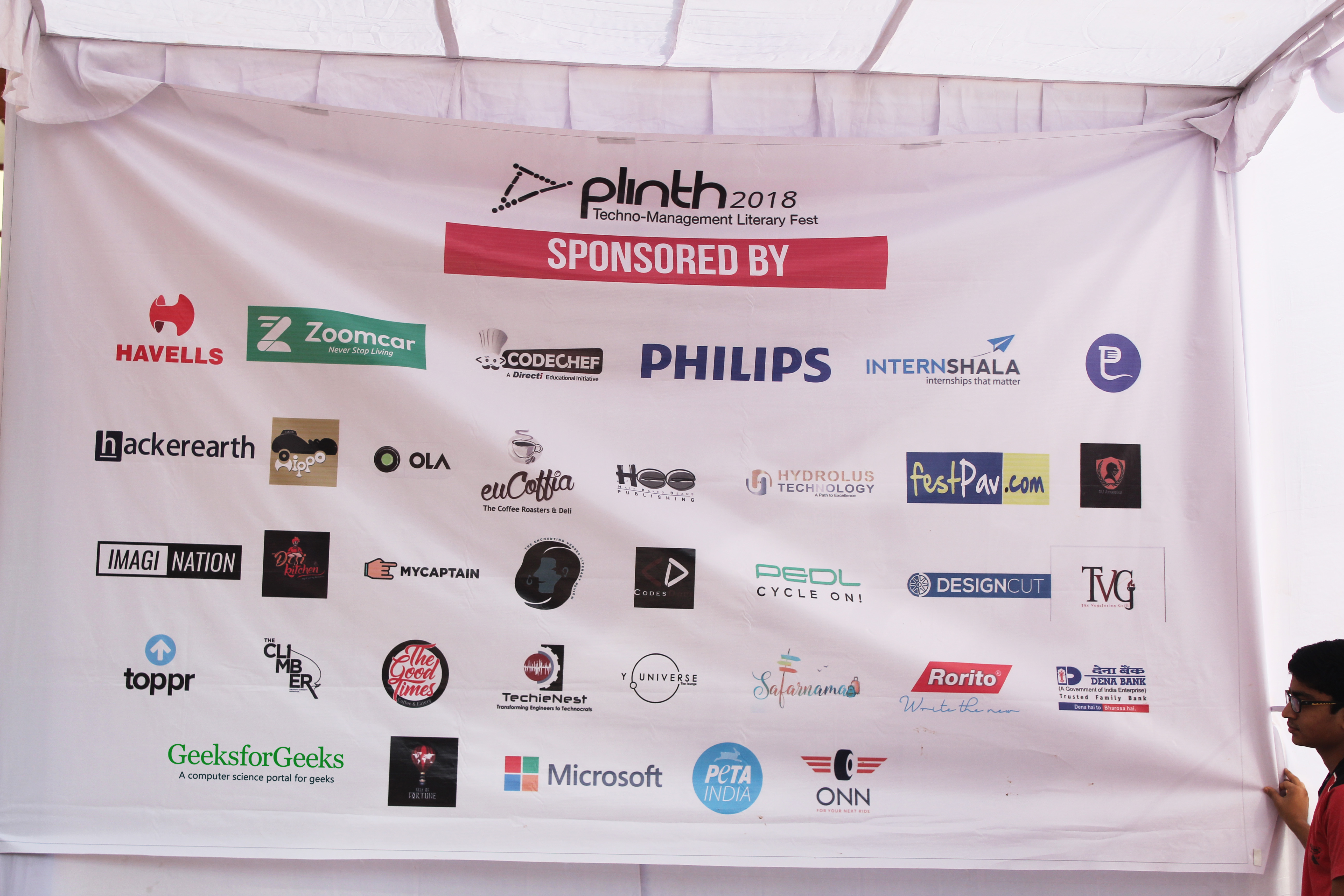 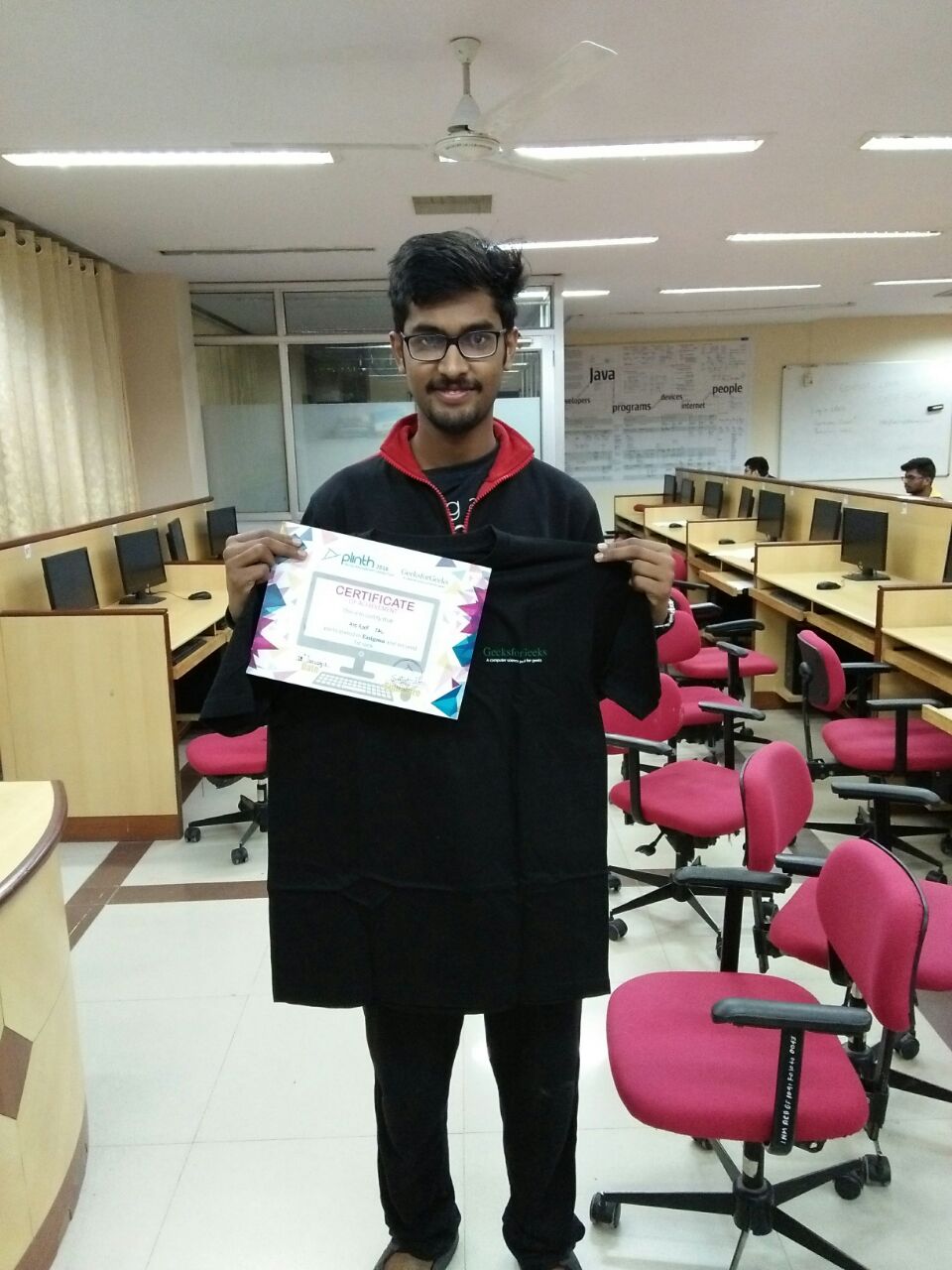 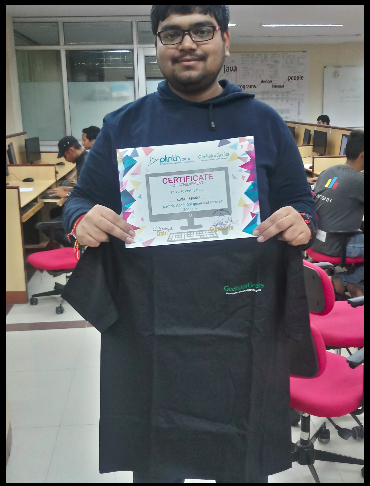 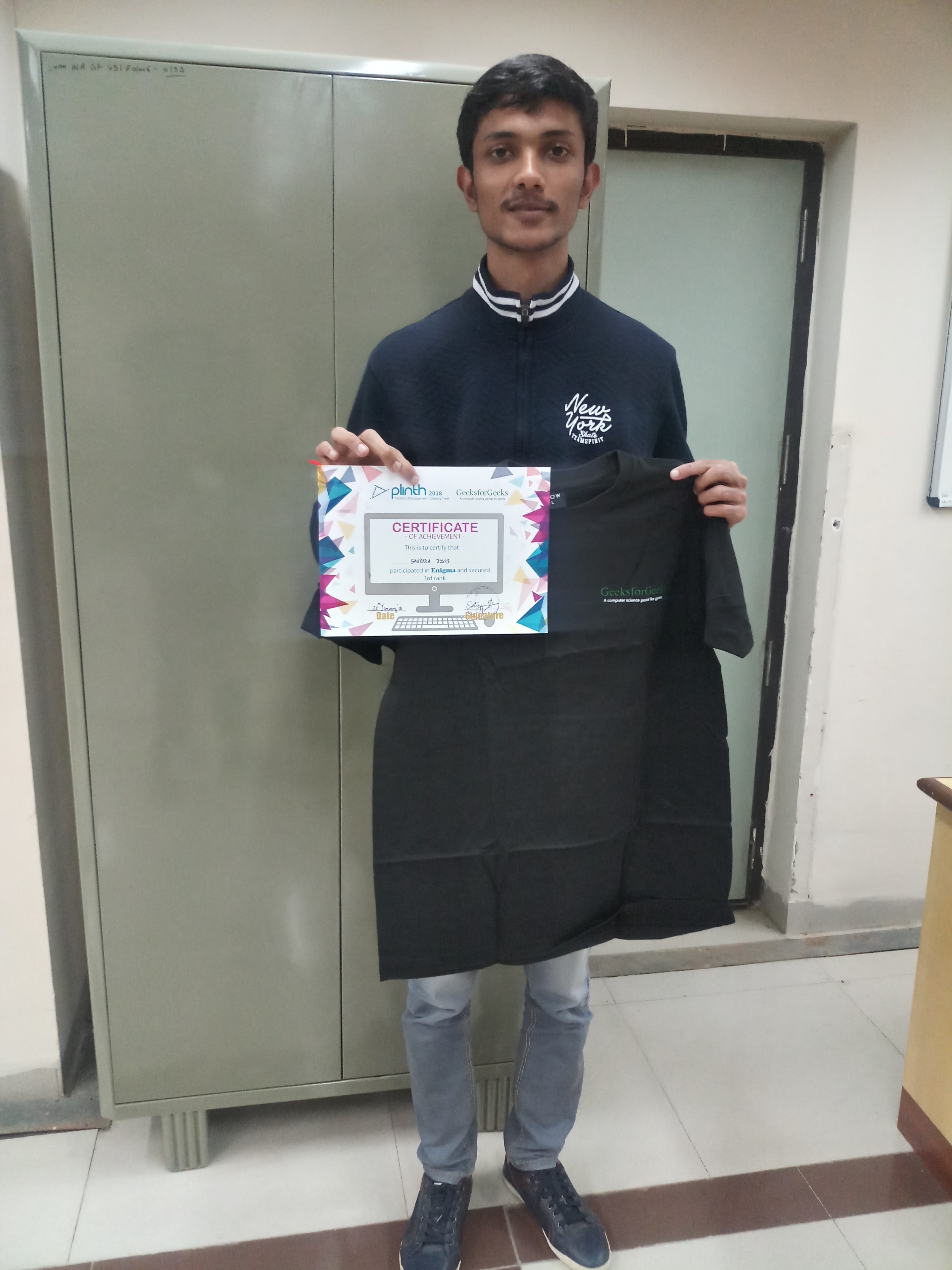 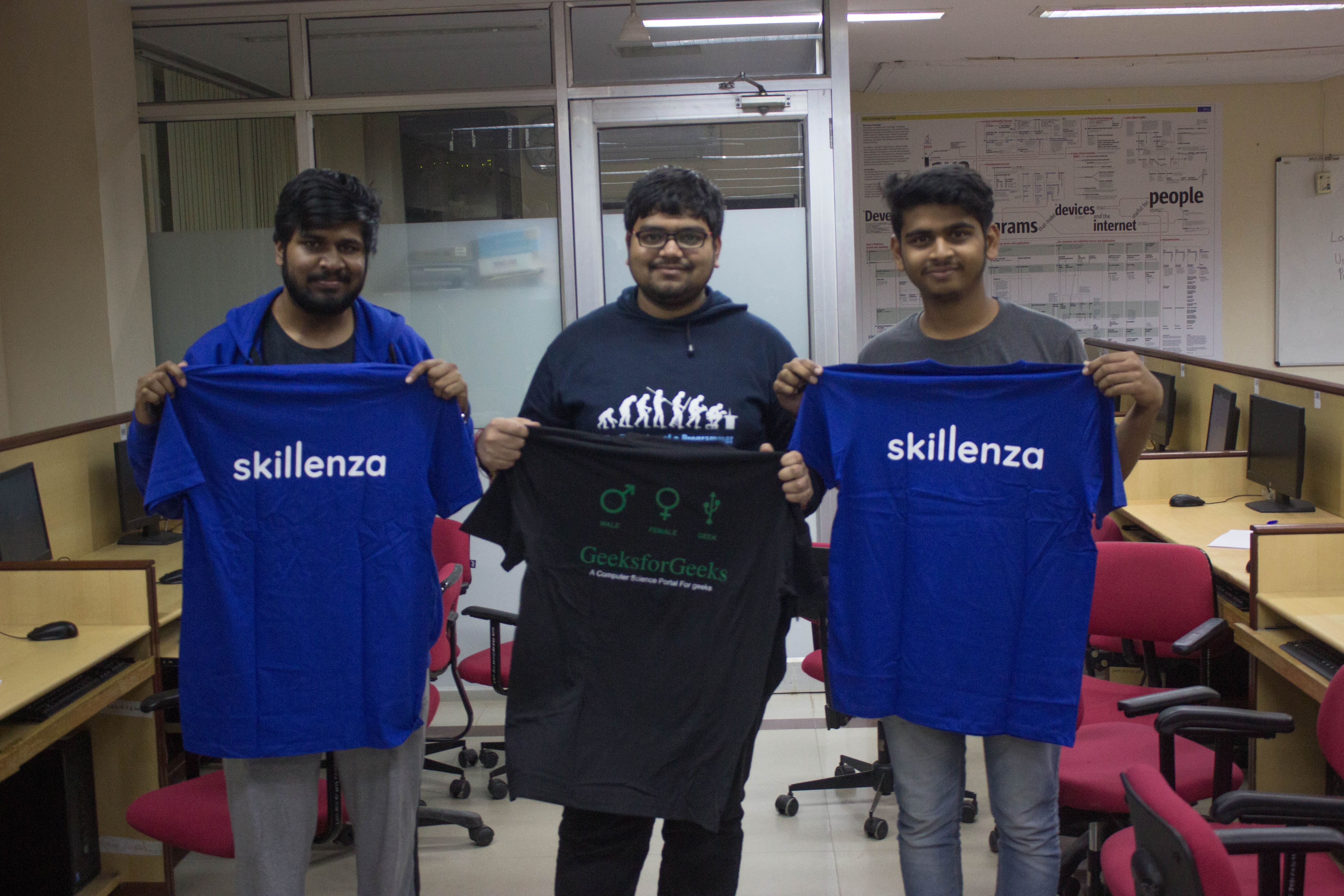 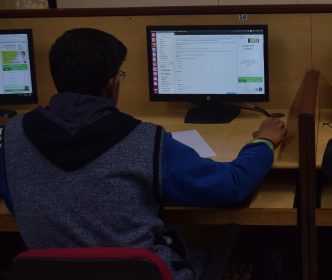 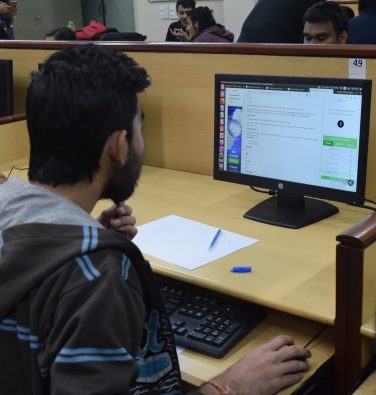 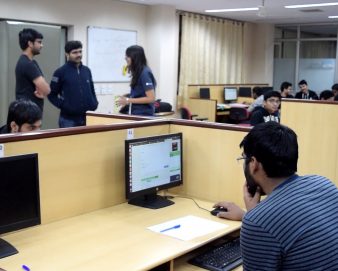 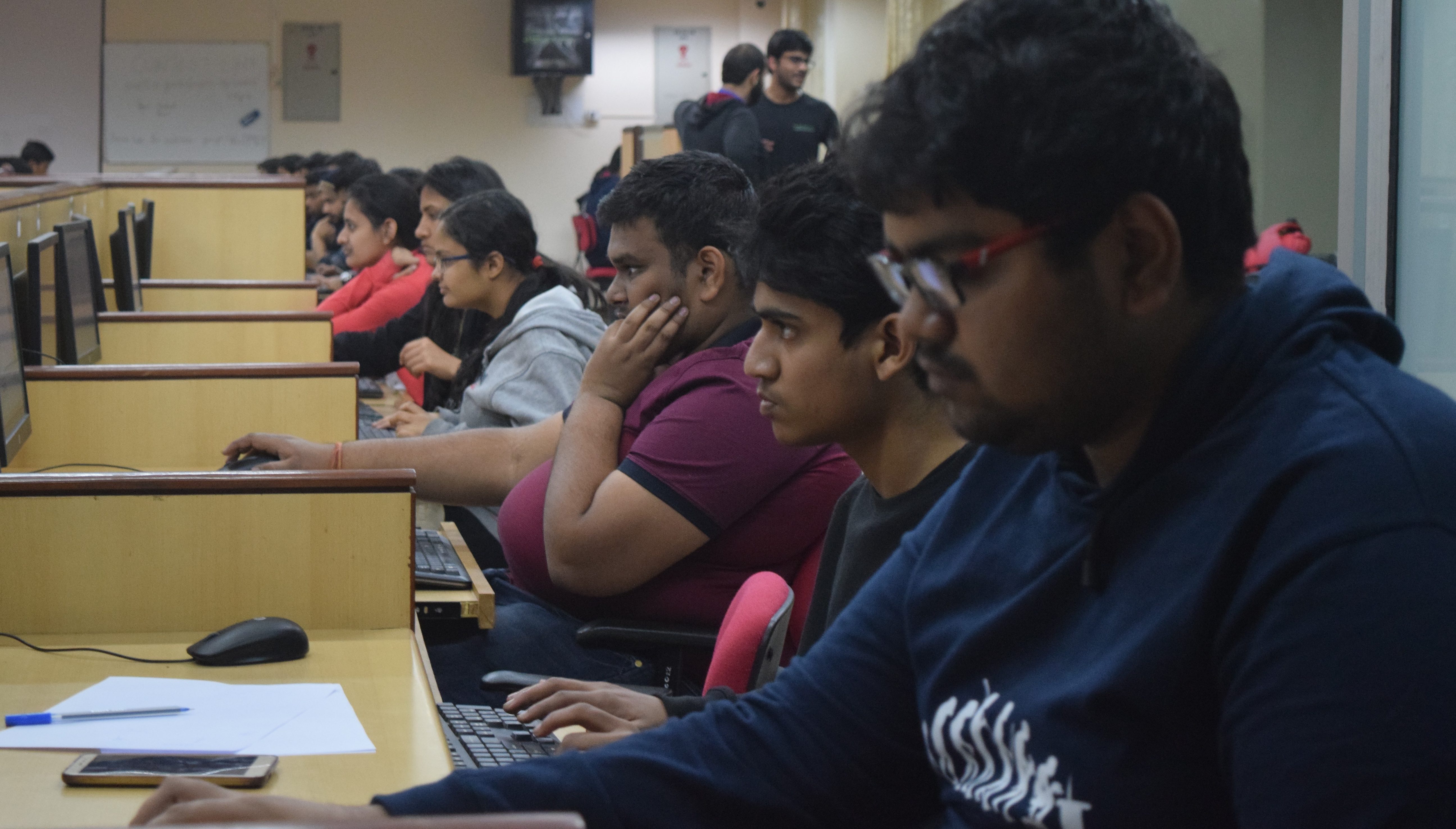 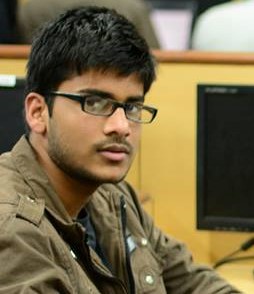