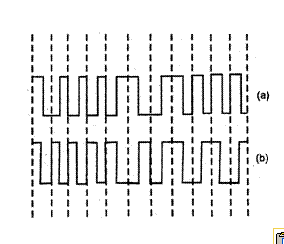 Answer: (A)
Explanation: In simple language, Manchester encoding has +A to -A transition for the clock cycle for which bit is ‘1’ and transition from -A to +A for the cycle when bit is ‘0’ (A is the amplitude). 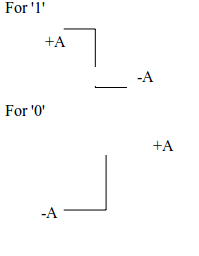 This solution is contributed by Kriti Kushwaha.