Consider the directed graph shown in the figure below. There are multiple shortest paths between vertices S and T. Which one will be reported by Dijstra?s shortest path algorithm? Assume that, in any iteration, the shortest path to a vertex v is updated only when a strictly shorter path to v is discovered. 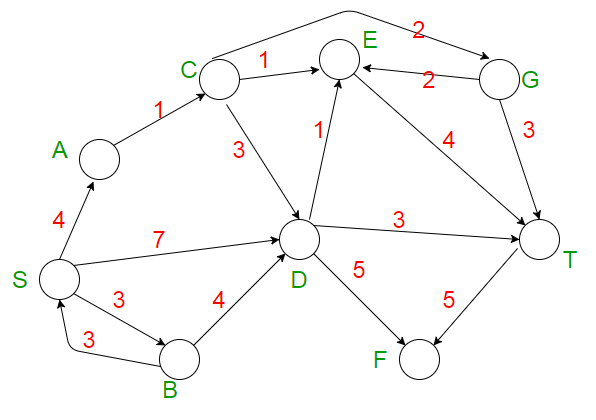 Background Required –  Dijkstra’s Single Source Shortest Path Algorithm
Explanation – Applying  Dijkstra’s algorithm to compute the shortest distances from S and finally generating the Tree as given below in the diagram. 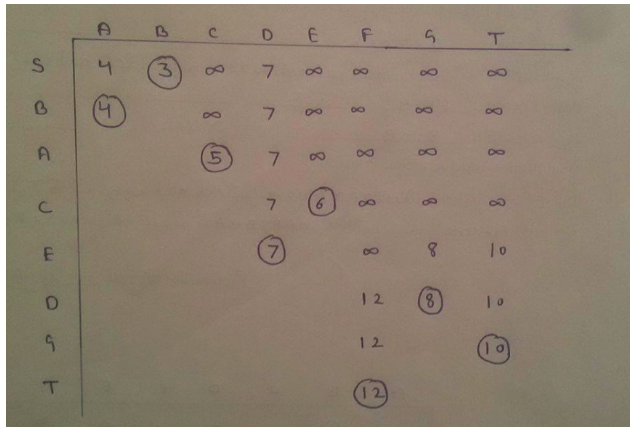 This solution is contributed by Pranjul Ahuja.