In a packet switching network, packets are routed from source to destination along a single path having two intermediate nodes. If the message size is 24 bytes and each packet contains a header of 3 bytes, then the optimum packet size is:
(A) 4
(B) 6
(C) 7
(D) 9

Answer: (D)
Explanation: Dividing a message into packets may decrease the transmission time due to parallelism as shown in the following figure. 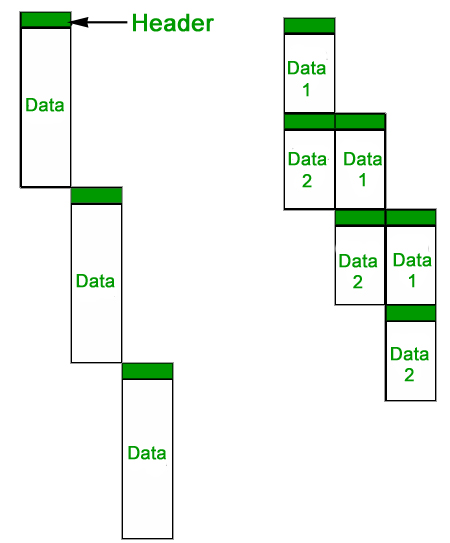 But after a certain limit reducing the packet size may increase the transmission time also.

Following figure shows the situation given in question.

Circuit Switching Vs Packet Switching
Quiz of this Question