In this article, we will learn how to draw funnel chart in tableau worksheet to do further operations.

1. Open Tableau tool and connect a dataset into it.

2. Drag and drop the one sheet of connected dataset.

4. On clicking Sheet1 you will get whole dataset attributes on left side and a worksheet for work. 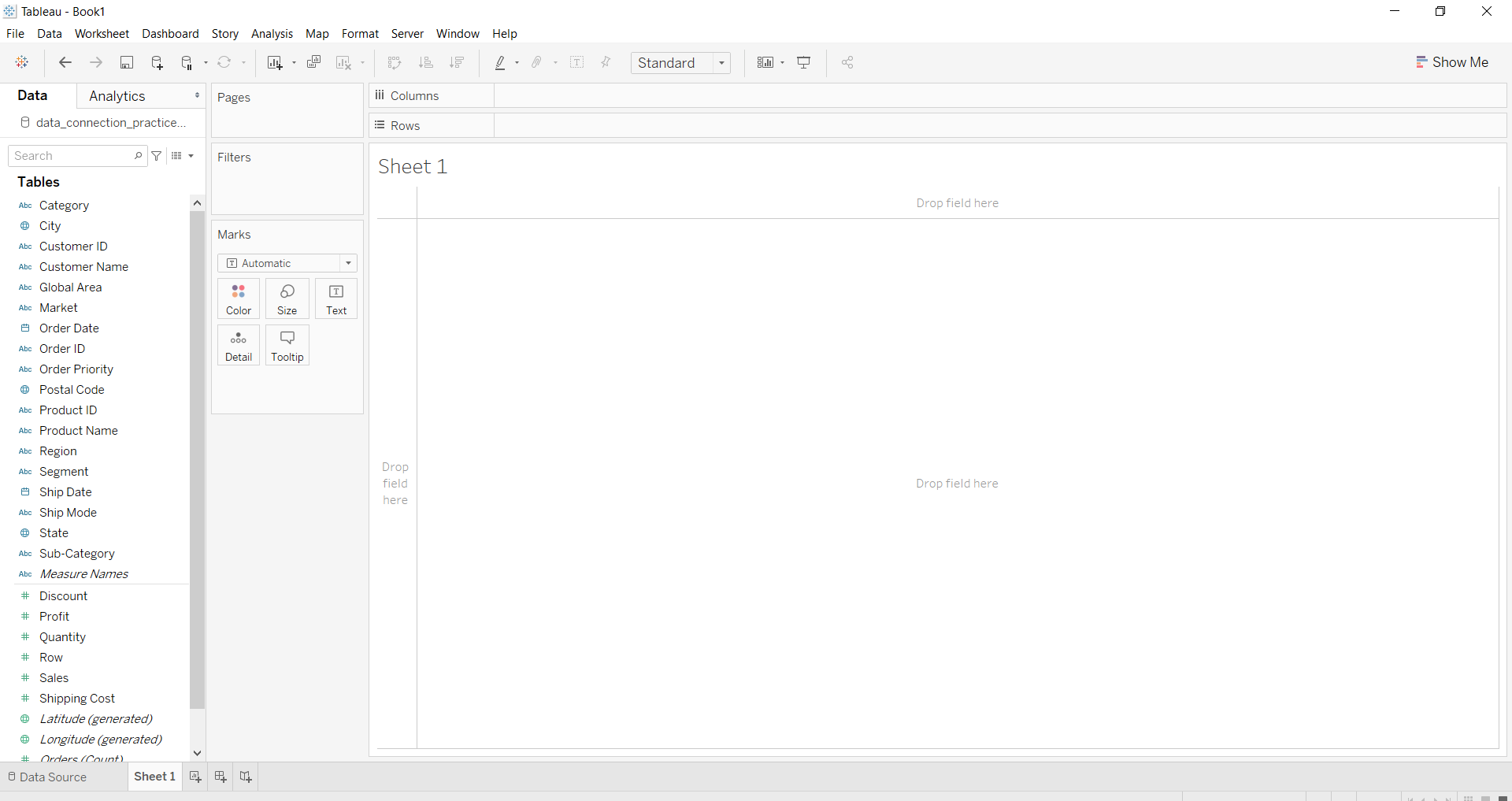 5. To draw a funnel chart you have to select minimum one attributes by drag and drop into row then apply the            another parameters for better visualization.

Here, we simply draw a funnel chart and apply an attribute by size on it.

This example uses above example 1 with some extra marks (apply the label and color marks) and which are shown below:

This example is similar to example 1 but applied on different values with different features with more clarification of whole procedure.