All natural numbers can be written as a product of its prime factors. For example: 24 = 2 × 3 × 2 × 2 or 13 = 13 × 1 and so on. Can we say that its vice-versa is also true? Can any natural number be obtained by multiplying prime numbers? This question is answered by The Fundamental Theorem of Arithmetic, also known as Unique prime factorization theorem. The major significance of Fundamental theorem of arithmetic is that it tells about the uniqueness of prime factorization.

Yes, there are infinitely many possible prime numbers and from their multiplication, we can generate infinite numbers and that is the crux of the Fundamental Theorem of Arithmetic. To further develop this concept let’s look at the factorization of a number. 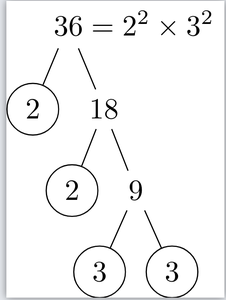 The figure above represents the factorization tree of the number. 36 = 2 × 2 × 3 × 3. It is a product of prime numbers. If we keep on trying different numbers, we see that all the numbers can be represented as product primes. In a more formal way,

Every composite number can be expressed (factorized) as a product of primes, and this factorization is unique, apart from the order in which the prime factors occur.

This is called Fundamental Theorem of Arithmetic.

This theorem says that every composite number can be re-written as the product of prime numbers in a “unique” way, except for the order in which primes occur.

Question 1: Factorize the number “4072” and represent it in tree-form. 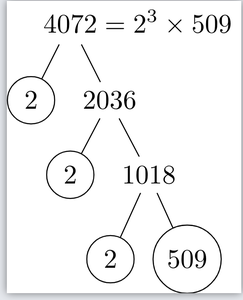 Question 2: Factorize the number “324” and represent it in tree-form. 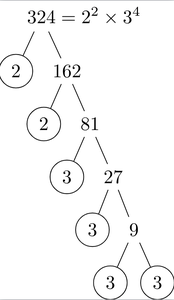 Question 3: Factorize the number “16048” and represent it in tree-form. 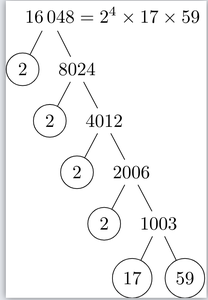 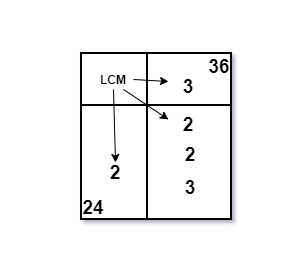 LCM and HCF can be found with the help of prime factorization too, lets look at some examples.

Prime Factorization of 6 can be represented in the following way, 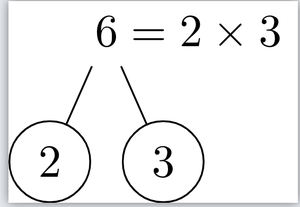 Prime Factorization of 20 can be represented in the following way, 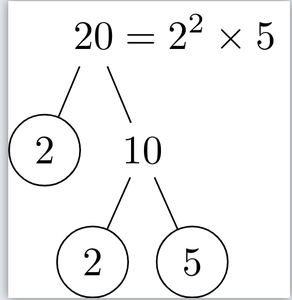 So, now we have prime factorization of both the numbers,

HCF = Product of the smallest power of each common prime factor in the numbers.

LCM = Product of the greatest power of each prime factor, involved in the numbers. 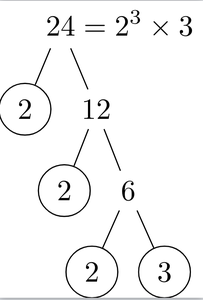 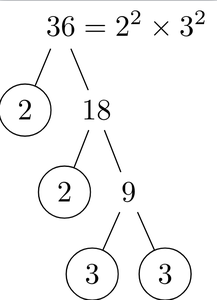 Based on the previous definitions,

From the property studied above,

Plugging in the given values.