What is Free Fall?

Free Fall is defined as the movement of an object under only the influence of Gravity (Gravitational force offered by the planet Earth). Imagine an object being dropped to the ground (Earth’s surface), and no other factor, but the acceleration provided by gravity is acting upon the object, such a case is known as free-falling. 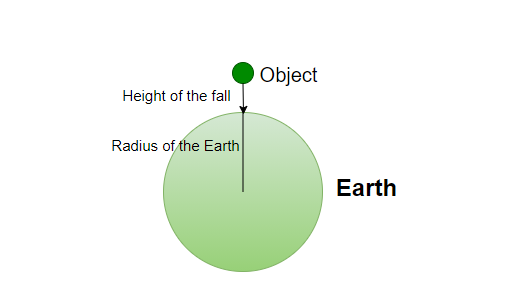 Characteristics of the object under Free Fall

Acceleration due to gravity 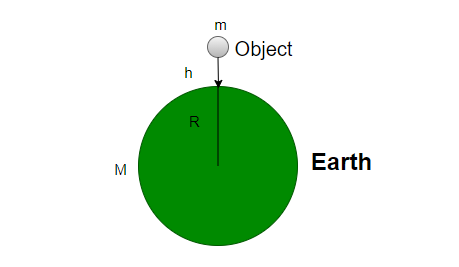 Hence, Height at which the object is dropped can be ignored.

Force is defined as, F=ma

Here, a=g (acceleration due to gravity).

m = mass of the object

There are majorly two graphs that can be observed of an object under Free Fall. One is the Position-Time graph and the other one is the Velocity-Time graph. The position-time graph will show a curve going down since that object is experiencing acceleration, the starting of the graph will not be curvy since the initial velocity is zero. The velocity-time graph is observed to be having a negative slope since the acceleration is in a downwards (negative) direction. 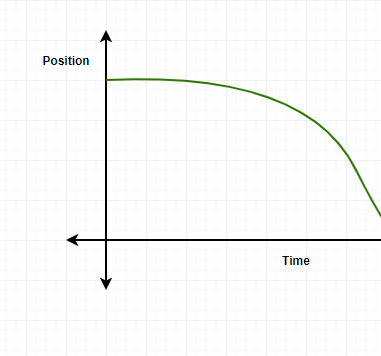 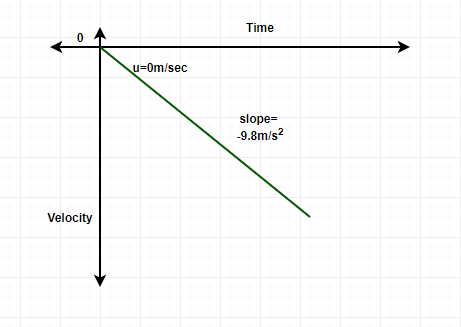 First Equation of motion ⇢ v = u+ at

Hence, the equation obtained are,

Question 1: Two objects are dropped together, the other object is 10 times heavier than the first one, while first object falls in 10 seconds, the other takes 12 seconds to fall. Which of the two will obtain more velocity under free fall?

Formula for velocity under free fall,

Hence, the velocity is independent of the mass or weight.

Therefore, The second object will have more velocity.

Question 2: What are the three conditions required for the Freefall of an object?

Conditions for Free falling of an object,

Question 3: What is the height at which a ball is dropped if it takes 9 seconds to reach the ground. Does the mass of the ball is an important factor in order to obtain the height?

The formula for height of the ball,

Question 4: What was the height of an object when the velocity obtained by the object is 10m/sec?

The formula of equation of motion used here,

Question 5: What are real-life examples of Free fall?

Real- life example of a body under Free Fall,