Our surroundings are made from Biotic and Abiotic elements. biotic elements consist of all of the residing organisms and abiotic elements consist of all non-residing matters that surround the residing organism, which has interaction with every different and preserves stability in nature. Normally all of the surrounding elements of an organism or a populace are together known as an Ecosystem. The abiotic aspect includes- Climatic elements (the ones which impact the surroundings) like rainfall, daylight, air, etc. they do not directly additionally impacts the biodiversity or species richness of that precise vicinity wherein each abiotic and biotic element is optimum. The environment gives us the critical elements for the survival of any organism on the planet find it irresistible to give critical nutrients, water, air, shelter, and meals to organisms to stay their lifestyles cycle easily.

There are two types of ecosystems:

Based on the manner in which they obtain their sustenance from the environment, organisms are grouped as follows:

A Food Chain is a series of organisms that are dependent on the next as a source of food. Organism feed on each other. These organisms take part at various biotic levels and form food chains. A trophic level is each step or level in the food chain. They show the direction of energy in an environment. The producers or autotrophs which produce food by the process of photosynthesis are at the first trophic level. Autotrophs or producers fix up the solar energy & make it available for consumers, which are also known as Heterotrophs.

The food we consume acts as fuel to our body and it provides energy and helps in maintaining homeostasis. Due to the interactions among the components of the environment energy flows from one component of the system to another component. Autotrophs absorb energy from sun rays and convert it into chemical energy. It is this energy that supports all the activities. The energy pass in a unidirectional upward movement from producer to decomposer. When one form of energy is converted into another form of energy, some amount of energy or a huge amount of energy is lost to the environment and can’t be used again. 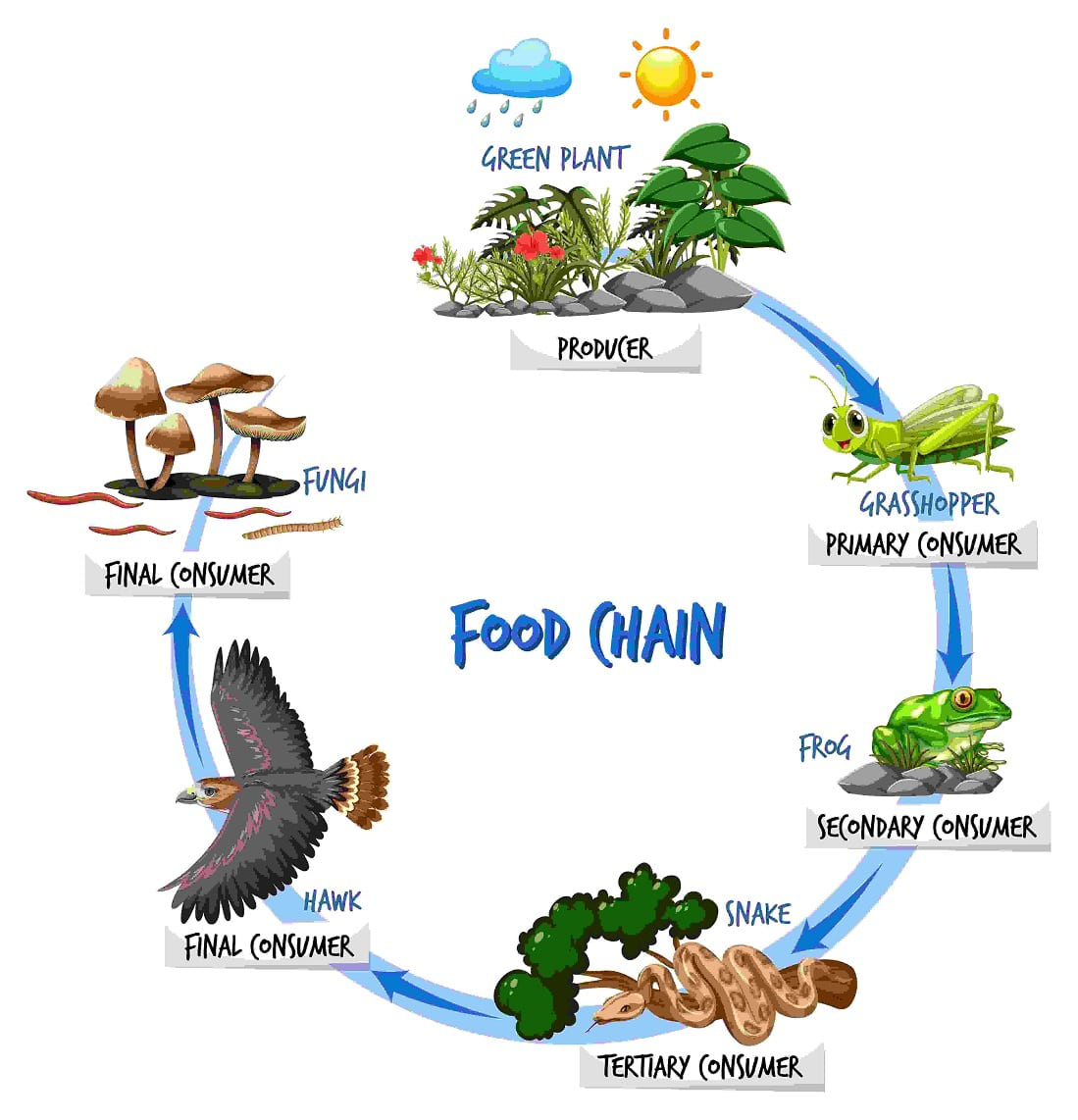 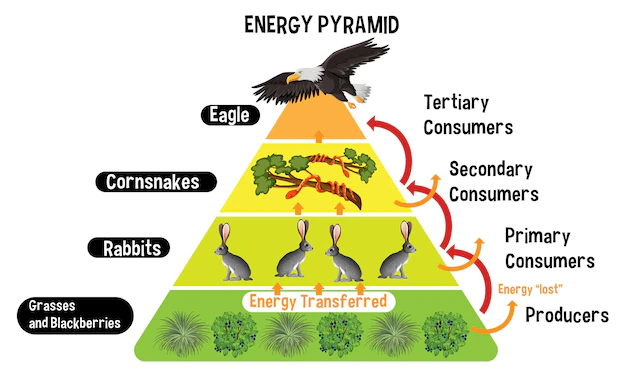 The length and complexity of the food chain differ greatly. In our environment, one organism can be eaten by two or more kinds of organisms which are then eaten by others. So instead of a straight line food chain, this relationship can be shown as a series of branching lines, this graphical representation is known as the Foodweb.
The Food web also can be defined as an interconnection of food chains.

The energy captured by producers or autotrophs is passed on to the secondary consumers, then to tertiary consumers, and so on. So the flow of energy is said to be unidirectional and it doesn’t revert back. As we already discussed, some amount of energy is lost from each trophic level in the form of heat loss to maintain their temperature. so for the next transfer, the energy is less and energy goes on decreasing. Thus, the top trophic level receives less energy than the previous ones.

Another aspect of the food chain is that some chemicals enter our body through the food chain and start accumulating in the body this is known as Biomagnification. Humans use various chemicals and pesticides to protect crops from pests and other diseases. These chemicals reach soil or water bodies when they are washed off. On the one side, from the soil, these are absorbed by the plants along with water & minerals. On the other side, the water bodies, are taken up or consumed by the aquatic plants & animals. In this way, chemicals enter the food chains. These chemicals are not degradable. So they go on accumulating at each trophic level. It’s human beings who occupy the topmost level of the food chain. It can also be defined as a  process in which the maximum concentration of chemicals gets accumulated in the body of organisms occupying the topmost trophic level. This is the reason wheat, rice, fruits, vegetables, and meat contains varying amount of chemicals. 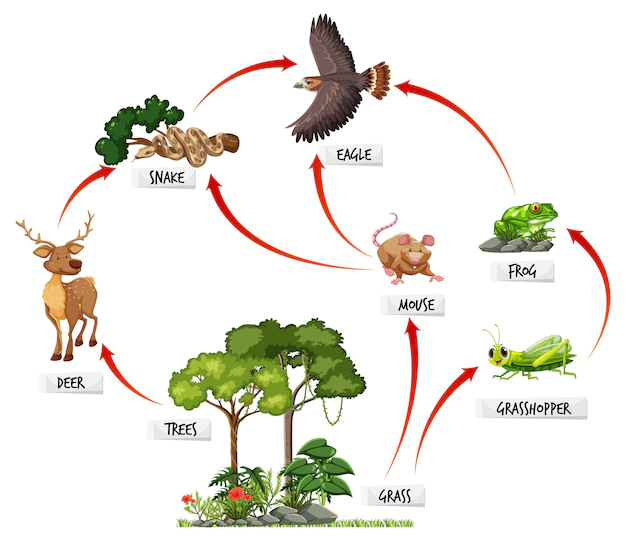 Question 1: Define the ecosystem and mention the types of ecosystems.

An ecosystem is a system consisting of biotic components or living organisms and abiotic components or physical factors like temperature, wind, soil, minerals & rainfall, which interact with each other and maintain a balance in nature. There are two types of ecosystems:

Question 2: What is a Food chain?

A food chain is a series of organisms which are dependent on the next as a source of food.These organisms take part at various biotic levels and form food chains.

A trophic level is formed by each step or level of the food chain.

Question 4: What is a food web?

In our environment one organism can be eaten by two or more kind of organisms which are then eaten by others.So instead of a straight line food chain, this relationship can be shown as a series of branching lines,this graphical representation is known as Food web.

Question 5: What is biological or biomagnification?

Bio-magnification or biological magnification is the process in which maximum concentration of chemical gets accumulated in the body of organisms occupying the top most trophic level.

Question 6: Which organisms occupy the first trophic level and why?

The producers or autotrophs occupy the first trophic level. Because they produce food by themselves by the process of photosynthesis and autotrophs or producers fix up the solar energy and they are the one who make it available for consumers of the next trophic levels.