As we know, the user interface of an application when it is designed in Flutter contains a set of widgets. So that means the whole application is set to be made out of widgets. A widget describes what the view of the app would look like in the given state.

Now, as the user interface contains several widgets, those several widgets are combined to form a widget tree. Now, to each widget that the user creates, an element is created simultaneously by the flutter framework, so now these elements when combined will be called an element tree.

So that means that the widget tree has all the widget configuration and the element tree has all rendered widgets on the screen. There is one more tree named render tree, but the user doesn’t have to interact with it. Render tree is basically a low-level layout, painting system that inherits from the render objects. You won’t need to inherit directly to the render tree, and you will be interacting with the widgets.

Now the widget tree can also be divided into 2 small trees depending on what widget the user has chosen for their code.

Following is the sample code:

Here in this code, we have created a simple class called TextList which extends the stateless widget, which contains several other widgets like row, icon, and text. For each widget in this widget tree, a stateless element is created and the combination of these elements makes it an element tree.

A stateful widget is a widget that is used by the user to create a dynamic application. The stateful widget also works similar to the stateless widget, but here when the framework calls the createElement method, a state object is created. The reason behind creating the state object is that as this has to be a dynamic application the states would change while keeping the previous state unharmed and enhancing the performance.

We make use of the setState method to set the new data values or to update the state objects.

Following is the example code:-

Here in this code, we have created _TextListState class that extends the state TextList. We have used the setState method because we have to keep the initial state in the element tree even after changing the state. 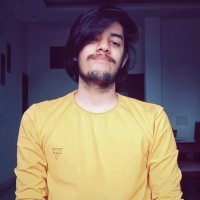