The Animated Splash screen is used for a startup screen in a Flutter application. More or less all applications use them generally to show the logo of the institution and its creators awareness.  This although holds no functionality but it can be great to increase product awareness and promotion.

Let’s look deep into the implementation of the Animated Splash screen with the help of a simple application. To build so, follow the below steps:

The animated_splash dependency can be added to the pubspec.yaml file as shown below:

To import the animated_splash dependency to the main.dart file, use the following line of code:

To use the logo image, the assets need to be added to the assets path as shown below: 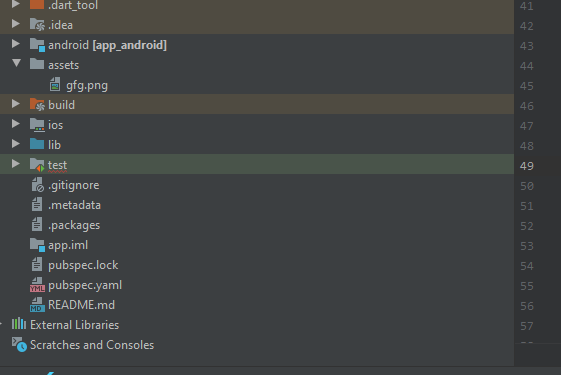 Make use of the StatefulWidget that extends to an appbar and a body.  We will also create a dummy function to delay the screen time of the logo. The function can be something like as shown below:

Now to structure the application extent the StatefulWidget to Homepage as shown below: