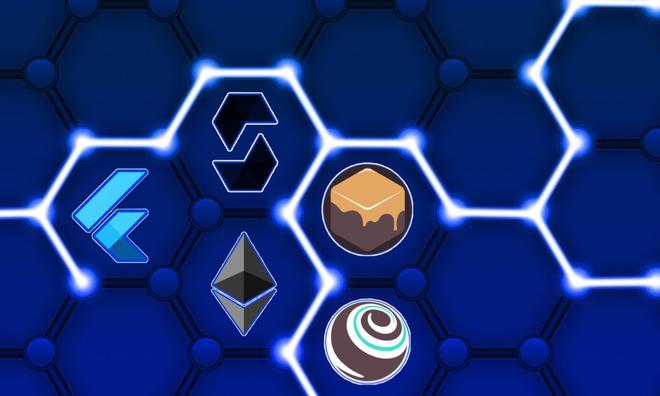 This tutorial will take you through the process of building your first mobile dapp – Hello World Dapp!

This tutorial is meant for those with a basic knowledge of Ethereum and smart contracts, who have some knowledge of the Flutter framework but are new to mobile dapps.

In this tutorial we will be covering:

Setting up the development environment

Truffle is the most popular development framework for Ethereum with a mission to make your life a whole lot easier. But before we install truffle make sure to install node .

Once we have node installed, we only need one command to install Truffle:

We will also be using Ganache, a personal blockchain for Ethereum development you can use to deploy smart contracts, develop applications, and run tests. You can download Ganache by navigating to http://truffleframework.com/ganache and clicking the “Download” button.

The Smart Contract actually acts as the back-end logic and storage for our Dapp.

We just defined a single variable yourName of type string, also yourName is a public modifier which means that we can access it from outside the smart contract.

Constructor in solidity executed only once, when a contract is created and it is used to initialize contract state. Here we’re just setting the initial value of variable yourName to “Unknown”.

You should see output similar to the following:

You’ll see one JavaScript file already in the migrations/ directory: 1_initial_migration.js. This handles deploying the Migrations.sol contract to observe subsequent smart contract migrations, and ensures we don’t double-migrate unchanged contracts in the future.

Let’s create our own migration script : 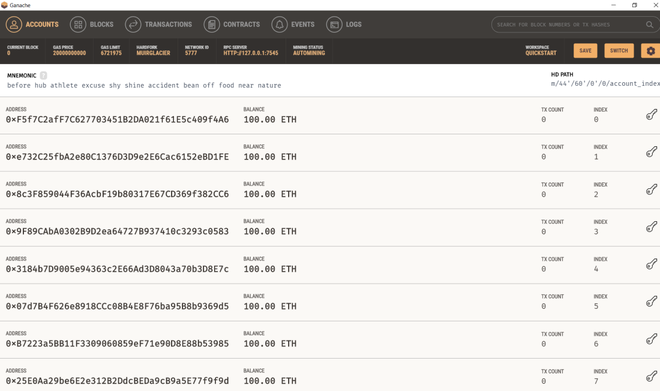 You should see output similar to the following: 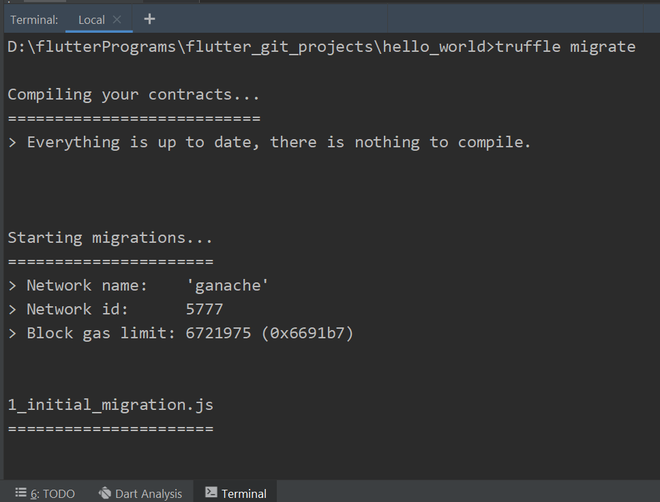 In Truffle, we can write tests either in JavaScript or Solidity, In this article, we’ll be writing our tests in Javascript using the Chai and Mocha libraries. 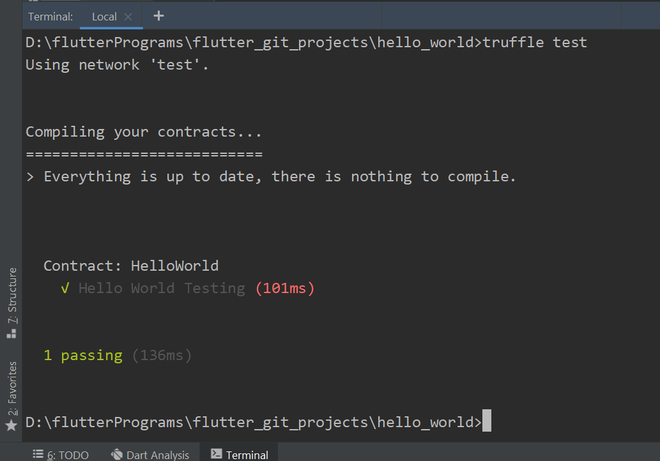 The library web3dart won’t send signed transactions to miners itself. Instead, it relies on an RPC client to do that. For the WebSocket URL just modify the RPC URL. You can get the RPC URL from the ganache :

Creating a UI to interact with the smart contract

Interacting with the complete Dapp 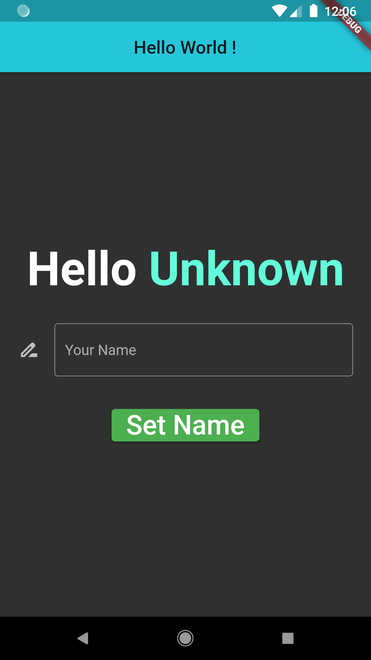 As you can see the Hello Unknown, in the UI is actually coming from the smart contract, variable yourName .

Congratulations! You have taken a huge step to become a full-fledged mobile dapp developer. For developing locally, you have all the tools you need to start making more advanced dapps.

If you stuck somewhere, do check out the GitHub repository for complete code.