Before getting into the FOIL Algorithm, let us understand the meaning of first-order rules and the various terminologies involved in it.

All expressions in first-order logic are composed of the following attributes:

Term: It can be defined as any constant, variable or function applied to any term. e.g. age(bob)

Literal: It can be defined as any predicate or negated predicate applied to any terms. e.g. female(sue), father(X, Y)

Clause – It can be defined as any disjunction of literals whose variables are universally quantified.

Horn clause — It can be defined as any clause containing exactly one positive literal.

Then the horn clause can be written as

In machine learning, first-order inductive learner (FOIL) is a rule-based learning algorithm. It is a natural extension of SEQUENTIAL-COVERING and LEARN-ONE-RULE algorithms. It follows a Greedy approach.

Inductive learning analyzing and understanding the evidence and then using it to determine the outcome. It is based on Inductive Logic. 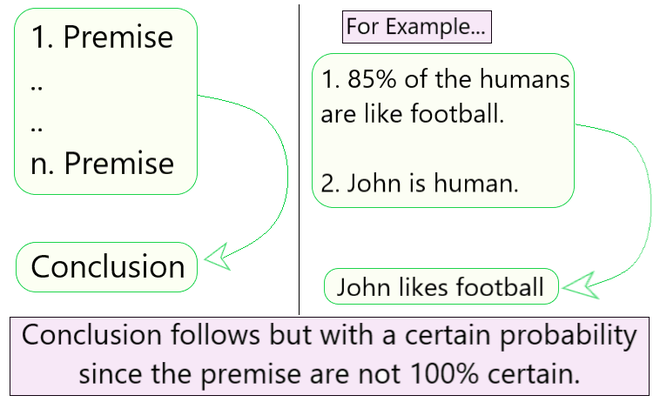 Working of the Algorithm:

In the algorithm, the inner loop is used to generate a new best rule. Let us consider an example and understand the step-by-step working of the algorithm. 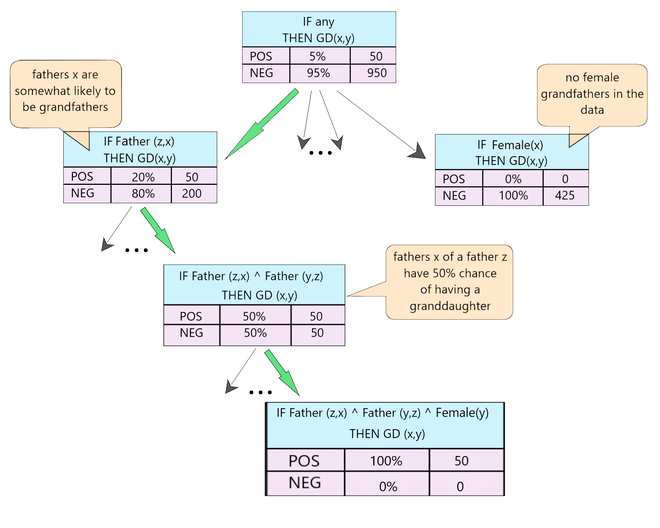 The performance of a new rule is not defined by its entropy measure (like the PERFORMANCE method in Learn-One-Rule algorithm).

FOIL uses a gain algorithm to determine which new specialized rule to opt. Each rule’s utility is estimated by the number of bits required to encode all the positive bindings. [Eq.1]

FOIL Algorithm is another rule-based learning algorithm that extends on the Sequential Covering + Learn-One-Rule algorithms and uses a different Performance metrics (other than entropy/information gain) to determine the best rule possible. For any doubts/queries regarding the algorithm, comment below.