Find the maximum GCD possible for some pair in a given range [L, R]

Naive Approach: Every pair that can be formed from L to R, can be iterated over using two nested loops and the maximum GCD can be found.

Efficient Approach: Follow the below steps to solve the problem:

My Personal Notes arrow_drop_up
Previous
Count of subarrays with largest element at least twice the largest of remaining elements
Next
Count of distinct GCDs among all the non-empty subsequences of given array
Recommended Articles
Page :
Find N distinct integers with GCD of sequence as 1 and GCD of each pair greater than 1
07, Dec 21
Pair of integers having least GCD among all given pairs having GCD exceeding K
16, Sep 20
Find pair with maximum GCD for integers in range 2 to N
30, Jun 20
Maximum possible GCD for a pair of integers with product N
18, Jul 20
Maximum possible GCD for a pair of integers with sum N
18, Jul 20
Count all possible values of K less than Y such that GCD(X, Y) = GCD(X+K, Y)
13, Jan 21
Check if there is any pair in a given range with GCD is divisible by k
08, Nov 18
Find pair with maximum GCD in an array
23, Jul 17
GCD of a number raised to some power and another number
19, Nov 18
Minimum LCM and GCD possible among all possible sub-arrays
25, Feb 19
Find N - 1 pairs from given array such that GCD of all pair-sums is greater than 1
31, Jan 22
Find any pair with given GCD and LCM
07, Oct 18
Smallest subsequence having GCD equal to GCD of given array
20, Oct 20
Maximum possible GCD after replacing at most one element in the given array
27, Nov 19
Minimum product modulo N possible for any pair from a given range
30, Apr 21
Find a Co-Prime pair with maximum difference in a given range
16, Aug 22
Longest subsequence having maximum GCD between any pair of distinct elements
27, Oct 20
Pair with maximum GCD from two arrays
22, Oct 17
Maximum range length such that A[i] is maximum in given range for all i from [1, N]
05, Jul 21
Given GCD G and LCM L, find number of possible pairs (a, b)
20, Jun 17
Find minimum sum Pair whose GCD is greater than 1
19, Apr 22
Find original numbers from gcd() every pair
01, Apr 19
Find the GCD that lies in given range
06, Jun 18
Queries to update a given index and find gcd in range
18, Apr 19
Article Contributed By : 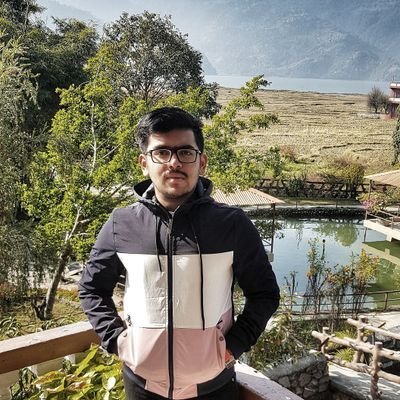