Find instances at end of time frame after auto scaling

There are no more readings to consider and 2 is the final value.

There are no more readings to consider and 3 is the final answer.

Next
Maximum count of 0s between two 1s in given range for Q queries
Related Articles
1. Count of index range [L, R] in Array such that removing all its instances sorts the Array
2. Find the positions of given people after T time using their starting time and direction
3. ML | Feature Scaling - Part 1
4. ML | Feature Scaling – Part 2
5. Find the number of consecutive zero at the end after multiplying n numbers
6. Find the last element after repeatedly removing every second element from either end alternately
7. Find the time when last car reaches end of track in given race
8. Minimize cost to reach the end of given Binary Array using jump of K length after performing given operations
9. Print Array after moving first occurrence of given element to end in given Array for Q queries
10. Last element of an array after repeatedly removing the first element and appending it to the end of the array twice exactly K times
Article Contributed By : 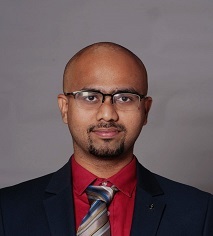