Modifiers are specific keywords present in Java using that we can make changes to the characteristics of a variable, method, or class and limit its scope. Java programming language has a rich set of Modifiers. Modifiers in Java are divided into two types

Non-access modifiers provide information about the characteristics of a class, method, or variable to the JVM. Seven types of Non-Access modifiers are present in Java. They are

The final non-access modifier is applicable to classes, methods, and variables. If we declare a parent class method as final then we can’t override that method in the child class because its implementation is final and if a class is declared as final we can’t extend the functionality of that class i.e we can’t create a child class for that class i.e inheritance is not possible for final classes. Every method present inside the final class is always final y default but every variable present inside the final class need not be final. The main advantage of the final keyword is we can achieve security and we can provide a unique implementation. But the main disadvantage of the final keyword is we are missing key benefits of OOPs like Inheritance(Because of the final class), Polymorphism(Because of the final method)  hence if there are no specific requirements then it is not recommended to use the final keyword.

The static non-access modifier is applicable for methods and variables but not for classes. We can declare a top-level class with a static modifier but we can declare the inner class as static (such types of inner classes are known as static nested classes). In the case of instance variable for every object, a separate copy will be created but in the case of static variable, a single copy will be created at class level and shared by every object of that class. 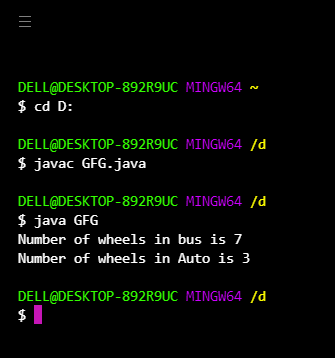