Prerequisite – Hashing Data Structure
In database management system, When we want to retrieve a particular data, It becomes very inefficient to search all the index values and reach the desired data. In this situation, Hashing technique comes into picture.
Hashing is an efficient technique to directly search the location of desired data on the disk without using index structure. Data is stored at the data blocks whose address is generated by using hash function. The memory location where these records are stored is called as data block or data bucket.

Below given diagram clearly depicts how hash function work: 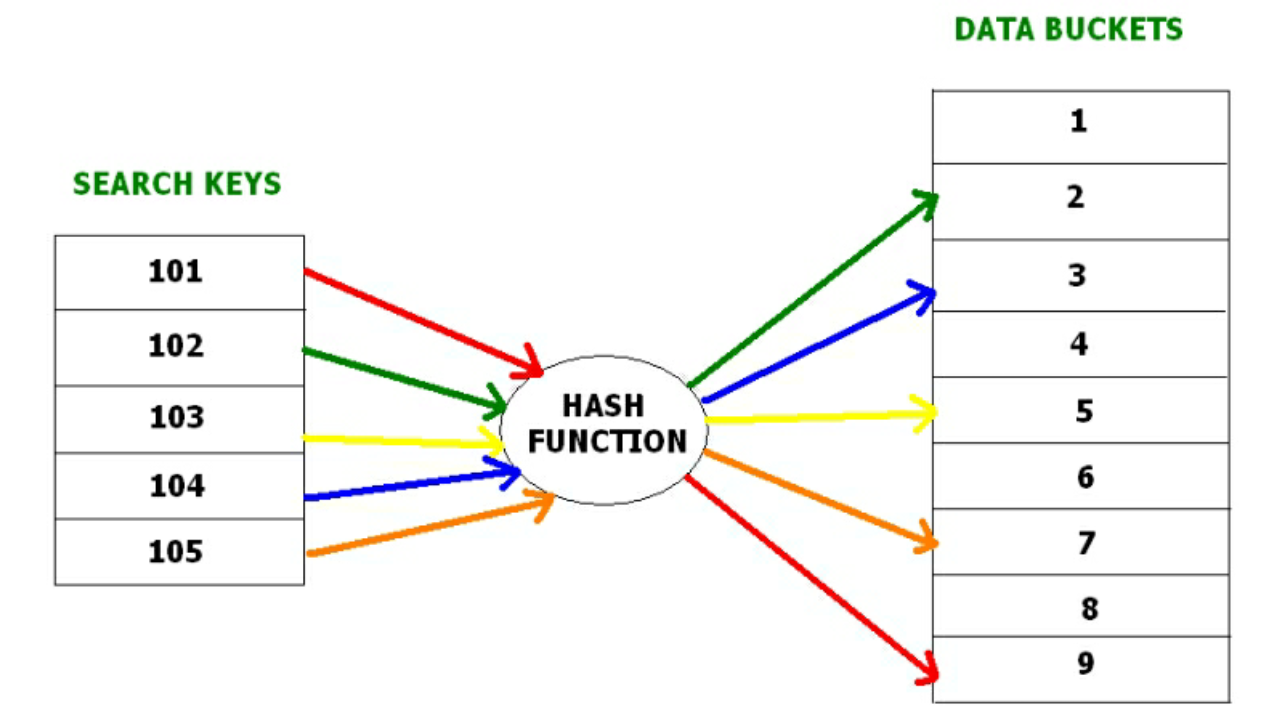 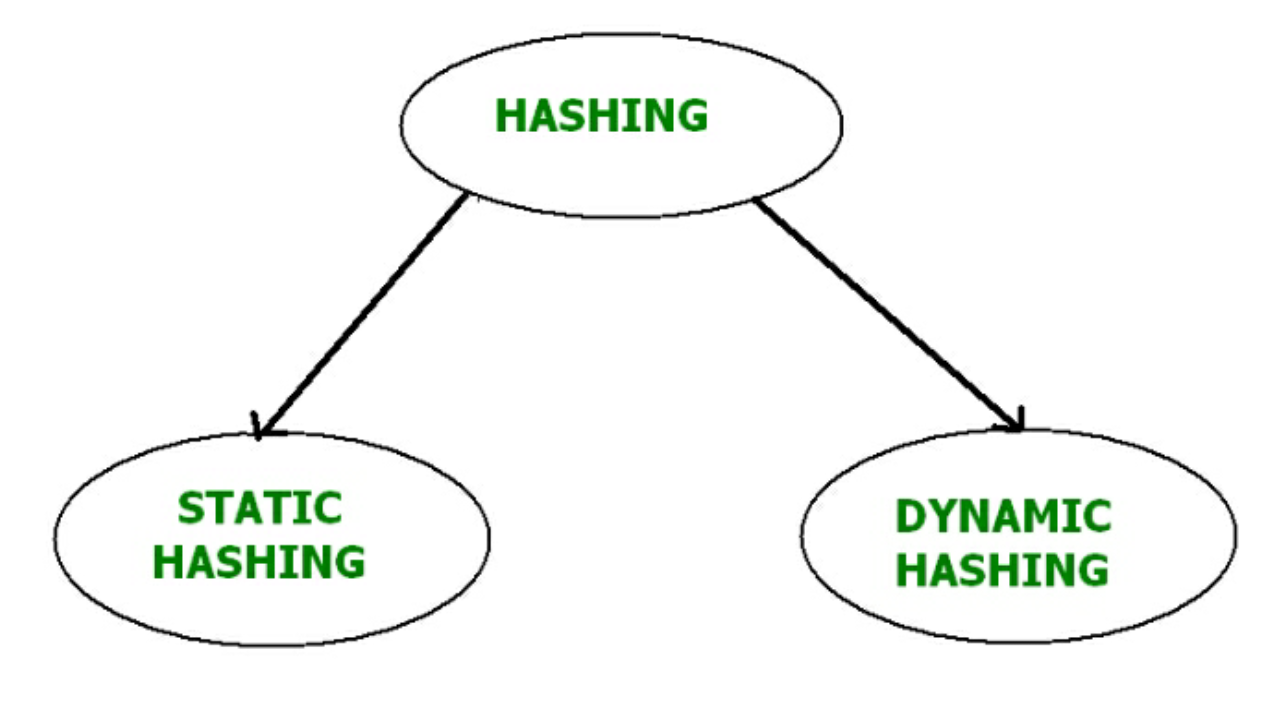 In static hashing, when a search-key value is provided, the hash function always computes the same address. For example, if we want to generate address for STUDENT_ID = 76 using mod (5) hash function, it always result in the same bucket address 4.  There will not be any changes to the bucket address here. Hence number of data buckets in the memory for this static hashing remains constant throughout.

Now, If we want to insert some new records into the file But the data bucket address generated by the hash function is not empty or the data already exists in that address. This becomes a critical situation to handle.  This situation in the static hashing is called bucket overflow.
How will we insert data in this case?
There are several methods provided to overcome this situation. Some commonly used methods are discussed below:

In dynamic hashing, the hash function is made to produce a large number of values. For Example, there are three data records D1, D2 and D3 . The hash function generates three addresses 1001, 0101 and 1010 respectively.  This method of storing considers only part of this address – especially only first one bit to store the data. So it tries to load three of them at address 0 and 1. 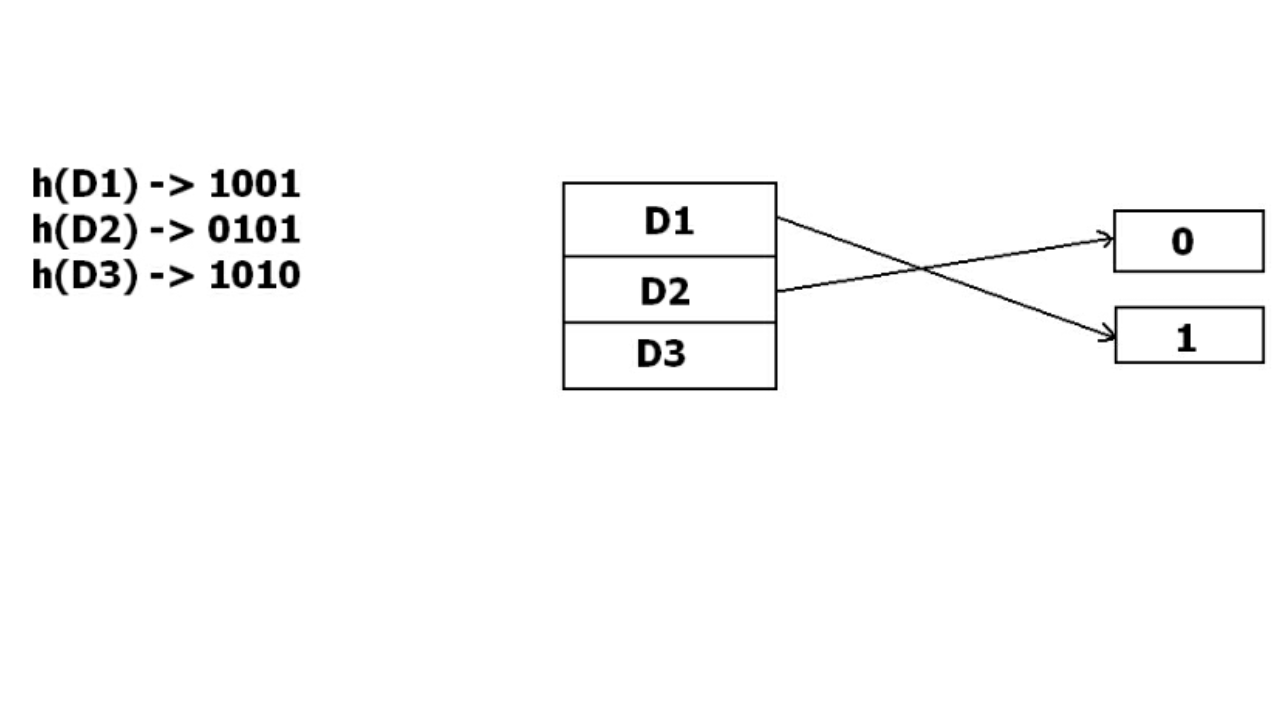 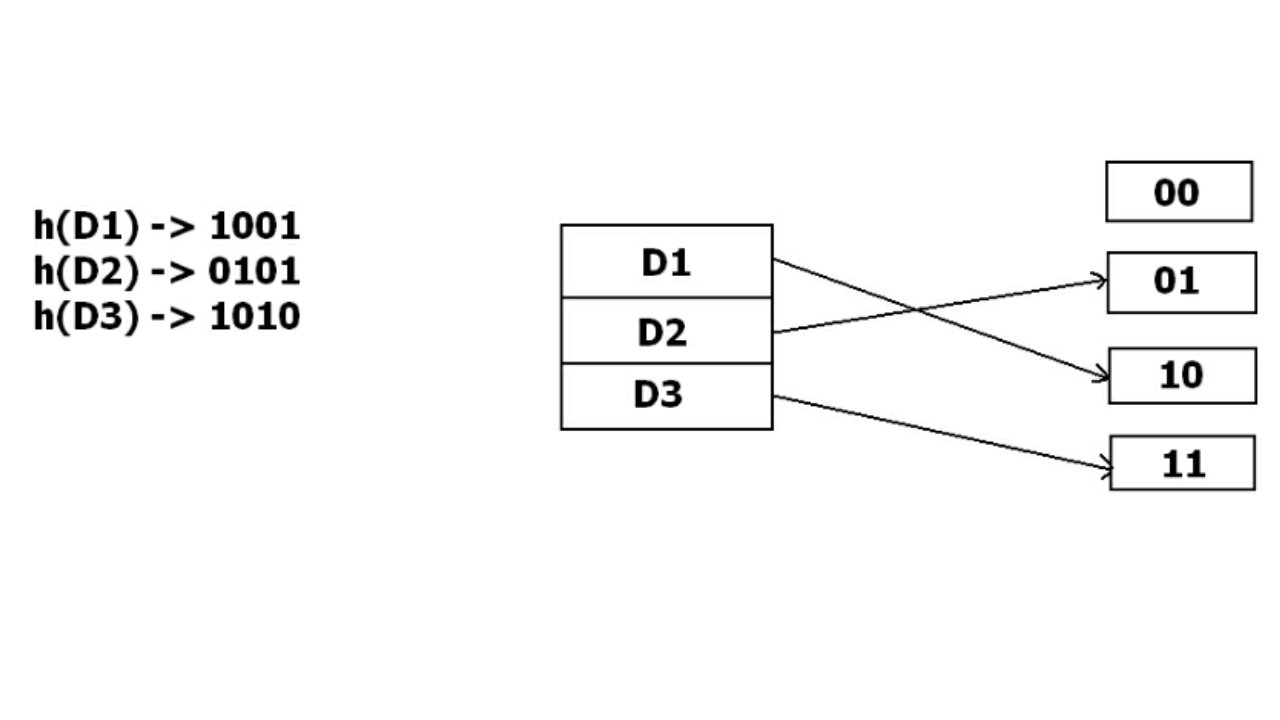