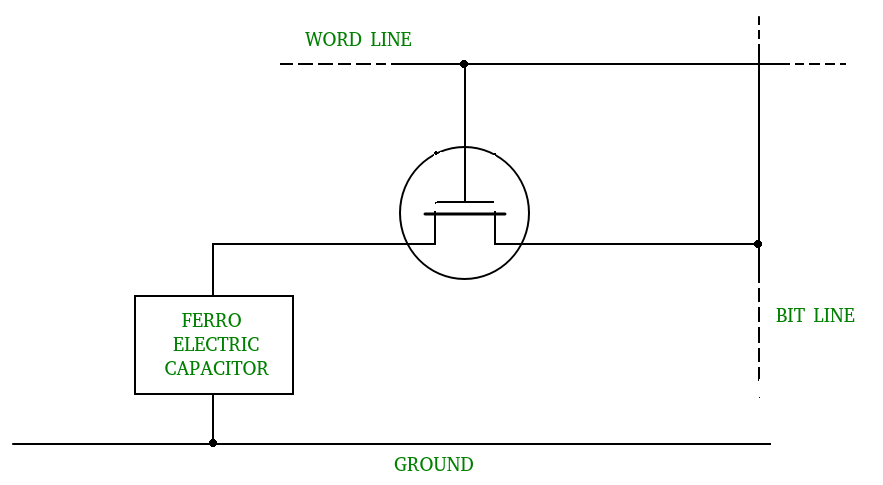 The capacitance of a ferroelectric material is variable. It behaves in a normal linear way, if switch is OFF when electric field is applied. If the switch is ON when an electric field is applied to the ferroelectric crystal layer, the central atom begins to move in the direction of field. At some point in its path, the atom exceeds an energy threshold causing a charge to spike. This charge spike is detected by the internal circuits and they set the memory. Now, if we remove the electric field, the state of memory is preserved as the central atom stays in its position. Due to this preservation of memory, we say that FRAM is non-volatile.

Random Access Memory (e.g.,. Dynamic RAM, Static RAM) has the advantage that it has a fast read/write access but it is volatile in nature, which means that we need a constant power supply to maintain the data in memory. On the other hand, Read Only Memory (ex. EEPROM, FLASH) has the advantage of being non-volatile but at the same time, it is very slow as compared to RAM. FRAM combines the best of the two types of memories, which means that it is non-volatile and also has a fast read/write access.

The key features of FRAM are:

The overall performance of a FRAM can be increased by: