Anonymity plays an important role in the life of a cybersecurity researchers and law and enforcement agencies. Sometimes a situation occurs in which you have to send an email anonymously to another security researcher in order to maintain integrity which is a third important part of the CIA model. So here Fakemailer plays an important role to send mails anonymously. Fakemailer is a free and open-source tool available on GitHub. Fakemailer provides a command-line interface that you can run on Kali Linux. The interactive console provides a number of helpful features, such as command completion and contextual help. Fakemailer helps law and enforcement agencies to investigate cybercrimes such as cyber grooming, cyberstalking, cyberbullying, and spreading misinformation. 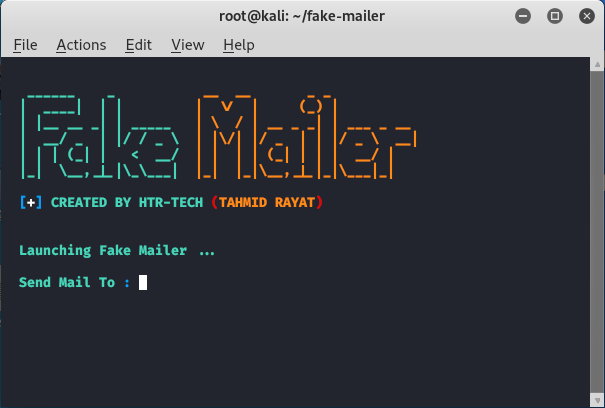 Step 1: Open your kali linux operating system terminal and use the following command to install the tool. 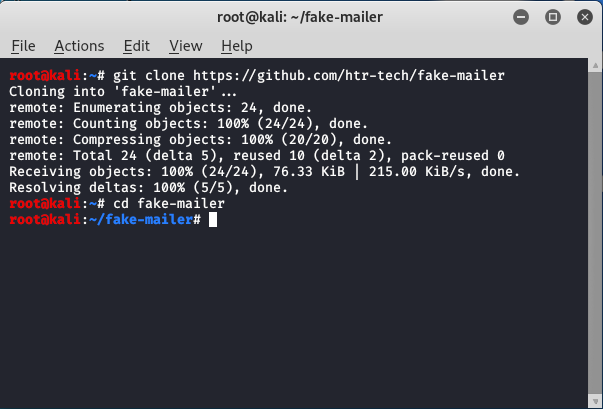 Step 2: Now you are in the directory of Fakemailer tool. Now use the following command to run the tool.

Now we will see an example to use the tool.

Example: Use the fake mailer tool to send emails anonymously 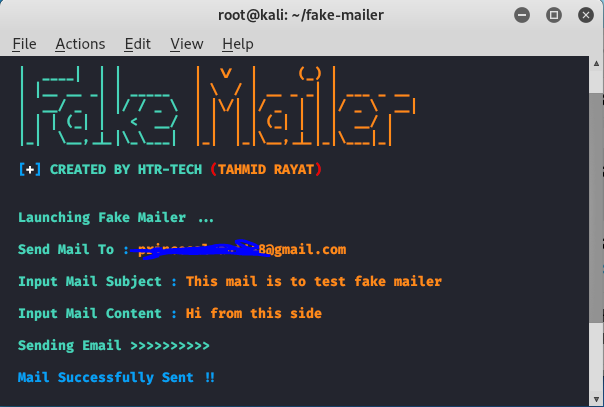 You can see we have provided the necessary details to the tool and the tool has sent the mail anonymously. This is a very useful tool for security researchers. Similarly, you can perform experiments.