Friction is an opposing force that restricts the motion of one body over the surface of another body in contact with it. It is absolutely necessary for the motion of any object over another. It is like a necessary evil that harms and helps. Its dual function can be understood by the example of walking, we are able to walk because there is friction, and we are walking at a certain low speed because of the opposing force provided by friction.

There are some forces which only come into action when they are in contact with each other. It is known as the contact forces. It is offered by solids, liquids, and also by gases, but it is maximum in the case of solids and least in the case of gases. The effects of friction include the gradual wearing away of things; this can be seen in examples like the uneven soles of our shoes, balding bicycle tires, and the deliberate action of rubbing sandpaper on a surface. 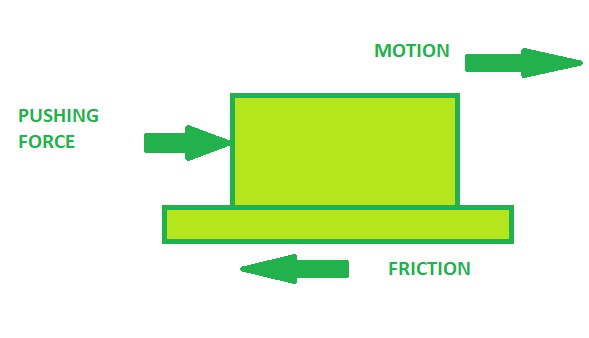 Friction can only be reduced it cannot be eliminated. We can reduce friction with the help of lubricants on the surface in contact. Reducing friction helps in better movement of objects over each other. If a surface is very rough we need to make it smoother for movement using some effective lubricants such as oil or grease like incase of machinery parts we use the greasing method to avoid friction between the parts when functioning.

If we reduce friction to zero, movements will not take place as then the object will not move it will just slip over the surface of the other and hence it is required to have some minimum friction for any kind of motion to take place between two objects or surfaces. Like for example, we cannot walk in ice because its surface is smoother and so it has the least friction and hence we slip whenever we try to walk there. Hence, for ice skating or any other activity on the surface of the ice, we need to use specially designed ice skating shoes or boots that have ends with rough surfaces to ensure we have some required friction for our movement. 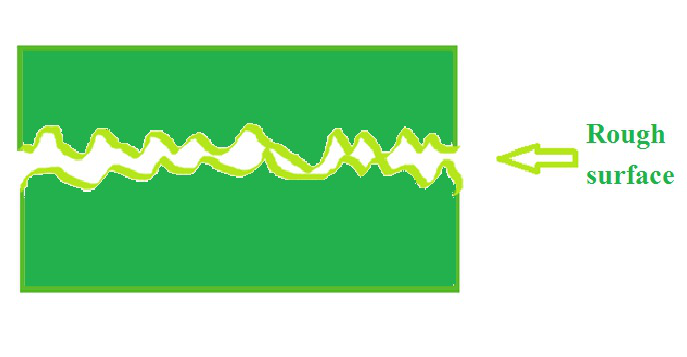 Friction is a force that resists or opposes the relative motion between two objects or materials. Various reasons are responsible for this opposing force to come into action. Among various other causes, the main cause of this resistive force or frictional force is molecular adhesion, surface roughness which depends on the nature of surface and body in contact, and deformations in the surface or in the moving object.

Spring balances provide a method of mass measurement that is both simple and convenient as well as cheap. The mass is hung on the end of spring, and the deflection of the spring due to the downwards gravitational force on the mass is measured against a scale. We can use this for performing and experimentally determining the different frictional forces in the case of different objects.

The observations are used to determine the following:

One of the ways to determine the coefficient of friction between two surfaces is to pull on an object, using a spring scale that is used to measure the weight of the object. If we lay an object on another surface and then pull it, we can determine the amount of force required to move the object into any surface.

Roughness/smoothness of the sliding object 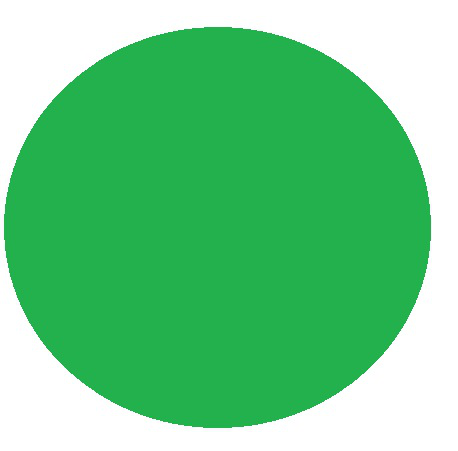 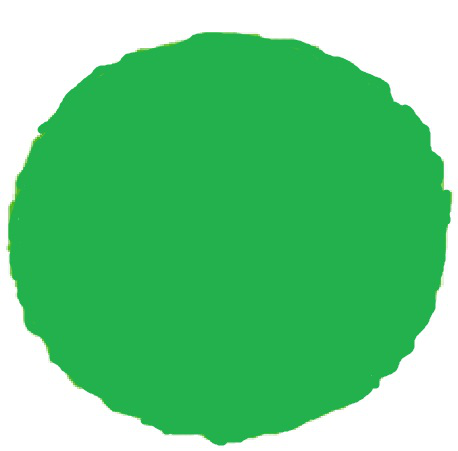 As we can see in the image the smooth ball having a smoother surface can travel a longer distance than the rough ball.

We cannot hold a glass with oily hands. Our hands are greasy and smooth, and we know that a smooth surface offers lesser interaction with the glass. And hence, it tends to slip. Another example of this is that while trekking on hilly and watery terrains, we wear groovy sports shoes so that rough shoes establish better locking with the hilly terrains, increasing friction, providing more grip, and decreasing get chances of a slip.

The friction is dependent upon the nature of the surface in contact. If the surface is rough the friction generated for the opposing motion of the object is greater as compared to the smoother surface.

For example, it is difficult to walk on a road full of small pebbles or a cracked rough with so many cracks in between them than on a smoother well-leveled road.

The opposing force generated during walking on the rougher road in the first case is more than in the second case.

Shape/design of the object

The shape and design of the object determine the surface area in contact with the surface on which it is moving. For example- if the shape of the body is streamlined so while traveling in water or air it will experience a lesser frictional force opposing its motion than any other shape.

It is the area of contact which matters, not the overall area of the surface something is moving on. If a ball of diameter 8 cm is rolling in a small room or a stadium, it makes no difference as long as the floor material and the speed of rolling are the same. Also, if a body has the shortest point of contact then the frictional force generated is also very less as compared to sliding the object it is preferred to roll the object for lesser friction.

So if two objects are in motion (considering they are made of the same material and shape are moving at the same speed) then the larger body will suffer greater friction due to its larger area of contact which will generate a relatively higher frictional force or opposing force relative to its motion. 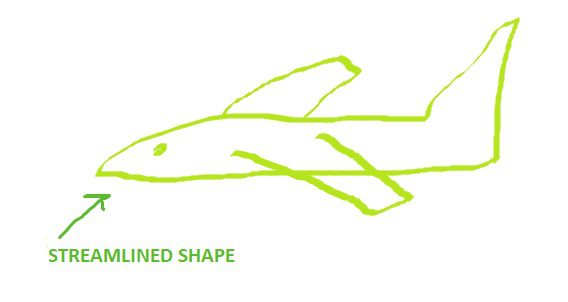 Force of friction or the opposing force restricting the motion of the body also depends on the Normal Force acting upon the sliding bodies. We usually think of the normal force as opposed to weight by following the Newtonian action-reaction pair. So higher the mass or weight of the object higher will the reaction or normal force generated. As the strength and magnitude of the normal force generated perpendicularly increases which is the force between the “sliding” surfaces, the strength or magnitude of the frictional force or opposing force also increases. 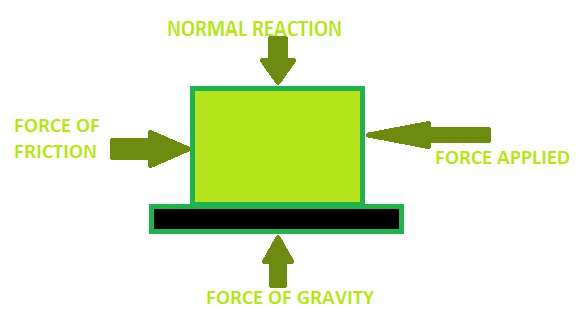 Question 1: What is friction?

Friction, force that resists the sliding or rolling of one solid object over another. Frictional forces, such as the traction needed to walk without slipping, may be beneficial, but they also present a great measure of opposition to motion.

Question 2: What are the two advantages and disadvantages of friction?

Friction produces unnecessary heat leading to the wastage of energy. The force of friction acts in the opposite direction of motion, so friction slows down the motion of moving objects. Forest fires are caused due to the friction between tree branches.

Question 3: What are the causes of friction?

Question 4: What is streamlined shape explain with example?

A special shape of the body that reduces fluid friction is called the streamlined shape. Example: Aquatic animals like fish, crocodiles, and sharks and the vehicles like cars, flights, ships act. Streamlined shapes help reduce the amount of air drag when an object is moving.

Question 5: Does friction depend on the surface area?

Question 6: Find the force of friction if the coefficient of friction is 0.25 and the normal reaction offered by the surface is 5N.

Question 7: What is the coefficient of friction if the frictional force exerted is 125N and the normal reaction force offered is 200N.

Hence, the coefficient of friction is 0.625.

Question 8: What is the normal reaction offered by the surface if the frictional force generated was 60N and the coefficient of friction to be 0.6.

Hence, the normal reaction generated by the surface is 100N.