In this article, we are going to see how to change the character spacing of a Textbox canvas using FabricJS. The canvas Textbox means Textbox written is movable and can be stretched according to the requirement. Further, the text itself cannot be edited like a textbox.

Parameters: This function accepts one parameter as mentioned above and described below: 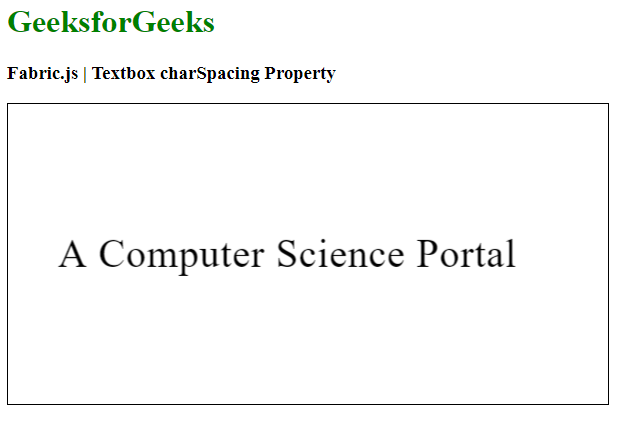