Approach: First import the fabric.js library. After importing the library, create a canvas block in the body tag which will contain the image. After this, initialize an instance of Canvas and image class provided by Fabric.JS and use the stroke property to set stroke of a canvas image. After this render the image on the canvas.

Parameters: This function takes a single parameter as mentioned above and described below:

Example: This example uses FabricJS to set the stroke property of the canvas image as shown in the below example: 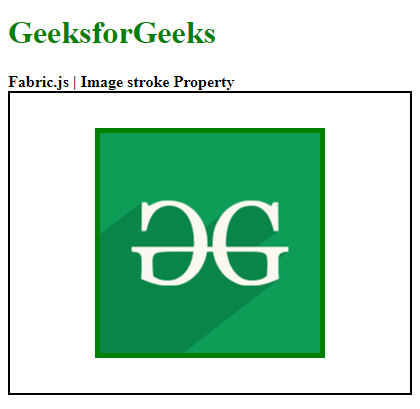 Complete Interview Preparation
View Details
System Design-Live Classes for Working Professionals
View Details
Data Structures & Algorithms- Self Paced Course
View Details
Most popular in JavaScript
Most visited in Web Technologies
We use cookies to ensure you have the best browsing experience on our website. By using our site, you acknowledge that you have read and understood our Cookie Policy & Privacy Policy