In this article, we are going to see how to set the angle of a canvas image using FabricJS. The canvas means the image is movable and can be stretched according to requirement. Further, the image can be customized when it comes to angle, stroke width, padding, etc.

To make this possible we are going to use a JavaScript library called FabricJS. After importing the library, we will create a canvas block in the body tag which will contain our image. Further, we will create an img element which contains the image to be added inside the canvas and set the style attribute to display: none; because we don’t want the image to be visible outside the canvas. After this, we will initialize instances of Canvas and Image provided by FabricJS and render the Image on the Canvas and set the angle of the canvas image using angle property as given in the example below.

Example: This example uses FabricJS to set the angle of the canvas image. 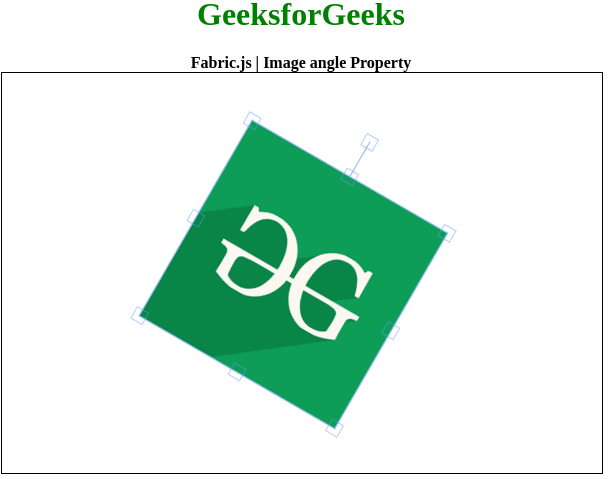