Bootstrap is an open-source CSS framework that is used for building responsive websites. It has HTML, CSS, JS framework for developing user friendly and responsive websites. As of August 2021, Bootstrap is the tenth most starred project on Github. The website has ready-made templates given along with their output, so that we can select the template as per the requirements. This open source was started by Mark Otto, and Jacob Thornton and it was initially known as Twitter blueprint. Thus bootstrap has made web developers lives easy due to all major collection of bootstrap and ready to use basic templates.

Forms in Bootstrap: Forms are the most needed template and integral part of each website used either for sign up, login, feedback etc. Thus the availability of forms templates in bootstrap has made it easy and we can directly use form template from bootstrap. Both the latest versions of bootstrap has forms template included in them. The major difference between both versions is that bootstrap 5 has dedicated section of forms while in version 4 the form is included in component section. Thus its highly recommended to go for version 5.

Example 1: In this example, we will see how to create a vertical form using Bootstrap 4.

Step 1: Include the following CDN links in the code in order to use Bootstrap 4.

Step 2: Now we will use bootstrap 4 forms with the input fields we want in the forms inside the body tag.

Example 2: In this example, the similar form is generated or can be seen in output as that of bootstrap 4 but some steps would differ. Now we will use bootstrap 5. The form can input email and password, along with that submit button would also be seen. We would start with the starter template and put the form code into body tag and the output could be seen. 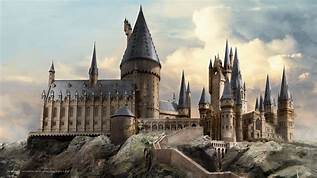 Complete Interview Preparation
View Details
System Design-Live Classes for Working Professionals
View Details
Data Structures & Algorithms- Self Paced Course
View Details
Most popular in Blogathon
Most visited in Bootstrap
We use cookies to ensure you have the best browsing experience on our website. By using our site, you acknowledge that you have read and understood our Cookie Policy & Privacy Policy