expect command in Linux with Examples

expect command or scripting language works with scripts that expect user inputs. It automates the task by providing inputs.

// We can install expect command using following if not installed

First we write a script that will be needing inputs from users and then we will write another script using expect to automate the task.

Ok, so let’s write down the script to answer questions of the above script.

The first line defines the expect command path which is #!/usr/bin/expect .

On the second line of code, we disable the timeout. Then start our script using spawn command.
We can use spawn to run any program we want or any other interactive script. The spawn command is used to start a script or a program like the shell, FTP, Telnet, SSH, SCP, and so on.
The remaining lines are the Expect script that interacts with our shell script.
The last line if the end of file which means the end of the interaction.

First we have to make the file executable and then run it.You can do this by typing the following: 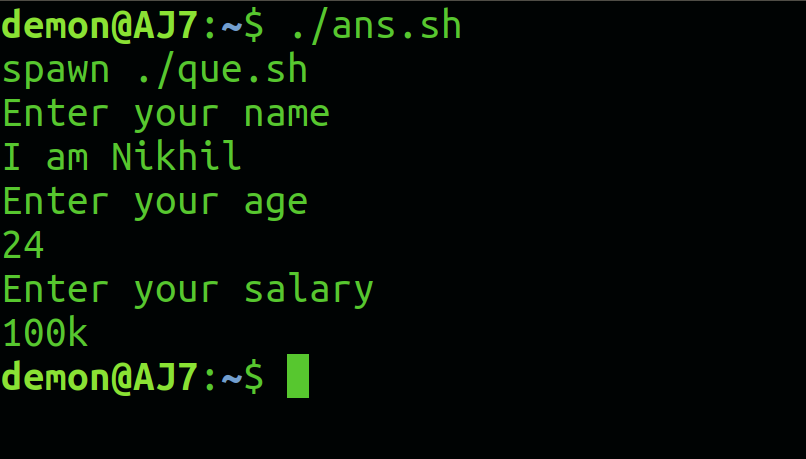 To build an expect script automatically, you can the use autoexpect command.autoexpect works like expect, but it builds the automation script for you. The script you want to automate is passed to autoexpect as a parameter and you answer the questions and your answers are saved in a file. 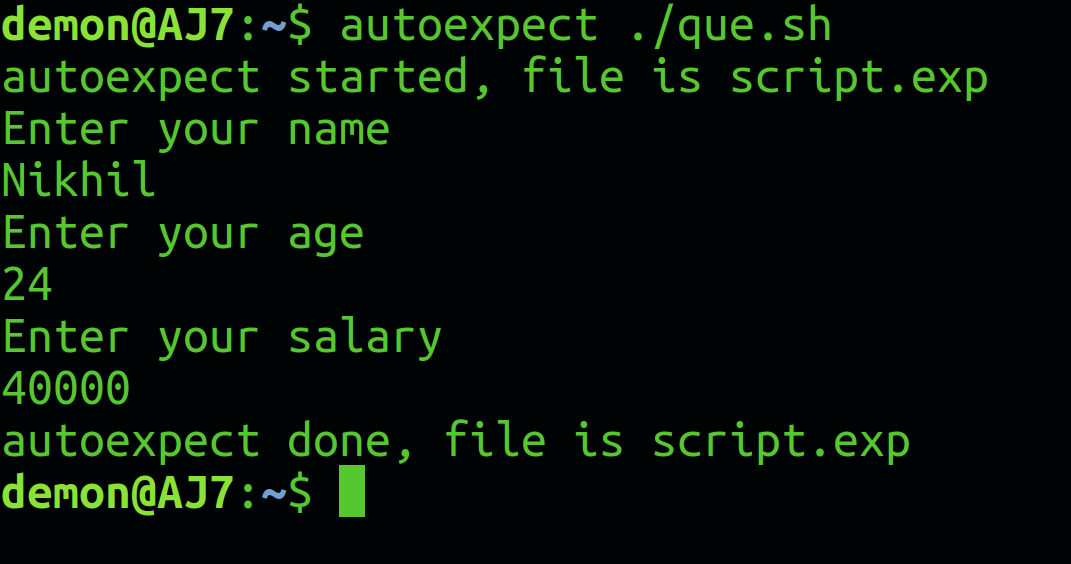 A file is generated called script.exp contains the same code as we did above with some additions.
if you run the file script.exp you will see the same answers that you provided. 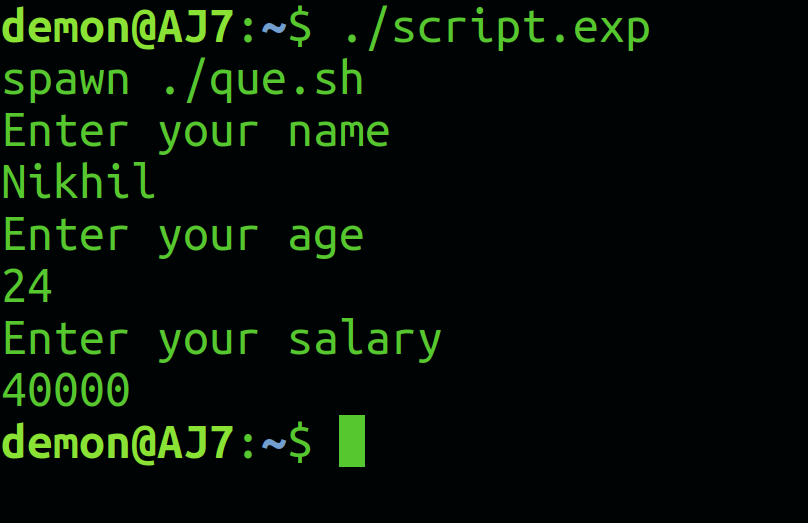