Prerequisite – Basis Path Testing
We have seen the steps involved in designing the test cases for a program using the basis path testing in the previous article. Now, let’s solve an example following the same steps.

Question : Consider the given program that checks if a number is prime or not. For the following program :

It is important to note that all three methods give same value for cyclomatic complexity V(G).

3. Independent Paths :
As the cyclomatic complexity V(G) for the graph has come out to be 4, therefore there are 4 independent paths.
Edges covered (marked with red) by Path 1 are: 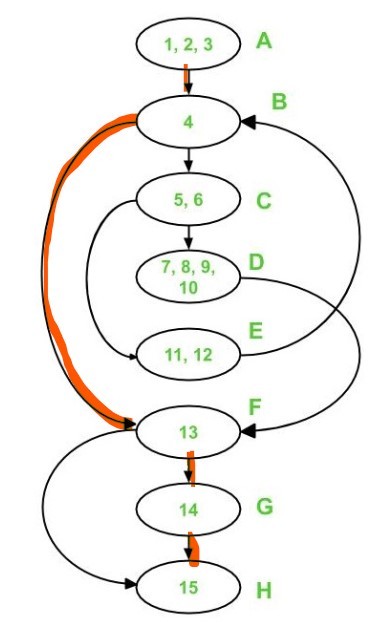 Edges covered by Path 1 and Path 2 are shown below : 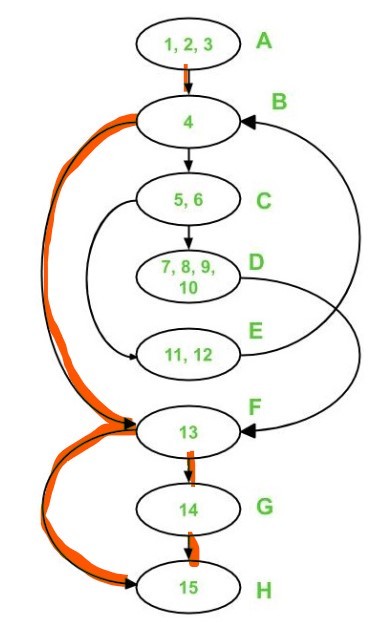 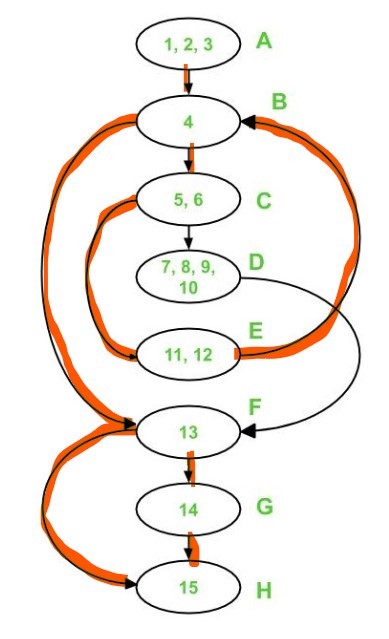 Now only 2 edges are left uncovered i.e. edge C-D and edge D-F. Hence, Path 4 must include these two edges. 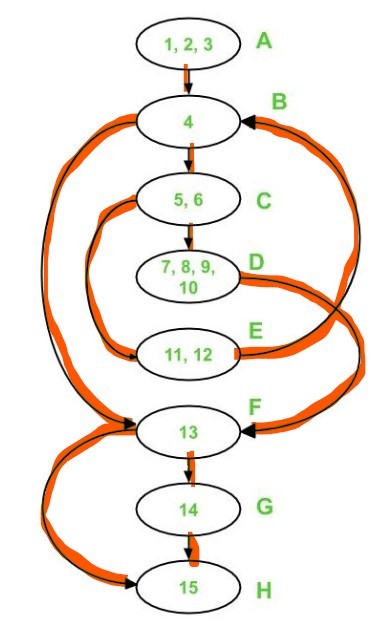 Each of these paths have introduced at least one new edge which has not been traversed before.

4. Test cases :
To derive test cases, we have to use the independent paths obtained previously. To design a test case, provide input to the program such that each independent path is executed.
For the given program, the following test cases will be obtained: