Carbon is special in its compound properties since it shapes various parts more prevalent than the absolute expansion of the relative multitude of different components in the mix with one another. The greatest gathering of this large number of parts is the one shaped via carbon and hydrogen. We know at least around 1 million natural parts and this number increments quickly consistently. Albeit the grouping isn’t severe, carbon shapes one more series of mixtures considered inorganic, in a much lower number than that of the natural mixtures.

Basic carbon exists in two distinct allotropic translucent structures: jewel and graphite. Different structures with little crystallinity are vegetal carbon and dark smoke. Synthetically unadulterated carbon can be ready by termic deterioration of sugar (sucrose) without any air. The physical and substance properties of carbon rely upon the glass-like construction of the component.

It is the second individual from the homologous series of alkanes. It very well might be viewed as gotten from methane by supplanting one H molecule with a methyl group and may hence be named methyl methane. Being comprised of two methyl groups. CH3CH3, it could be called dimethyl. It dissolves in the regular mineral oil and is developed into a vaporous state when the oil rises to the top. Natural gas contains little amounts (10-21 %) of ethane alongside methane. To a little degree, it is additionally present in coal gas and in ‘cracked petroleum’.

Based on arrangement naming is additionally done and as it is realized that naming is as indicated by the IUPAC nomenclature since it is a standard set in science. This IUPAC standard is utilized all over the place. In like manner, as there are single bonds present between the carbon atoms along these lines the suffix “ane” is utilized, and as there are two carbon particles accordingly prefix “eth” is utilized which totally makes it ethane, and its equation becomes C2H6.

Since isomerism in hydrocarbons relies upon the various structures of the carbon chains, the number of isomeric types of a specific hydrocarbon can be worked out by developing the conceivable carbon chains of that hydrocarbon. Beginning from the principal hydrocarbon methane which contains just a single carbon atom(C), the chain of ethane can be developed in a straightforward manner by adding to it another carbon molecule (C-C). 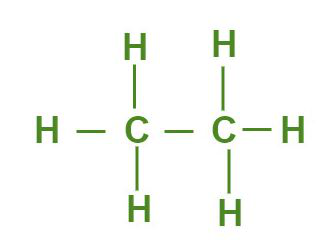 Some nitromethane is also produced by cleavage of the carbon bonds at elevated temperatures.

As we have discussed so much about ethane then we should know its common name which is dimethyl as it has two methyl groups present. Also in everyday life, we must have listened to the ethane gas then what is it? It is the ethane itself as we have already discussed that ethane is a colorless, odorless, and compressible gas.

Question 1: How is the naming done according to IUPAC nomenclature?

Based on arrangement naming is additionally done and as it is realized that naming is as indicated by the IUPAC nomenclature since it is standard set in science. This IUPAC standard is utilized all over the place. In like manner to this, as there are single bonds present between the carbon atoms along these lines the suffix “ane” is utilized and as there are two carbon particles accordingly prefix “eth” is utilized which totally makes it ethane, and its equation becomes C2H6.

Question 2: Can ethane be classified as a hydrocarbon?

Many homes nowadays make use of natural gas as fuel for warming up our homes and for cooking. There are actually several gases present in natural gas, and ethane has the second largest percentage in natural gas. Ethane is a colorless, odorless, and flammable gas with a chemical formula of C2H6; it has two carbon (C) atoms and six hydrogen (H) atoms. It’s only composed of carbon and hydrogen atoms, so it is classified as a hydrocarbon. The two carbon atoms are bonded together and there are three hydrogen atoms attached to each carbon atom. All of the bonds that we see here are single bonds. For this reason, ethane is classified as an alkane. An alkane is a chemical compound that consists of hydrogen and carbon atoms and is only made of single bonds.

Question 3: What are the uses of ethane?

The uses of ethane are as follows: Ethane is primarily used as the raw material for the production of ethylene for further production of plastics, fruit ripening and detergent making scientific research, it is used in liquid form for vitrifying water-rich materials can also be used for producing ethyl alcohol, acetic acids or other similar organic compounds can also be liquefied for use as fuel for automobiles.

Question 4: How is ethane produced?

Question 5: What happens when ethane reacts with halogens?

Ethane reacts with chlorine in diffused daylight when all the 6 “H” atoms are replaced in turn by chlorine atoms yielding a mixture of various chloro- derivatives.

Question 6: How to prepare Ethane from Potassium acetate?

Ethane can also be prepared conveniently by the electrolysis of a concentrated solution of potassium acetate. 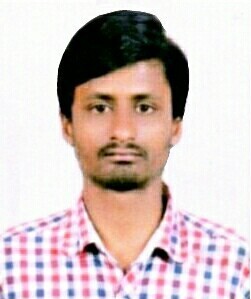