At the point when an association is laid out, the server will show the IP address and Port from where it has acknowledged the association, and the client will request the string which is to be sent to the server. The server on receipt of the string will show it, and send an affirmation which will be received by the client.

Gather the server and client programs independently. Prior to gathering change the IP address in the two projects to match that of your machine.

Note: To get your IP address run ‘ipconfig’ from the order brief in Windows NT/2000 m/c’s. 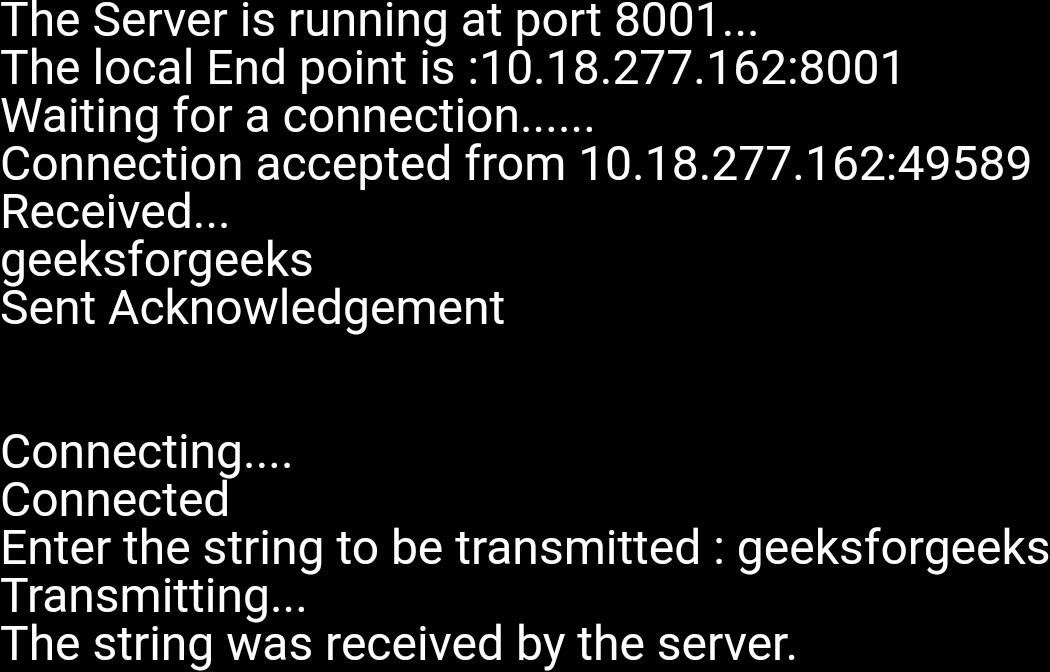