Error Detecting Codes (Implemented either at Data link layer or Transport Layer of OSI Model)
Whenever a message is transmitted, it may get scrambled by noise or data may get corrupted. To avoid this, we use error-detecting codes which are additional data added to a given digital message to help us detect if any error has occurred during transmission of the message.


Basic approach used for error detection is the use of redundancy bits, where additional bits are added to facilitate detection of errors.

1. Simple Parity check
Blocks of data from the source are subjected to a check bit or parity bit generator form, where a parity of :

This scheme makes the total number of 1’s even, that is why it is called even parity checking. 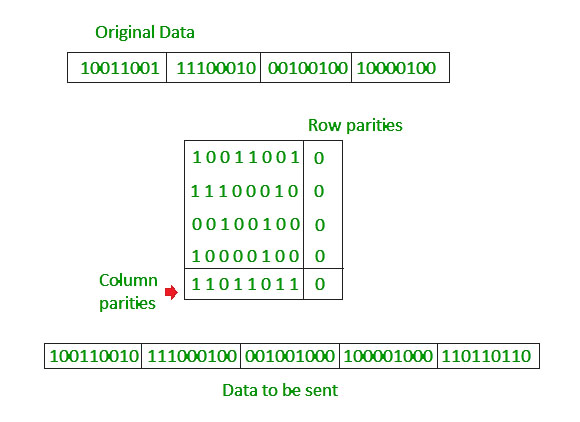 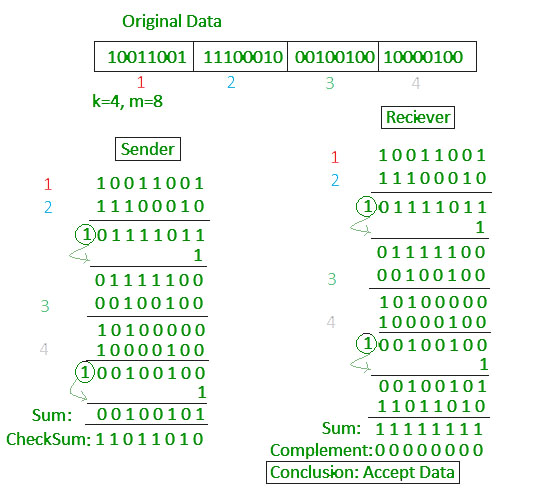 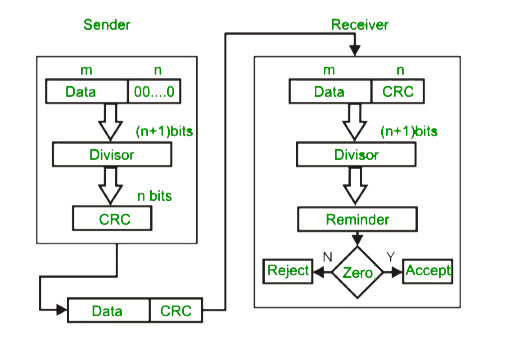 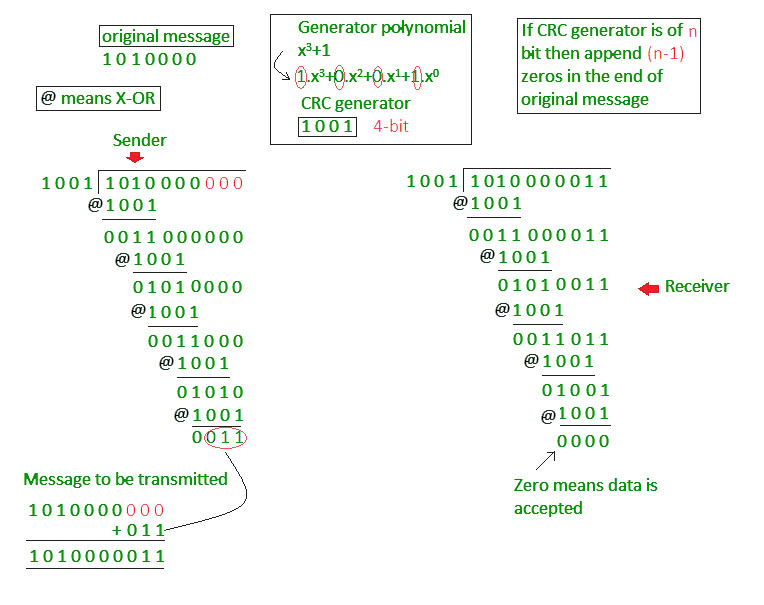 
This article has been contributed by Vikash Kumar. Please write comments if you find anything incorrect, or you want to share more information about the topic discussed above.