Equations of Lines Parallel to the x-axis and y-axis

Linear Equations allow us to explain a lot of physical phenomena happening around us. For example, A train running between two stations at a constant speed, the speed of a falling object. Even the straight lines we draw on paper can be represented in form of linear equations mathematically. A linear equation in two variables can be represented on a 2D graph as a straight line. Let’s look at them in a formal way.

Linear equation in two variables are represented as,

Here a, b, and c are real numbers. a and b both should not be zero.

Solutions to the linear equations

Question: Find out different solutions to the equation y + 2x = 4.

To find out the different solutions in general. Let’s assume one variable and find out the value of other variables.

So, like this many solutions can be found for the given linear equation.

Let’s see now how to plot these solutions on the graph.

Plotting the Solutions on the Graph

The solutions to the linear equations in two variables make a straight line on the graph. There are some types of patterns observed in the plots of linear equations. These linear equations sometimes pass through the origin, sometimes are parallel to the x-axis or y-axis and most of the time are skewed. We will look at all these cases with examples

Putting x = 0, we get y = -5. Similarly, let’s put different values of x and figure out the values of y. After finding out sufficient values, we will join all of them to make a straight line. 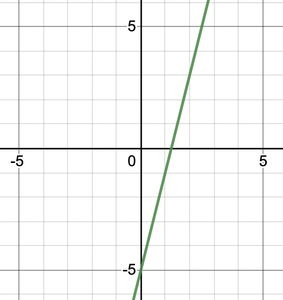 Equation of Lines parallel to x-axis and y-axis

Sometimes linear equations when plotted on a graph become parallel to either the x-axis or y-axis. When does that happen? And what does it mean?

For a general equation of the form

Where k is any real constant.

In one dimensional plane, these equations will represent a point x = k or y = k. But when they are brought and represented as a linear equation in two variables, they represent lines parallel to axes. Let’s look at how does this happen.

x – 2 when represented as an equation in two variables will look like x + 0.y – 2 = 0. Let’s find the solutions to this equation and plot them. Notice that the equation won’t be affected by any value of y. So, all the values of y can be included in the equation. The only value of x that satisfies the equation is x = 2. 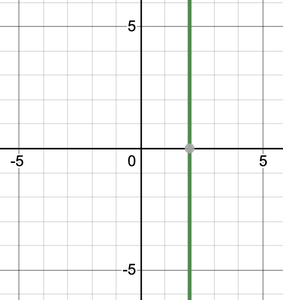 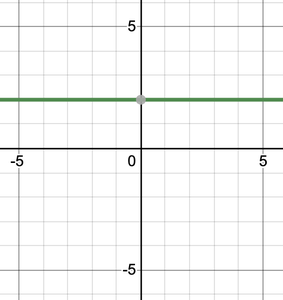 Some equations have (0, 0) as a solution. The plot for such equations will always pass through the origin. For example:

(0,0) satisfies these equations, which means it is one of the solutions and the graph of this equation now must pass through the origin. Let’s plot its graph by finding out other solutions. 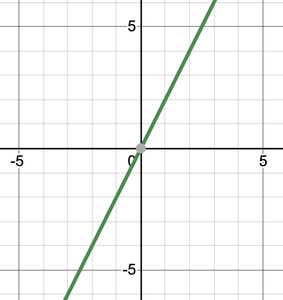 Notice that these equations are in the form

The constant ‘c’ is always zero in this case. If it’s not zero, these equations cannot have (0, 0) as a solution.

Let’s look at sample problems related to these concepts we studied till now. 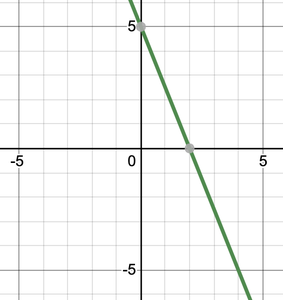 Question 2: Give geometric representation for x = 10.

As explained in the previous sections, this can be represented as, 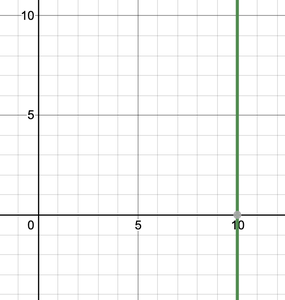 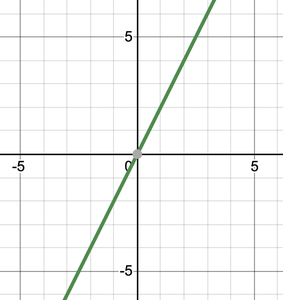 The solution the equation should satisfy it. (2,3) is a solution.

Question 5: We know that the force applied to the body is directly proportional to its acceleration. The proportional is given by the mass of the body. Let’s say have a body of 5Kg. Plot the Force and acceleration curve for this body.

Here,”k” is the constant of proportionality which is given by the mass of the body.

So, the equation becomes

Now let’s plot the solutions to this equation, 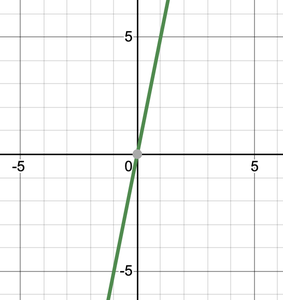 Question 6: Give the geometric representation of y = 5 as

Plotting the solutions to this, 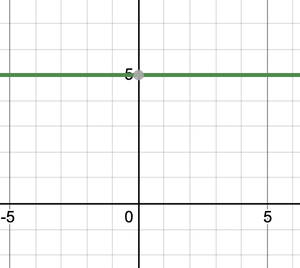