The energy-momentum relation is a relativistic equation that can be used to link an object’s mass, total energy, and momentum while it is at rest. This relativistic equation applies to a macroscopic body whose mass at rest is m0, the total energy is E, and momentum magnitude is p, with c denoting the speed of light as the constant. This equation applies to a system with total energy E, invariant mass m0, and momentum of size p; the constant c is the speed of light. It takes the special relativity scenario of flat spacetime into account. The total energy is the total of rest and kinetic energy, whereas invariant mass is mass measured in a center-of-mass frame.

The formula for the energy-momentum relation is given as follows,

The energy-momentum relationship can be derived by blending the Einstein relationship with the relativistic momentum expression. 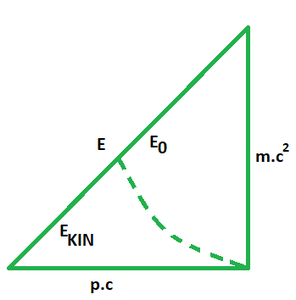 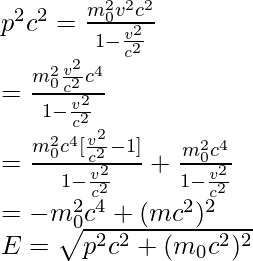 The formula for the energy- momentum relation is

Substituting the values in the formula we have, 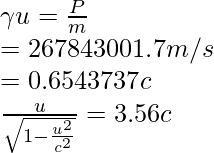 Question 3: At 12.0 V, a car battery is evaluated to shift 600 ampere-hours (Ah) of charge. Determine the increment in rest mass of the battery from fully drained to recharged, assuming that no chemical reactions take place.

Time needs to be converted into hours. Thus, 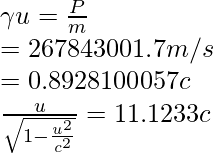 Question 5: Does an object with momentum always have energy? Is the reverse also true? Explain.

Yes, an object with momentum always has energy. If the object has momentum (mv) it must be moving, and if it is moving it has kinetic energy.

No, an object with energy does NOT always have momentum. An object can be at rest and have potential energy (a book resting on a desk, for instance). Since this object’s velocity = 0, its momentum is zero. 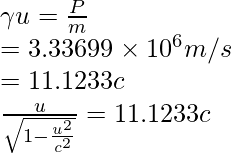 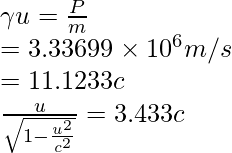 Squaring both sides, we obtain: