Concept of AI goes back to the classical ages. Under greek mythology, the concept of machines and mechanical men were well thought of. In 1950, “ALAS TURING”, published landmark paper “Computing Machinery and Intelligence”, proposes the “Imitation Game”, known as the famous “TURING TEST” He speculated about the possibility of creating machines that think. Unfortunately, until this date, we haven’t found a machine that has fully cleared the Turin Test. Followed by this was the era of 1951, in which MARVIN MINSKY and DEAN EDMUNDS built the first artificial neural network using 3000 vacuum tubes stimulating 40 neurons. Next in 1952, ARTHUR SAMUEL wrote the first machine learning program(Game AI) for checkers. In 1956, there was the birth of AI. JOHN Mc CARTHY first coined the term “AI” at the Dartmouth Conference. Coming to 1959, the first AI laboratory, where the research on AI has begun, MIT lab, which is still running to date. Followed by this, in 1960, the first robot was introduced to the General Motors assembly line. In 1961, the first chatbot was invented, now we have Siri and Alexa, but in 1961 there was a chatbot known as Eliza which was introduced by the time. This is followed by IBM Deep Blue, in 1997 the news broke down that IBM’s Deep Blue beats the world champion Gary Kasparow, in the game of chess. This was the first accomplishment of AI to beat the world champion. In 2005, when the DARPA Grand Challenge was held, a robotic car named Stanley was built by the Stanford Racing Team won the DARPA Grand Challenge. There was another big accomplishment of AI. In 2011, IBM’s question answering system, WATSON, defeated the two greatest Jeopardy champions, Brad Rutter and Ken Jennings.

This was how AI evolved, it started off hypothetical situation right now it is an important technology in today’s world. If you look around us everything run through AI, Deep Learning and Machine Learning. Since the emergence of AI in 1950, we have actually seen exponential growth in its potential. So AI covers domains such as Machine Learning, Deep Learning, Neural networks, Natural Language processing expert systems and so on. It had also made its way into computer vision and image processing. Now the question here is, for over half a century why it has suddenly gained so much importance, why are we interested in knowing about AI now? The main reason for the demand for AI is that we have more computer power now and AI requires a lot of computing power.

The term AI was first coined by John Mc Carthy in the year 1956 as mentioned above. He defined AI as the science and engineering of making intelligent machines. The theory and development of computer systems able to perform tasks normally requiring human intelligence, such as visual perception, speech recognition, decision-making and translation between languages. One of the most famous applications of AI is google predictive search engine, when you began typing a search term google makes recommendations to you to choose from, which is AI in action. So predictive searches are based on data that Google collects about you such as your browser history, your location, your age and other personal details. Using AI Google tries to guess what you are trying to find. Coming to health care, IBM

Watson Healthcare is one of the finest developed AI software. More than 600 healthcare organizations use IBM AI technology, all over the world.

Another initiative taken by google was Google’s AI Eye doctor which can examine retina scans and identify a condition called diabetic retinopathy, which can cause blindness. Now in Social Media platforms like Facebook, AI is used for face verification wherein you make use of machine learning and deep learning concept in order to detect facial features and tag your friends. So we are unaware that we use AI very regularly in our life. All the social media platforms like Instagram, Facebook, Twitter heavily rely on AI. Another such example is Twitter’s AI which is being used to identify any sort of hate speech and terroristic languages in tweets. Coming to virtual assistants we have Siri and Alexa right now. Also, another newly released google’s virtual assistant called the google duplex, which has astonished millions of people around the world. Not only it can respond to calls and book appointments for you, but it also adds a human touch. Another famous application of AI is Tesla’s self-driving car. So AI implements computer vision, image detection, deep learning in order to build cars that can automatically detect any objects or any obstacles and drive around any human intervention. So, if we look around at it AI is actually used by the tech giants. A lot of tech giant companies like Google, Tesla, Facebook are all these data-driven companies. In fact, Netflix also makes use of AI for different movie recommendations for its user. Apart from Netflix, Gmail also uses AI on an everyday basis. If we open up our inbox right now, we will notice that there are separate sections called spam mails also. It makes use of AI and machine learning to classify emails as spam and non-spam. Many times certain words or phrases are frequently used in spam mails, if you notice your spam emails they have words like a lottery, earn a full refund and so on. All of this denotes that the email is more likely to be a spam one.

Thus, AI we use today is narrow AI (weak AI) however, the long term goal of many researchers is to create general AI (AGI or strong AI). Now we are in research through the applications of AI in public, AI in the military and so on. This is not the end of AI, there is more to come from it. In future, it can be a whole society of robots. 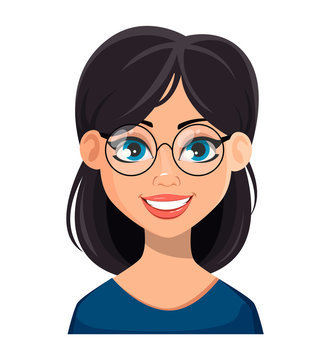