Introduction to Emacs Editor in Linux/Unix Systems: The Emacs is referred to a family of editors, which means it has many versions or flavors or iterations. The most commonly used version of Emacs editor is GNU Emacs and was created by Richard Stallman. The main difference between text editors like vi, vim, nano, and the Emacs is that is faster, powerful, and simple in terms of usage because of its simple user interface. Unlike the vi editor, the Emacs editor does not use an insert mode, and it is by default in editing mode, i.e., whatever you type will directly be written to the buffer, unless you manually enter command mode by using keyboard shortcuts.

If the above method doesn’t work for you or you want to manually compile emacs, follow these steps:

The above steps will install Emacs into your system. To confirm the install, you can check using terminal using the following command:

To use emacs editor, use command – “emacs [-option] [file name]” (without quotation marks) :

Explanation: This command creates a file called new.txt if it doesn’t already exist. If the file with that name already exists, it’s content is copied to the memory buffer and shown at the editing buffer area.

Note: Using the emacs command with no filename opens the default interface of the emacs editor, as shown in the below image. This screen is user-friendly and you can navigate using the link options highlighted in the screen, like the option visit new file creates a new file buffer for you to start writing. 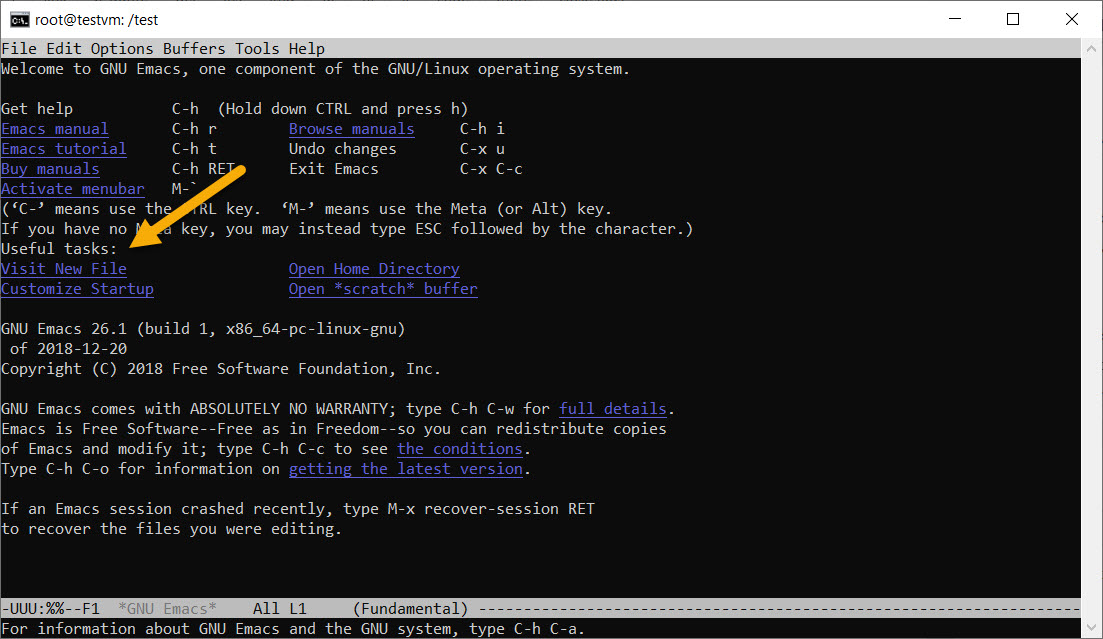 Note: For more options, you can type “man emacs” or “emacs --help” without the quotation marks. 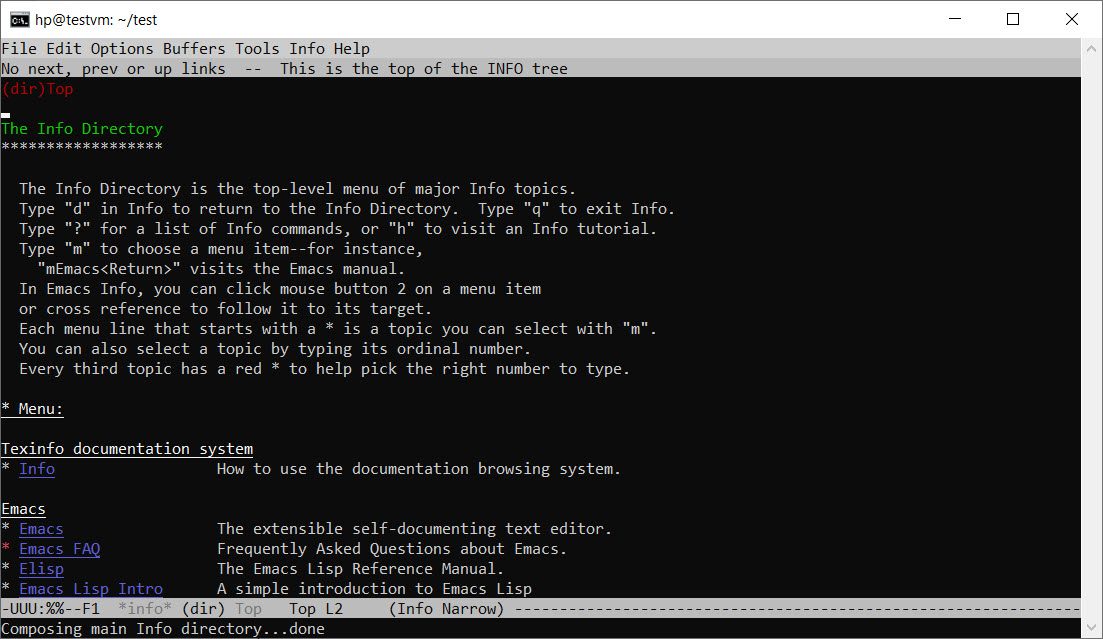